Port Chalmers: a cradle made of sea

The clatter and clang of the container terminal, red and green lights forming a path to the sea through the harbour, shags drying their wings on the transoms of fishing boats, glistening surf beaches and the lingering feel of the hundreds of years of history.

This the centre of Dunedin's cradle of sea, the West Harbour.

Unlike the heavily frequented Otago Peninsula, which grabs most of the attention of those visiting Dunedin, you won’t find tour buses crawling these roads, except on cruise ship days, when passengers are whisked through Port Chalmers and straight into the city, largely oblivious to the magic of their immediate surrounds.

The West Harbour’s central hub, Port Chalmers, bleeds history from its walls and is the best starting point for an exploration of Dunedin’s surrounding area.

The beautiful stone buildings here recall the days of sail when tall ship masts forested the harbour and sailors would tumble out of the town’s several pubs, headed for their next sojourn on the sea.

Walking the streets of this little town is an essential experience in understanding the Otago province as a whole, for so much of its European settlement began here. To really get a feel for the history of this place, take a walk up to the old cemetery on the hill (turn left up a poorly marked track just after you cross the railway lines on Church Street), where the gravestones of early settlers still speak of the hardness and adventure of their lives.

Today the shipping trade is a less romantic affair, but this is still the busiest port in the South Island and the rumble of the container terminal at all hours of the night has an industrious musicality about it.

Besides the constant roar of log trucks down the main street, the town is a quiet wee place, especially on weekdays, but there’s always somewhere open for good food, drink or coffee. Weekends are the best time to visit 'Port', when the second-hand shops throw open their doors and a lively half day can be spent wandering the town’s main street, chatting with locals and looking for a treasure bargain.

These days the Port Chalmers' community is, broadly speaking, a mixture of families long associated with the fishing or shipping trades, as well as more recently arrived creatives and intellectuals.

The great artist Ralph Hotere made this town his home and lived here until his recent passing. Many Dunedin musicians also live out here and there are several art galleries and craft shops to be found on the main street.

Port Chalmers is also a likely place to catch a gig, although the scene here has been a lot quieter since iconic venue Chicks Hotel closed its doors early in 2016. Nonetheless, gigs still occur at the Tunnel Hotel and The Galley Cafe & Bar.

Heading out around the harbour towards the mouth gives the traveller a lovely, intimate feel for the watery, beating heart of Otago; the drive hugs numerous bays before culminating at Aramoana, from where one can wander the coast or walk out along the kilometre-long 'Mole'. 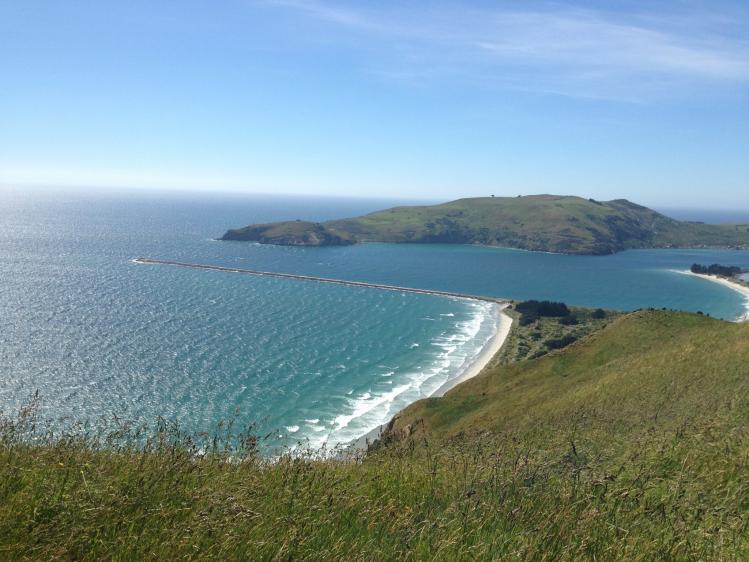 Aramoana Beach is a good spot to spot a sea lion and if conditions are right is also a world-class surf break. On the way back towards Port, stopping in at Carey’s Bay Historic Hotel is advisable. This is a magic spot for a pint overlooking the fishing boats lined up at the docks, especially when the sun is shining and the harbour sparkling, the green hills of the Peninsula framing the whole scene. Carey’s Bay is still very much a commercial fishing hub, and on Friday evening the pub fills up with people of the sea, just as it has for over 150 years.

From Port Chalmers, Blueskin Road climbs the hill, passing the Robert Falcon Scott statue just above the town. This memorial lookout affords a lovely view of the container port to the mouth of the harbour. Standing here, as the resident flock of feral roosters peck around your feet, one can well imagine the great Antarctic explorer’s ship Terra Nova making its way out through the heads, bound on the fateful voyage that would end his life.

The jewel of the coast north of Dunedin is the lovely Karitane, once an important Māori pā and later the site of the whaling station run by legendary entrepreneur Johnny Jones. To get here in scenic fashion, take the coast road, turning off just north of Waitati and winding through Warrington and Seacliff, past the site of the former mental asylum, and emerging above Karitane for a spectacular view up the coast.

Heading south from Dunedin offers more stretches of gorgeous coastline. Brighton, a quiet little seaside town with a patrolled beach is the best spot for a dip in the sea, followed by fish and chips or an ice cream from the little dairy. The most dramatic view of the coast is found at Tunnel Beach. 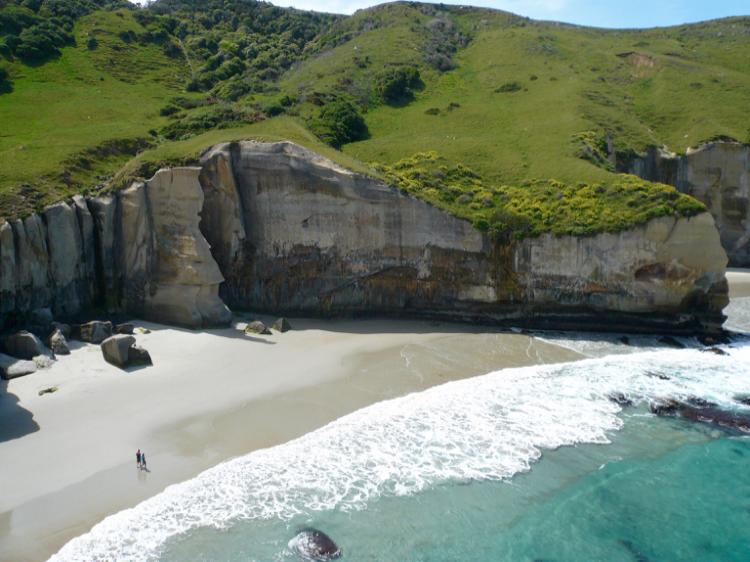 Return to Port Chalmers to recharge after your day’s exploring – look out on the harbour and imagine the rainy-wreathed, wild place the earliest explorers found here, rich in life and filled with possibility. Imagine those tall ships sailing down the channel to the wharves, the northeast wind at play in their sails and rigging. It’s not hard to do – history is a living thing here, a continuation. Pull up a pint at a window seat in the Portsider and drink it in.

What's the weather doing in Dunedin?

Dunedin city: islands in the flow

For every bitterly cold Dunedin day, there is another one, bright and blue, in which the harbour’s beauty will take your breath away and you wish to be nowhere else on earth. Read the story . . .

Loved by the locals: Dunedin city

Do what the locals do in Dunedin city.  Read the story . . .

Otago Peninsula is the ruins of a gutted volcano, an eroded pudding of lava that cradles in its arms the glorious Otago Harbour. Read the story . . .

Dunedin City: Edinburgh of the south

What's the weather doing in Dunedin?