Our marine reserves: treasures under the sea

Once upon a time (before 1975, that is) there were no marine reserves around the shores of Aotearoa New Zealand.

People were free to fish and forage in coastal waters pretty much whenever and however they chose and had done so for hundreds of years. They didn’t realise that slowly but surely, they were altering the marine ecosystem – and not for the better.

The turning point in this story is 1975 because that is when Aotearoa New Zealand’s first marine reserve formally became reality. It was created at Cape Rodney–Ōkakari Point (commonly known as Goat Island) on the east coast north of Auckland, initially to serve the University of Auckland’s school of marine science. It set the blueprint for those that followed.

In essence, the very simple, overriding edict for a marine reserve is no take. Nothing may be removed: not fish, not seaweed, not stones, not feathers or shells off the beach. People may walk, swim, dive, kayak, study and photograph within the boundaries of a marine reserve but at the end of the day, they may take nothing away with them.

It took a few years but scientists soon began to realise that something amazing was happening. Kelp forests within the Cape Rodney–Ōkakari Point Marine Reserve were re-establishing and with them, a whole healthy ecosystem was rebuilding, rich with anemones, sponges, other seaweeds, invertebrates and small and large fish that made the underwater forest their home.

It was miraculous. And it demonstrated so very graphically how nothing exists in isolation. Removing the largest creatures from the top of the food chain – the snapper and crayfish – had caused a ripple effect or cascade. Once the ecosystem was in balance again, a diverse, abundant, colourful world returned. 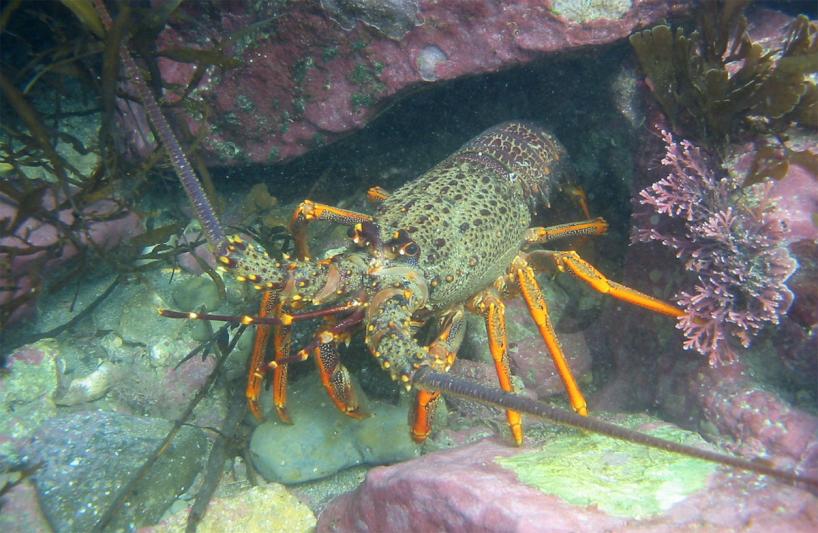 Cape Rodney–Ōkakari Point Marine Reserve was Aotearoa New Zealand’s first, but even though it was a success beyond its creators’ imaginings, it took many years before it was joined by others.

The creation of a marine reserve is no easy matter, requiring years and, in some cases, decades of consultation, application-making, hearings, belief and persistence. The second reserve – the only one signed off in the 1980s – was the Poor Knights Islands Marine Reserve, established in 1981. It was incomplete, however, because although commercial fishing ceased, recreational fishing continued until 1998. Then, when it was truly no-take, it took off. Like Cape Rodney–Ōkakari Point, today the Poor Knights Marine Reserve is a triumph. 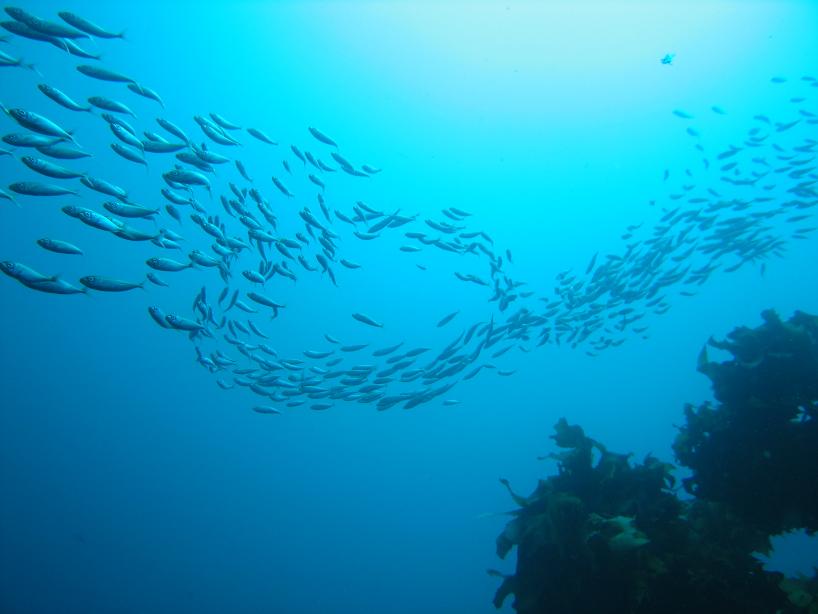 It was not until the 1990s that 13 more reserves were established across both islands. Since the new millennium another 29 have been added, bringing the total today to 44, including five reserves in waters around offshore islands – the remote and subtropical Kermadec Islands Marine Reserve in the north (stalled for the moment but earmarked for greater glory as an ocean sanctuary) and four in the distant south: Auckland Islands, Bounty Islands, Antipodes Island and Campbell Island.

Forty-four sounds impressive but when compared to Aotearoa New Zealand’s extensive marine territory – one of the largest in the world at 4,400,000sq km – it’s the merest drop in the ocean.

Ten of the 44 are a cluster in Fiordland and are almost one in effect, and there are significant stretches of coastline where there are as yet no marine reserves: the west coast of the North Island has merely three (two in Taranaki, one around Kāpiti Island) while the east coast of the South Island from Banks Peninsula south and across to Fiordland has none.

It’s worth noting that there are also other forms of marine guardianship, such as mātaitai and taiāpure reserves, marine mammal sanctuaries and marine protected areas. Each has varying degrees of protection according to individual and local circumstances. There was great excitement in conservation quarters in October 2016 with the announcement of a 1.55-million square kilometre Marine Protected Area in the Ross Sea in Antarctica.

This Marine Protected Area came into force in December 2017 and has a substantial ‘no-take’ component along with areas where limited fishing is permitted. It will protect the abundant and diverse and as yet, least exploited ocean in the world and is to be celebrated for many reasons, including the fact that it is the consensus of 25-countries that brings it into effect.

The Ross Sea MPA and the upcoming Kermadec Sanctuary are fabulous and to be applauded but must be complemented by more inshore marine reserves.

It’s not hard to see why. Once you have swum eyeball-to-eyeball with a massive, aged snapper; once you have seen children leaping with excitement at the sight of a stingray or snorkelled among schools of fish in a marine reserve, there’s no going back.

Even those who oppose the making of a reserve tend to become converts once its benefits are obvious. The value of marine reserves for recreation, to tourism, for science, for our children and grandchildren, is overwhelmingly evident.

Above all, marine reserves are to be treasured for their own sake, for the plants and creatures that live within them, untrammelled, in balance, increasingly healthy, rich and beautiful beyond measure. Let’s look forward to more of them. 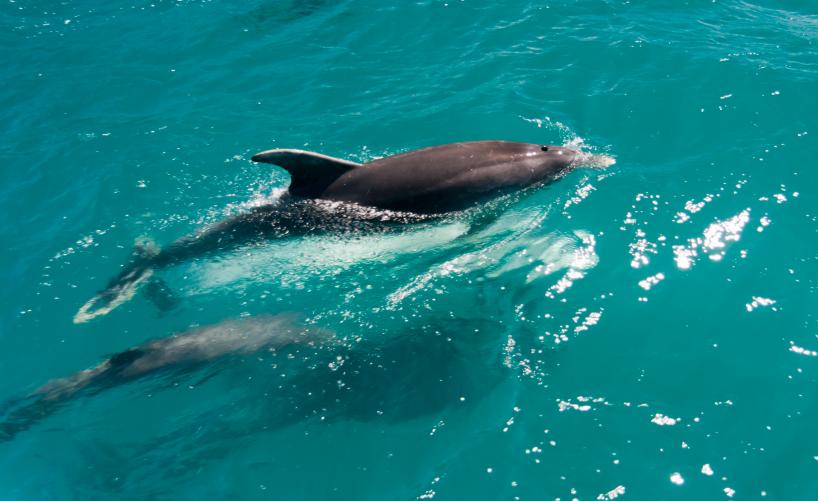 Janet Hunt is an award-winning author who combines her talents for writing, graphic design and photography with a passion for the natural world of Aotearoa/New Zealand. She lives in Inglewood, Taranaki but has spent much of her life in the Auckland region, especially on Waiheke Island, which she regards as her second home. She is a long-time member of Forest & Bird and current chair of the North Taranaki branch.

Show me more by Janet Hunt

The marine reserve at Cape Rodney-Ōkakari Point, north of Auckland, offers some of the best snorkelling and scuba diving close to the city. Read the story . . .

Visiting this reserve is an unparalleled opportunity to see whale, dolphin and seabird species, often in large numbers. Read the story . . .

Akaroa is a very special place, visited by the world’s smallest dolphin, the Hector’s dolphin.  Read the story . . .

Parininihi Marine Reserve captures a typical slice of the north Taranaki coastline, as well as the possibly unique sponge gardens of Pariokariwa reef.  Read the story . . .

Janet Hunt is an award-winning author who combines her talents for writing, graphic design and photography with a passion for the natural world of Aotearoa/New Zealand. She lives in Inglewood, Taranaki but has spent much of her life in the Auckland region, especially on Waiheke Island, which she regards as her second home. She is a long-time member of Forest & Bird and current chair of the North Taranaki branch.

Show me more by Janet Hunt