If you’re looking to swap the comforts of Wellington city for a little slice of outdoor adventure, then pop Mākara Beach into your GPS and get ready to step back in time.

The trip out to this quirky coastline is not for the faint-hearted, so unless you’re a seasoned triathlete or mountain biker, take the car. Mākara can be reached either via Johnsonville and Ohariu Valley or through the sprawling suburb of Karori, high up in the hills overlooking the city.

I’ve chosen the drive through Karori and out along the winding Mākara Road to the small coastal community on the south-western corner of the lower North Island. Although the trip is just over 30 minutes, it does pay to keep an eagle eye on the road, watch driving speeds – especially on the narrow corners – and look out for cyclists and the odd loose rockfall.

First settled around 1840, Mākara Beach was only accessible by water or Māori walking tracks until South Mākara came into existence in 1859. Alluvial gold was discovered in the mid-1860s and some 1000 men streamed into the district resulting in a rapid increase in services. However, no large-scale workable gold deposits were ever found so Mākara resumed its sleepy lifestyle. Farms were established in the early 1900s producing butter and milk.

Along the way, I pass the Mākara Cemetery, Wellington’s principal cemetery and the first in New Zealand to offer natural burials. Set on 84 hectares of semi-rural land bought in the early 1950s, the cemetery includes Ngā Iwi o Te Motu Urupā burial ground which is open for Māori and their whanau. Local area attractions include the 62 wind turbines at the West Wind Farm, Pony Club, Karori Golf Club, and the Mākara Peak Mountain Bike Park.

I snake my way into Mākara Beach and park in the gravel carpark facing the ocean. Not much has changed in over a century, save the addition of a few Kiwi baches and some beautification works by the local council, mainly by the river which runs along the base of the hills before emptying out into the Tasman.

Today, the islands at the tip of the South Island seem tantalisingly close and the sea a myriad of blues gently lapping the foreshore.

But don’t be fooled! If Father Time has bypassed this sleepy hollow, Mother Nature certainly hasn’t. Tomorrow, a raging sea could be pounding the beach with winds so strong that even getting out of your car would be a mission. And when you read ‘beach,’ don’t think stretches of golden sand – this is rugged Kiwi coastline at its finest.

A favourite haunt for fishing, Mākara Beach provides surf casting, rock fishing, snorkelling, eeling in the river mouth and, for those who bring their boats, deep sea fishing and diving far out from shore.

Today I’m planning to hike up into the surrounding hills then back via the foreshore on one of the best coastal walks around the greater Wellington area. The Mākara Track is a six-kilometre, three to four-hour loop that is more suited to intermediate walkers or families with school-aged children. The rough pathway from the beach passes the ancient Ngāti Ira pa site which lies on the promontory at the western end of Fisherman’s Bay and, at the top of the cliffs, I find the Fort Opau gun emplacements. Garrisoned by 100 soldiers during World War II, Fort Opau was operational until June 1944 when the guns were removed. The views of Cook Strait, Mana and Kāpiti Islands and the South Island are stunning.

At Opau Bay some hardy souls have donned swimming gear and taken the plunge. The beach is relatively sheltered today, but it’s too chilly to entice me into its watery embrace. I tackle the rocky coastline which runs beneath the clifftops until at last I’m back in the Mākara Settlement and heading towards the relaxed ambience of the Mākara Beach Café for a well-earned latte. 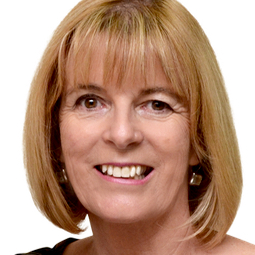 A love of history and exploring new places inspired Annie Jenkins' passion for travel and writing. Working in the travel industry has afforded her the opportunity to explore numerous locations throughout New Zealand, Australia, and South East Asia. She is now based in Tauranga where she works as a freelance writer.

Cook Strait crossing: one of the most beautiful in the world

Anyone who has ever done a road trip of New Zealand will have indelible memories of their Cook Strait crossing. Read the story . . .

A love of history and exploring new places inspired Annie Jenkins' passion for travel and writing. Working in the travel industry has afforded her the opportunity to explore numerous locations throughout New Zealand, Australia, and South East Asia. She is now based in Tauranga where she works as a freelance writer.