You'd be hard-pressed to beat a Raglan sunset. © NCHANT

In the 1966 cult surfing movie Endless Summer, filmmaker Bruce Brown follows two surfers, Mike Hynson and Robert August, on a surfing trip around the world and they end up in Raglan waters.

'The unique thing about this place,' says Brown as the camera follows the two surfers catching wave after Raglan wave, 'is the length of the ride. The ride’s so long, it’s ridiculous... you go out surfing for the day here at Raglan and you get two rides: one after breakfast and one after lunch. You try for three, you starve to death.'

It’s part of the Raglan vibe that you could walk the main street any day and find visitors from all over the world who have come to check out the place with the longest left-hand surf breaks. These days, the small town has become so popular with visitors in the summer months that the car park is often full at legendary surf spot Manu Bay and you can guarantee the locals will have retreated to one of the many secret spots in the area for a quiet, uninterrupted wave. But even on the most popular days and in the most crowded waters, there is an unspoken rule that Raglan residents must be respected and outsiders have to wait their turn. This rule also applies around town. 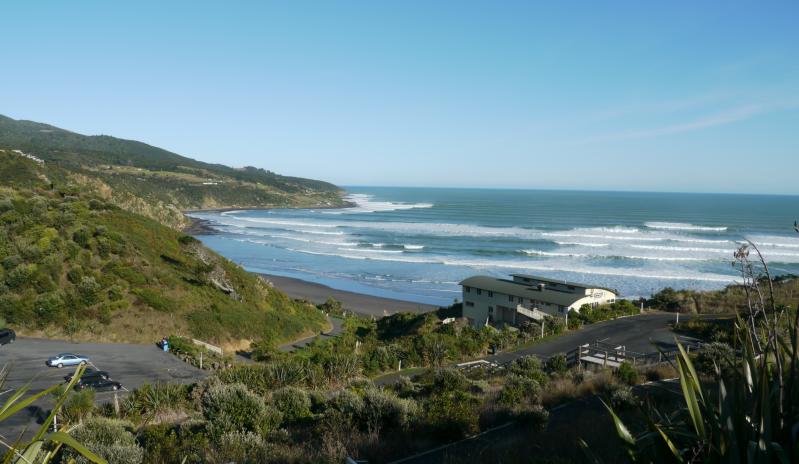 Raglan was known up until 1858 as Whaingāroa, meaning ‘the long pursuit’, which referred to the Tainui tribe’s waka that was in search for its destination and you will often hear people refer to the town by its original name. Raglan came from the name of the British Commander of the Crimean War. The permanent population in the town is around 2700; a diverse crowd from business people to creative types (often both) and with Hamilton a 45-minute drive away, it’s common for them to commute into the city for work.

Raglan on weekends and sunny days and Raglan when the surf is up, well, that’s a different story... Forget about getting a park at Manu Bay; you won’t get one anywhere. Locals call visitors to the town 'the blow-ins'.

In summer, the place looks like a lifestyle ad for hipsters.

Everything about Raglan is becoming fashionable.

And with the increasing popularity of any food item that has the name Raglan attached to it, things are likely to get busier.

The town’s popularity, outside of the surfing crowd who have always visited, has been a long time coming. Raglan has got to be one of the most beautiful places in the country. Driving down the main street with glimpses of the harbour is magic and the sights continue as you make your way to Ngarunui Beach. From there they amplify as you wind around the bays, the immense cliffs and the water providing views you’ll never tire of. 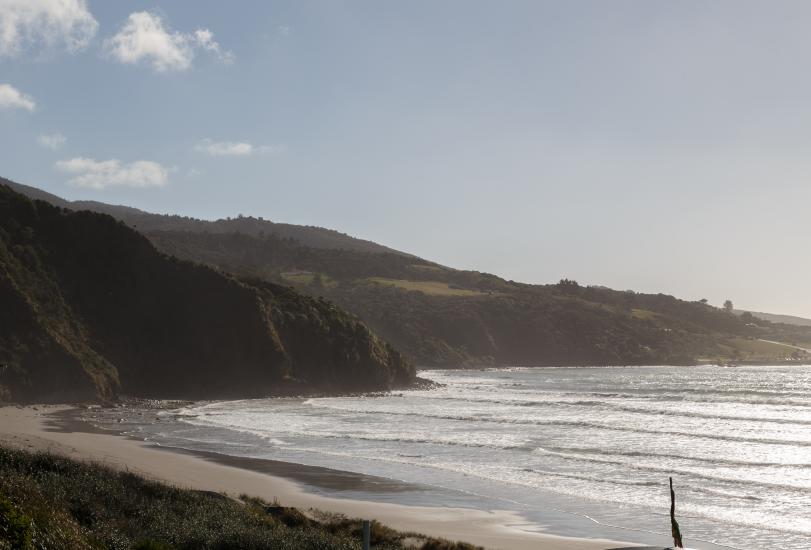 There is a roughness to West Coast beaches that is raw and somehow intimate. Every time I visit I can’t fathom why I haven’t moved there.

When I was at Primary School, a boy in my class went to Raglan for his summer holiday and the rest of us looked down our noses at him. It was partly because Raglan is so close to Hamilton, where we lived. But it also had to do with the fact that Raglan lacked the sparkle of the East Coast beaches that captured our one-dimensional minds. We kids were sucked into the emerging culture of the holiday homes and the high-rise apartments that were rapidly taking over Mount Maunganui. Going to The Mount felt like going someplace glamorous, where Raglan felt like going home.

Give me Raglan any day. The place has changed in many ways since I snubbed it as a child, but in essence, it has stayed the same. Now, there might be a hell of a lot more architecturally designed holiday homes, but none of them are monstrosities like those you might see at, ahem, East Coast beaches, and the tallest building on the main street in Raglan is the old hotel and pub that has been there forever. 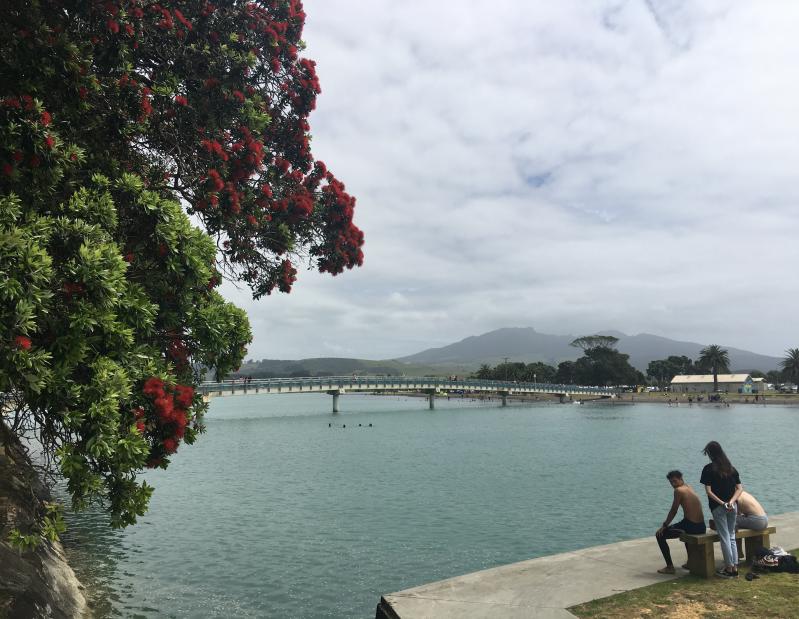 In 2013, a sign went up on the main street in Raglan to advertise that burger chain Wendy’s was coming soon. People flipped. It didn’t take long for them to click that it was an April Fools Day joke, but the town’s reaction illustrates the resolve of its people to stay true to its roots and allowing an American fast-food chain through the gates couldn’t be further from the Raglan vibe. Residents also chased McDonald's out of town when it was looking to set up shop there.

Raglanders are proud of their ability to maintain a clean, green aesthetic, thanks in part to the local Xtreme Zero Waste Recycling business that has diverted almost three-quarters of the town’s waste from reaching a landfill since 2010 and has set the gold standard for recycling internationally.

What to do in Raglan on a visit? Well, start with a Rocket coffee and breakfast at The Shack, then wander along the township where you’ll find a mix of new and old clothing and treasures, most of the shops worth visiting. Don’t miss the local grocery store Whaingāroa Organic Kai that stocks the award-winning Raglan Coconut Yoghurt.

Then, to the beach! Ngarunui sits at the bottom of a rather steep driveway and there’s a large viewing spot and car park up above. From the top, you may recognise the views as they have been widely photographed, but in real life, the water sparkles like nothing and puts a lump in your throat because it’s so blimmin’ beautiful. Here on this black-sand beach, you’ll find the main spot for swimming and it’s also a popular place for inexperienced surfers to practice. Conditions can be rough, so stay between the flags.

Heading South, you will travel through greenery and windy roads for a while before coming across Manu Bay. If you don’t surf, it’s fun to park up and watch, as there are great views from the car park. On and on you can go and the surf spots like Whale Bay and Indicators will accommodate your levels of skill, and if you’re not there to surf they will meet every expectation you have of enjoying the view and probably exceed them. If you drive further south on Wainui Road, you will get to a car park and a viewing platform for Te Toto Gorge.

Nothing will prepare you for the view. If you have a partner and you’re not married, take a ring.

Once you hit Raglan and travel in any direction, you are bound to find beautiful things. Hire a surfboard, or take a towel and a book to the beach, or drive from bay to bay and enjoy the feeling it gives you of an endless summer.

Loved by the locals: Raglan

Driving down into the guts of The Mighty Waikato from the Kaimāī ranges you get a good look at the land as it flexes its muscles. Read the story . . .

Raglan: you don’t have to be a surfer, but it helps

Ask anyone with salt-draggled hair and the odd piercing where the best surf break in New Zealand is and there’s a fair chance they’ll name Raglan without a moment’s hesitation. Read the story . . .

Catch gentle waves at Ngārunui Beach or ride the long, glassy left-hand breaks that make this spot the surfing mecca it is. Read the story . . .