Waipā: a slice of royalty in the Waikato

Every little girl wants to get married in the white church on the corner as you drive into Cambridge.

Even in adulthood, the place looks like a fairytale. In the township, the excited bustle of people feels like a holiday. Framing the town and woven throughout it are colonial age trees. Leaves on the street. Cambridge, appropriately named after Prince George Duke of Cambridge, has a royal feel to it, a kind of genteel air. Along with its athletes and its fine food, it has a high number of antique shops, historic buildings and so many pretty trees. If ever there was a place to take your grandma for a drive and a cup of tea, this is it. 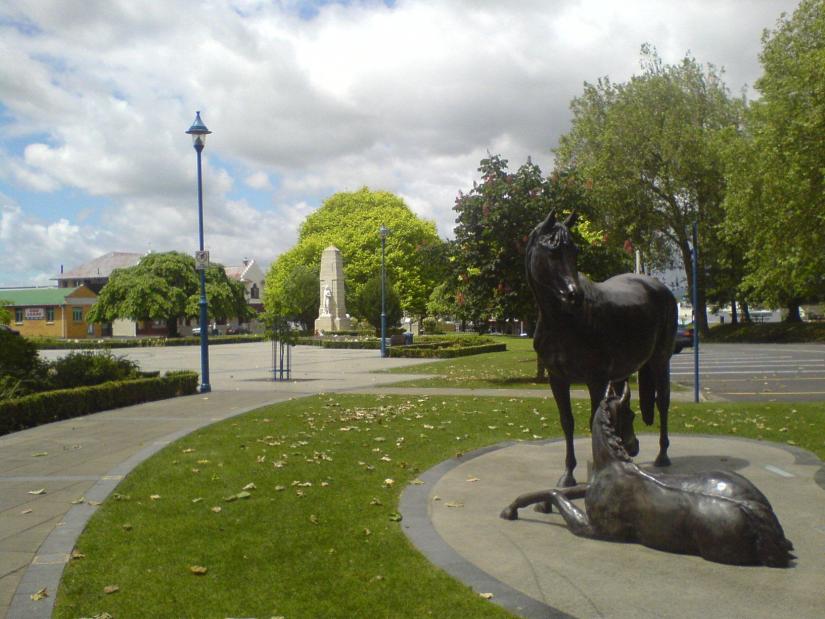 There are a few things people must know about Cambridge before visiting. For starters, it has a disproportionately high number of athletes, so it’s likely you will walk through town on any given day and see people so toned and, well, athletic, they will make you want to start exercising immediately. This is made especially difficult by the fact that Cambridge is a town that is full of treats. Even the Lotto shop on the main street doubles as a sweet shop, and there are all kinds of specialty stores where pastries and European goodies are in abundance, not to mention the tempting existence of a confectionary store as you make your way into town.

In 2014, William and Kate opened the town’s velodrome on their royal visit after scooting around Cambridge township where an estimated 15,000 royal watchers lined the streets hoping to get a glimpse of the pair.

Since their visit, Cambridge has continued to prosper. It has long been called a boutique town but it feels like it becomes one more and more each day. Despite a new state highway bypassing the town, its main street remains just as busy and property prices are up. The Avantidrome with its international-standard 250-metre indoor track has hosted the Track Cycling World Cup and is a hotbed of cycling activity; the rowing success at nearby Lake Karāpiro is consistently Olympic gold level, and the town continues to thrive as a centre for thoroughbred horse racing. Talk about a town of high-achievers. Not one, but 13 Melbourne Cup-winning horses have been bred here. Throw in the handful of Olympic winning rowers, the cyclists, and an internationally famous model who now resides here (Kylie Bax) and you start to get the picture of what Cambridge is all about. With a population of 19,600, there are obviously some every day people who live here, but when you visit you get the feeling you are in the company of royalty.

Champion mare Sunline keeps a watchful eye on her first foal, a filly by Rock of Gibraltar, at Cambridge Stud. © Ross Land

On a sunny day, the small settlement of Karāpiro should be high on the list of places to visit. It’s just eight kilometres southeast of Cambridge and you’ll find one of its drawcards, the hydroelectric power station, on the Waikato River after driving through an idyllic settlement of old state houses. The power station lies on Lake Karāpiro, a person-made lake that was created in 1947 when the dam was completed. Lake Karāpiro is a major rowing regatta venue and it’s home to New Zealand Rowing’s High-Performance Sport Centre. If you get there early enough, most mornings you will see an Olympic rower paddling up and down the water. The lake is also used for other water sports such as yachting, powerboating and water-skiing. And it also happens to be prime Waikato real estate. Along its banks are spectacular houses that enjoy views of the Lake, so it’s no surprise that a five-star luxury lodge sits up there in the hills. The Boatshed Café and venue is open to the public on weekends and is a perfect place to sit, enjoy good food and plan where on the lake you will build a house with your Lotto winnings.

Another great town in the Waipa District is Te Awamutu. Similar in size to Cambridge, TA as it is commonly known, has a very different feel. Tainui Māori first settled the area as early as the Fourteenth Century. Today, with a population of around 16,400, TA is a service town to surrounding farming communities. TA, also called Rose Town because of the lovely park and gardens that sit on the edge of town, is a surprising place. Over the years, it has had a conservative farming feel but alongside that vibe, there are cafes, shops and hair salons that would appear edgy even in Auckland’s fashion.

Red Kitchen opened its doors in 2010 as a café and in-store market where you can buy all kinds of kitchen appliances as well as gourmet goods to take home and whip up for dinner. After Red Kitchen came the glorious Walton Street, a vegetarian café that changes its menu frequently and does surprisingly well in a town full of farmers. The café has expanded through the character 1930s building it occupies to become the Walton Collective, a hub for creative types that makes you feel you could be sitting in a cool space in somewhere like Amsterdam, not good ol’ Te Awamutu. There are plenty of retail shops worth visiting in town, a favourite with the locals (people also travel from Hamilton and beyond to visit) is Ruby Rose clothing store, The Birdcage that sells flowers, shoes, jewellery and gifts, and Red Red Red Interiors.

Just five minutes up the road is Viands Bakery, a pie shop that is so good it has taken out the supreme award in the past for its plum, port and apple number. It won’t bring you any closer to those athletes you see wandering the streets of Cambridge and you’re not likely to see one of them here, but for the few minutes when you devour it in the car leaving pastry all over your legs, it will be worth it.

Loved by the locals: Waipā

How about an epic roadie straight down the North Island to the land where the languid meandering of the mighty Waikato gives way to the hiss of steam in roistering Rotorua? Read the story . . .

South Waikato: bliss in the farmlands

Oxford was the name first given to the small South Waikato town of Tīrau, a place that peeps out from the strong arms of Kiwi farming country. Read the story . . .

The golden land stretches out seemingly forever and the place sparkles in sunshine many days of the year with ripe green grass as your view. It’s terrific.   Read the story . . .