Deep within the rolling green hills of the Waitaki district, there is a place called 'The Valley of the Whales'.

It’s a deep, long gulch carved by a river through the limestone that blankets much of this region. The Valley is named for the countless fossil skeletons of 30 million-year-old whales and dolphins that lie buried in the ancient rock – and if that doesn’t capture your imagination, then maybe a tour of this district is not for you.

But if it does, then this unique part of New Zealand may get a hold of your spirit like no other. There is an air of mystery that hangs over the Waitaki region, for it has known things that science can only scratch the surface of.

Its story begins deep in the Oligocene epoch when much of New Zealand was underwater. In these times, huge beds of marine deposits were laid down on the sea floor, only to be exposed to the air when sea levels fell and New Zealand was thrust above the waves. The signature of these ancient seas is the wide blanket of limestone that stretches across North Otago. This rock holds one of the best records of fossil whales, dolphins and penguins in the world. 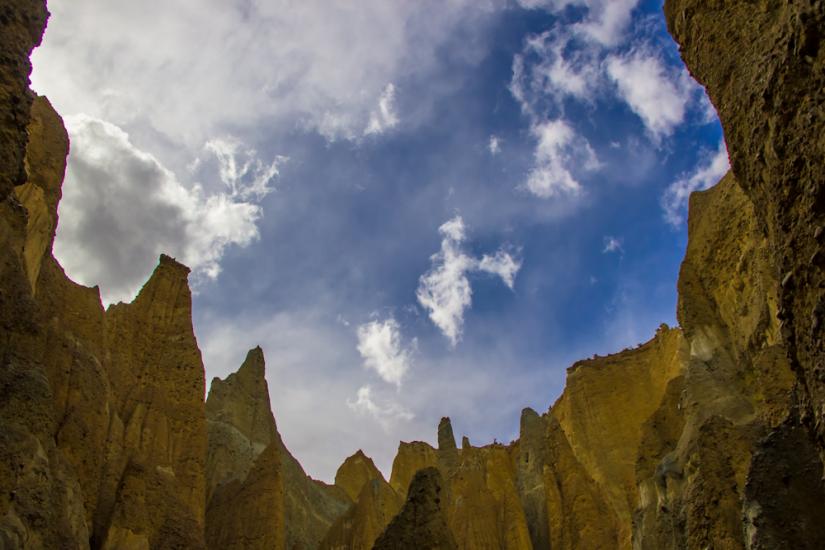 When the Southern Alps were thrust up, the heavy rainfall they attracted formed a great river, the Waitaki, which has carved its way through this limestone over millions of years. Early Māori used the Waitaki as a highway to the interior, hunting moa in the mountain valleys before floating their kill down the river on rafts made of raupō called mokihi. These hunters left their mark here, in the form of rock art which can still be seen on limestone cliffs throughout the district.

Today, the Waitaki Valley is much changed from the place the moa hunters knew. Much of the river has been dammed for hydroelectricity, while farming has filled the valley like a tide.But Deep Time is everywhere here, so stark in places it’s almost confronting. Even the towns are built from it – small hamlets in the Waitaki valley boast lovely limestone pubs and churches while the region’s main centre, Ōamaru, is famous for its grand 'Ōamaru stone' buildings.

The Opera house and Town Hall on Thames Street and St Patrick’s Basilica on Reed Street are among the most ornate structures, but the weathered, pigeon-stained warehouse and commercial buildings in the historic Victorian precinct carry the true spirit of Ōamaru. These are honest-to-God working buildings, built for function not form – solidly facing the onslaught of time, just as they have for a century and a half.

Walking the streets of this area feels like entering a transplanted reality – and brings with every step the sense of peace that comes from immersing yourself in the past.

The real magic of the Victorian precinct is the people that live and work here. Many locals in Ōamaru dress in Victorian manner on a daily basis, lending the town a charming eccentricity. Some even ride Penny Farthing bicycles to work! 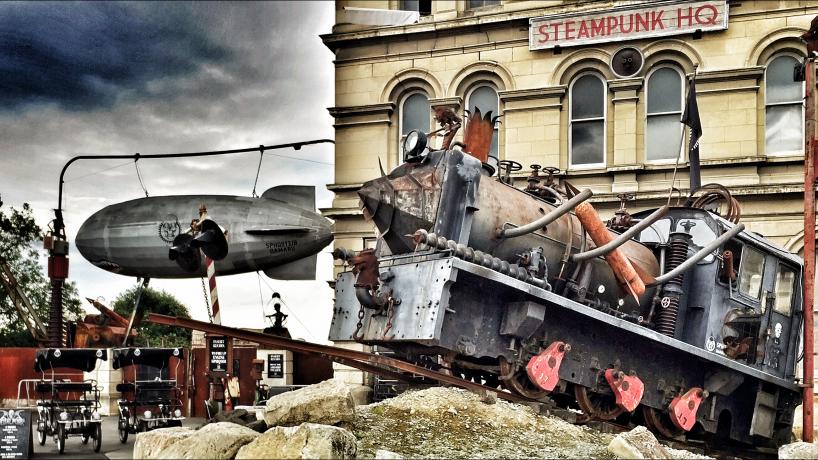 Ōamaru has styled itself as the 'Steampunk capital of New Zealand', and the bizarre sculptures and artworks scattered around the area only enhance the surreal movie-like atmosphere of the Victorian precinct.

The Steampunk HQ museum and gallery is open year round, but the best time to really disappear into this altered universe is the Steampunk festival in June. The town’s other big festival is the Victorian Heritage Celebrations, held in November.

Beyond Ōamaru, the best way to truly appreciate the Waitaki district is to follow in the footsteps of the ancient Maori explorers, starting at the coast in the peaceful little fishing village of Moeraki and working your way inland, using geology as your guide.

A post shared by Waitaki Whitestone Geopark (@whitestonegeopark) on Oct 10, 2018 at 1:01am PDT

The way is well marked – follow the Vanished World Trail through the limestone country, either by road on the back of a mountain bike, crunching your way along the Alps to Ocean Cycle Trail, sucking in the clean fresh North Otago air and stopping to view incredible fossil deposits, limestone formations and interesting bits of local history.

There is a good reason Hollywood brought its 'Chronicles of Narnia' production to this area – there is nowhere else in New Zealand quite like it – green paddocks overlying a goblin’s labyrinth of creamy rock, built from the tiny shells of marine animals over millions and millions of years. 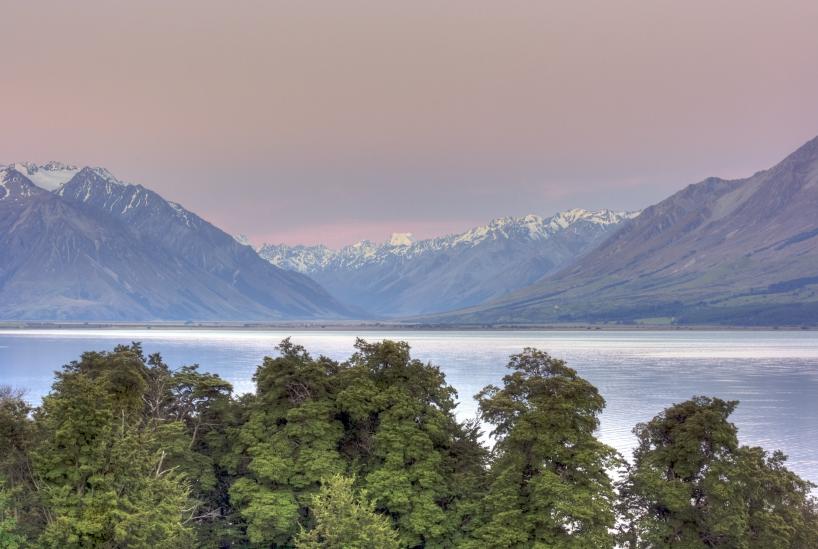 The two small towns of the lower Waitaki, Duntroon and Kurow, provide quirky insights into the region’s past. Further inland, beyond the big hydro lakes that draw hundreds of campers through summer, Ōmarama, 'the place of light', is nestled under a big wide sky, a vast portal to the heavens.

This area is famous for gliding, and for world-class trout fishing. You can catch artificially big trout from around the salmon farms in the hydro canals, or opt for the truer experience – wading through an upland stream in pursuit or a wild rainbow or brown, the mountains tearing at the blue sky all around.

The Waitaki District seems to exist on a different temporal plane. In such a landscape, you become very aware of your insignificance in the deep flow of Time. It’s a place for seekers, and explorers. Follow the great river inland, and see where it takes you.

Take a walk to the Moeraki Boulders – geological marvels, exposed by erosion of sedimentary rocks laid down from 13 to 65 million years ago. Read the story . . .

Ōamaru’s Victorian Precinct: the capital of all things steampunk

Slightly eccentric, Ōamaru is one of those not-as-it-first-seems places. The surprises are all good ones, though! Read the story . . .