The number of cafés in the capital is testament to how much Wellingtonians love coffee. © Miz Watanabe

Wellingtonians pride themselves on being connoisseurs of all things gastronomical, fancying themselves the equivalent of the residents of New York’s Brooklyn or London’s East Side.

In other times and places, the emblems of revolution were flags hung from triumphal arches or the heads of enemies placed on pikes at city gates. Wellington’s revolution is signified by the pungent waft of roasting coffee and the grassy aroma of hops. But first, coffee... 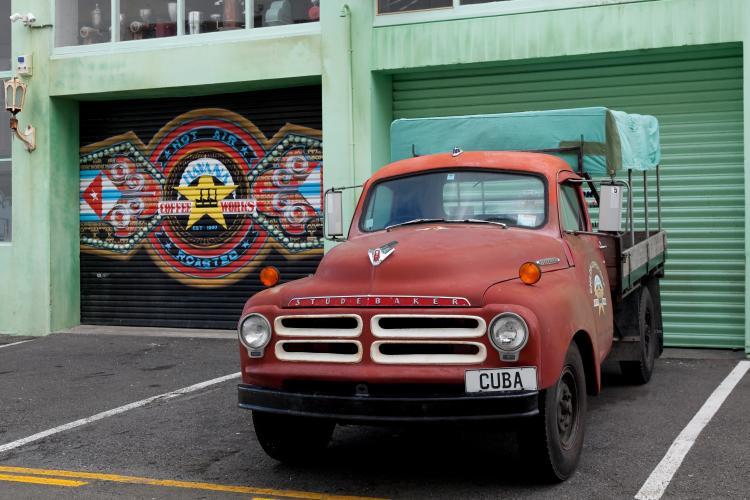 Midnight Espresso on Cuba Street, opened in 1989 by Geoff Marsland and Tim Rose, was the pioneer, introducing the kind of funky, friendly, open-late café that has been so-oft-imitated nationwide since the total war on Formica tearooms was declared. It was all based on a reverence for coffee that Marsland and Rose acquired in a similar joint in Canada. They were soon roasting their own coffee beans under the name Havana Coffee Works, which has become an iconic New Zealand brand, and others were soon rushing to jump on the bandwagon. When you consider the number of cafés that Wellington now boasts, you sometimes wonder how they can all make a living in a city with a population of just over 400,000. Well, somehow, they do – a testament to how much Wellingtonians love coffee.

We're stoked to be serving up this beautiful Ethiopia Gora Kone from Gaslight out of Chicago. Notes of blackberry jam-sage-pie crust... a beautiful bright cup to start your day strong. @gaslightcoffeeroasters

We probably love coffee as much as we do because coffee goes hand-in-hand with another of our national pastimes: drinking.

With the youth-ifying (if that’s a word) of Wellington’s population from the beginning of the 1990s, patterns of socialising changed, and rather than lean in your neighbourhood pub of an evening, people began to seek out places where there were lights, music, action. A flourishing bar and club scene arose downtown. Whereas once the word ‘nightlife’ was only used of Wellington in tones of heavy irony, that has dramatically changed. Downtown, Courtenay Place suddenly became the place to be rather than a place for the wind to blow through. And on the waterfron pumping bars and restaurants (such as Shed Five and, more recently the Crab Shack and the amazing Cuckoo Cocktail Emporium) opened where once there were only draughty warehouses and grim brick bond stores.

Need a quiet hide out? Some where cozy and warm and away from loads of people? Cuckoo is perfect for your homely cozy vibes, with tea, maybe a beer, and even cocktails within your grasp. #wellingtonnz #cocktailemporium #coffee #tea #wines #beers #cocktails #retrospace #hospitality

A post shared by Cuckoo Cocktail Emporium (@cuckoococktailemporium) on Sep 19, 2017 at 8:10pm PDT

Well, that was all pretty cool. But even cooler is what has happened with and to beer in the capital. It didn’t start in Wellington, but Wellington has indisputably made craft brewing its own. From small beginnings in the early noughties, the scene has grown like topsy. There are literally dozens of microbreweries in the region – perhaps even in the city – as the pioneers now scale the commercial heights: Tuatara is a big player nationwide, as is Garage Project; ParrotDog has recently committed to a massive expansion of its cramped operation in Vivian Street and – the surest sign that the craft phenomenon has the big breweries worried – with Panhead Custom Ales selling to brewing multinational Kirin.

Between them, Wellington’s craft brewers have shown what beer was meant to be – as full of flavour and character and as aromatic and complex as any posh glass of wine – and even what beer can be.

Garage Project has a reputation for fearless innovation, adding such outlandish ingredients as spices (chilli and lemongrass, to name a couple), oyster shells and fish flakes to their recipes.

With all these exciting developments going on around the place, the emergence of craft beer bars was a logical extension. Hashigo Zake was amongst the first downtown to specialise in craft beers, but others, such as Golding’s Free Dive, Little Beer Quarter and the Rogue and Vagabond have moved in, too, and others have opened up in the suburbs: the Hop Garden in Mount Victoria, One Fat Bird in Karori and Bebemos in Newtown...  the list goes on.

If the one-upman in you won’t let you nurse a pint of someone’s else’s beer without also harbouring the dark suspicion that you could do it so much better, there’s even a place (the Occasional Brewer) where you can hire a fully equipped micro-brewery to have a go yourself.

The restaurant scene in Wellington was fully renovated in the 1990s, too, to suit the eclectic tastes of a citizenry that had the disposable income to spend on eating out, along with the sense of adventure and stamina that inevitably come bundled up with youth. There are literally hundreds of tiny ethnic restaurants (Indian and Malaysian are prominent) and excellent street food available at the Cuba Mall Night Market on Friday nights and at the weekend markets.

Craving pork? Pulled pork specifically? Add some chipotle BBQ sauce, apple & radish slaw and the #BurgerWelly from @cafe_neo has got you covered (read: smothered in sauce). Matched with @garageproject Hazelnut Bruin which we can't get enough of 😍😍😍 #VisaWOAP #WellyOnaPlate

Restaurants come and go according to the fashions of the times, of course: right now and there is nowhere better to assess the current trends than at Highwater, Shepherd or the astonishingly good Hiakai, though you'll need to book months in advance for the latter.

Other mid-range places do the modern fusion kind of thing very well: Concrete Bar and Grill is a good place to start.

There are some old faithfuls: Monsoon Poon, doing a variety of South-East Asian and Asian stuff, is iconic; Logan Brown is one of the finer establishments in New Zealand, let alone Wellington, and has justly made both its founders, Steve Logan and Al Brown, celebrities in their own right, while Ortega Fish Shack in Mount Victoria is reliably delicious.

With cafés so ubiquitous, it’s not hard to find terrific lunch joints.

Nikau in the City Gallery and the Dixon Street Deli are downtown stalwarts. But some of the best are out of town. Lyall Bay has the Maranui Café in the Maranui Surf Life Saving Club, Queen Sally's Diamond Deli and Spruce Goose, and further around the coast in one direction is the immensely popular Scorch-o-Rama, and in the other, The Bach.

The Chocolate Fish Café may have shifted from its original site, but it remains deservedly popular.

CoCo at the Roxy is a great place to enjoy good coffee and food, and the perfect vantage point to keep an eye out for A-listers spilling out of the movie-making precinct at Miramar. 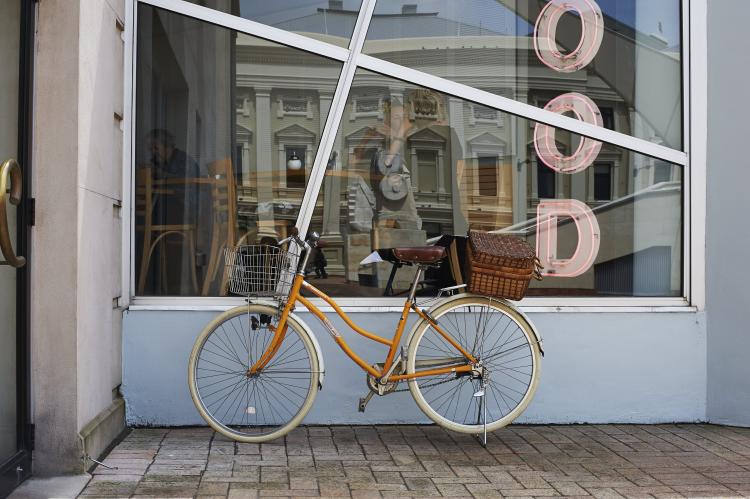 Did you know that Wellington's world-class Waterfront is home to the words of some New Zealand's most famous writers? Read the story . . .