A long, winding, tidal harbour overshadowed by rugged volcanic cones, Whangārei is a place of many meanings.

Today the city that bears the name, the northernmost city in New Zealand, lies at the centre of a region of beautiful beaches and rugged hills, where Northland truly begins.

One legend has it that it is the harbour (whanga) of a pair of sisters, Reitu and Reipae, who flew north from the Waikato in the form of birds. The name can also mean ‘to lie in wait’, ready to ambush another tribe; or a gathering place, of whales or chiefs.

Whangārei’s city centres around its waterfront, where the Hātea River joins the harbour. International cruising yachts berth here at the Town Basin, also known more evocatively as Te Ahipupurangi-a-ihenga (the place where Māori ancestor Ihenga cooked kauri snails or pupurangi), at a place which was also a hub for Māori travelling by waka, then the first site of European settlement. Today there are cafés, a playground, the Whangārei Art Museum Te Manawa Toi and the intriguing Claphams Clock Museum, the largest horological collection in the southern hemisphere.

The city also has another museum at Kiwi North, inland at Maunu, which combines a heritage park with a kiwi house.

One of the area’s most striking physical features, the ancient volcanoes of the Whangārei Heads mimic the shape of the islands offshore. On the harbour side of the peninsula are sheltered beaches such as Pārua and Urquharts Bay, on the seaward side the wild stretch of Ocean Beach, and to the north the tidal harbours and bach settlements of Pataua and Taiharuru.

Along the spine are the peaks of Mt Lion and Manaia – well worth the steep climb for the spectacular views. The five jagged rock formations at Manaia’s peak are said in Māori legend to be a fleeing chief, the wife he stole from a nearby chief, his two children and the infuriated husband in pursuit, all turned to stone.

The tip of the peninsula, at Bream Head, is a scenic reserve, now being ecologically restored by a trust, which has reintroduced kiwi and native robins to the bush there.

On the way to the Heads, cross Te Matau a Pohe, the fish-hook of Pohe, a spectacular, architect-designed bascule bridge opened in 2013 which lifts to allow marine traffic up the Hātea River. While it has had some teething problems – including sticking shut in hot weather – it has now become a tourist attraction in its own right. 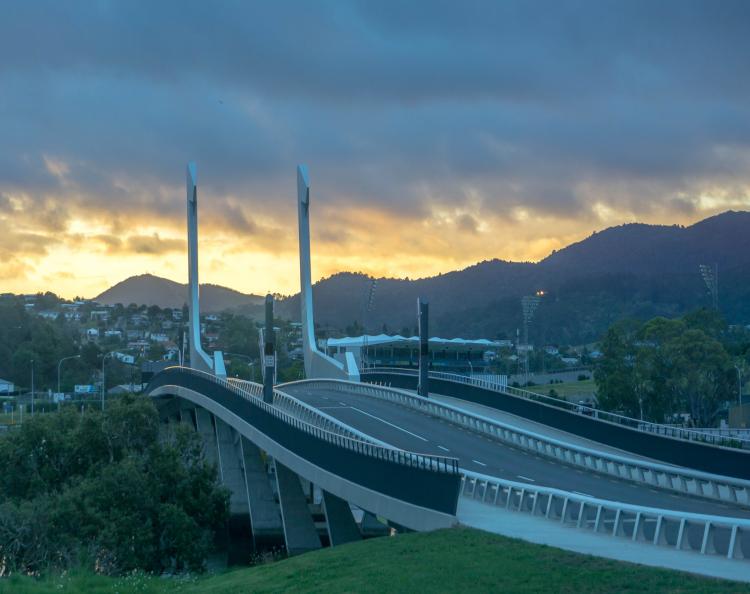 Settlers came early to the flat country south of the harbour, to create a little piece of Caledonia in a faraway land. Fiery and God-fearing Scotsman Norman McLeod led his followers first to Nova Scotia in Canada, before a second migration down under in the 1850s, via Australia to New Zealand. More than 800 Scots made the journey, and the town still celebrates its origins with an annual Highland Games on New Year’s Day, and in a fascinating museum, the House of Memories, that documents the lives of the earliest arrivals.

The early Scots weren’t ones for hanging out at the beach, but it was a wasted opportunity; from Mangawhai in the south through Langs Beach, Waipū Cove, and up to Ruakākā there is enough white sand and rolling surf for everybody, looking out on the volcanic shapes of Tāranga and the Marotiri islands. Better known by Captain James Cook’s name the Hen and Chicken islands, the largest island looks more like a hippopotamus sinking into the sea, but Cook had probably never seen one.

Captain Cook was also in an imaginative mood when he named the Poor Knights Islands further north, possibly after the type of bread pudding he was eating at the time. The centre of a marine reserve since 1981, only the second in New Zealand, the waters around the islands are a magnet for subtropical and temperate marine life, including more than 120 species of fish, corals, sponges, kelp forests, sharks and stingrays.

Tutukākā is the port for dive and kayak charter trips out to the islands, its narrow entry protecting a small harbour and marina. The rugged coast to the north contains the jewel of Matapōuri, a perfect half-circle of textbook Northland beach; the seaside farmland of the Mimiwhangata Coastal Park; and the holiday settlements of Whananaki and Ōakura. 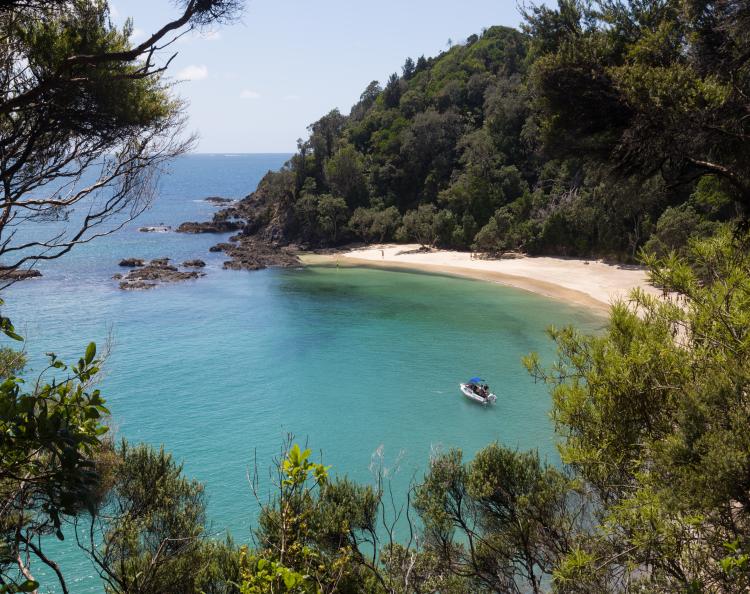 What's the weather doing in Whangārei?

Mimiwhangata Coastal Park near Whangārei is home to recovering bird and marine species, lovely coastal walks and lots of opportunities for water activities. Read the story . . .

In the marine environment of Whangārei Harbour, two areas are set aside for protection: around Motukaroro (Passage) Island and at Waikaraka. Read the story . . .

One of the best places for those who want to experience the full range of watery pastimes is the east coast of Northland and, in particular, Tutukākā, just to the north-east of Whangārei. Read the story . . .

What's the weather doing in Whangārei?