Culture tripping: 5 creative pitstops on a road trip between Auckland and the Bay of Islands

The route from Auckland to the Bay of Islands is not afraid to flaunt its ample history and forward-thinking art spaces. Check out our top picks for art and culture buffs when you’re heading north.

Little and large come together seamlessly on the Brick Bay Sculpture Trail. Nestled in the grounds of its namesake vineyard, you need only step into the foyer to find a selection of bijou art pieces – handbag-sized and ready to go. Once on the trail itself, which forges a route through a surprisingly wild environment largely managed by Mother Nature, some sculptures grow in scale, while others sit modestly in the foliage. There is a spectacle to see (and often hear) in every corner, from the water lily lake to the burgeoning kauri forest. You can easily spend hours in here. Bright dinosaurs are currently proving a big hit with kids, while the commanding follies, constructed every year following an annual competition to elicit emerging Kiwi talent, always draw the eye.

You’d think a giant Saint Bernard nudging at your hip would be a distraction from the view, but not so at this art gallery. Enveloped in subtropical bush, with a terrace engulfed by a cacophony of birdsong and peppered with even more objets d’art, it’ll take more than a five-foot hound to divert your attention. Said dog’s name is Leo and he lives here, too. The space is foremost a home, but there’s also an on-site gallery and café – and Leo likes the smell of your lunch. A waitress will likely usher him away muttering “not again, Leo,” but you’ll probably be too absorbed in the panorama to notice. Peel yourself away from the deck to peruse the indoor art pieces. There are sculptures, paintings and jewellery to accommodate every budget. Then explore the small but curio-laden garden. Alice in Wonderland would be jealous.

A post shared by The Gallery Helena Bay Hill (@galleryhelenabayhill)

There are a lot of major sights to marvel at Waitangi Treaty Grounds. From the Treaty House itself, where the original manuscript was drawn up, to a commanding flagstaff marking one of Aotearoa’s most significant events, not least an enormous 35-metre-long ceremonial war canoe. There’s also a brand-new museum, Te Rau Aroha, which poignantly analyses Māori commitment to the armed forces. It’s therefore forgivable, albeit unadvisable, to miss some of the smaller wonders.

Pop into the carving studio for a chat and to appreciate how Māori storytelling is expressed through these intricate designs. If you’re wanting more, ask about their carving workshops run periodically throughout the year.

Everything in Russell is within walking distance, but if you want to cover a lot of ground and just as much history in an hour, join tour guide Kelly for a minibus excursion. Departing from the wharf, this town might be compact, but man, has it seen some action. From the ex-cons who escaped their Australian-bound ships and opened (more-so frequented) grog shops and brothels, to Tāmati Waka Nene, the Māori chief who attempted to keep the peace, Russell has seen more fires and unruly fights than illegal trade – and that’s saying something. Kelly will point out bricks built by convicts, their thumbprints still holed in the mortar, and the beautiful 1842 Pompallier Mission House. There’s even a gnarly fig tree that has somehow survived every debacle – oh if those branches could talk. You’ll drive up to the flagstaff and sundial; swing by Aotearoa’s oldest church (pock-marked with bullet holes); nip over to Long Bay and arrive back in town with your mind swimming in scandal.

Famed Austrian artist, Friedensreich Hundertwasser made New Zealand his second home in the 1970s, settling in Northland’s Kawakawa. In 1998, for reasons perhaps only known to himself, Hundertwasser set about transforming the town’s public toilets. What you see today is more work of art than WC. Located on the town’s main street in Hundertwasser’s signature style, spend a penny in what is arguably the brightest potty on the planet. Hundertwasser passed away in 2000, but 20 years later the community opened the Hundertwasser Memorial Park. This large art space pays tribute to the creator’s life and achievements while also serving as a centre for public artwork, workshops, the library and town square. In keeping with Hundertwasser’s approach, $5 is all you’ll need to enter a world where colour, mosaic and ceramics collide.

Download journey map PDFs for even more things to see and do in Auckland and Northland:

Discover more on Northland's All About Islands Journey 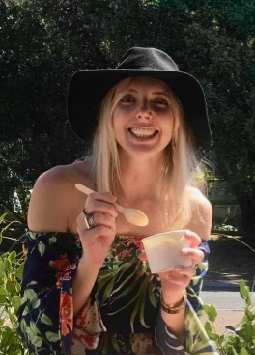 Way out west: a creative road trip between Auckland and the Kauri Coast

So many corners! From Central Auckland across to the Waitākere Ranges, up the coast to Hokianga and from Kaikohe back down SH1, there are many intriguing corners on this journey – but the delights en route make them all worthwhile.  Read the story . . .

The secret coast: an indulgent road trip between Auckland and the Bay of Islands

Head north from Central Auckland via the very scenic route to the Bay of Islands. This journey is full of things guaranteed to bring pleasure – food, wine and art. It’s one big, moveable feast. Read the story . . .

Delicious detours: 5 picks for food and wine on a road trip between Auckland and the Bay of Islands

Vineyards to the left, restaurants to the right, the route north is ripe for a foodie road trip. Unsure where to dig in first? Our top five food and wine recommendations should help. Read the story . . .

Head north from Central Auckland to discover the best of the rest in North Auckland and Northland. These are the top five spots worth stopping for. Read the story . . .