Way out west: a creative road trip between Auckland and the Kauri Coast

So many corners! From Central Auckland across to the Waitākere Ranges, up the coast to Hokianga and from Kaikohe back down SH1, there are many intriguing corners on this journey – but the delights en route make them all worthwhile.

Day One: Auckland to Riverhead, via Muriwai

The Twin Coast Discovery Highway leads into the bushy depths of the Waitākere Ranges. Artists flourish in the freedom of an alternative life, far from suburbia. The local clay helps. Crown Lynn started here, and individual potters got into it too: “It helps that you’re not likely to blacken your neighbour’s washing when you fire your kiln,” noted Andrew Clifford. Director of Titirangi’s Te Uru Waitākere Contemporary Gallery, he’s justifiably proud of both the building and its contents.

The gallery was built when Lopdell House next door became too small. It’s still worth visiting for its rooftop views over the Waitākere Ranges Regional Park where, despite kauri dieback track closures, there’s still plenty of nature to enjoy, mostly along its beaches.

Cultivated nature reigns in the Ararimu Valley at Westbrook Winery, tucked between bush and forest, surrounded by vines and lawns. Founded in 1935, it’s one of the country’s oldest wineries, producing an award-winning range of tipples. Lunchtime calls for the Crackling Rosé platter: a light, spritzer-style wine served with champagne ham, Havarti, stuffed pepper and pesto.

Heading back towards the coast, wind through the hills to Muriwai to work off some of that cheese. Bush, beach and a brisk climb up to the gannet colony lookout will leave you ready for refuelling again.

The Riverhead Tavern is one of the country’s oldest riverside pubs, welcoming the thirsty and the hungry for 160 years. In The Landing, overlooking the Rangitopuni Stream, continue the tradition of struggling with the menu’s tempting choices.

From Bethells Beach Cottages, head north to find nature and art at the Kaipara Coast Sculpture Gardens. Striking sculptures, neat garden, inviting bush walk, well-stocked garden centre – it’s all about pleasure, unlike Wellsford’s Albertland and Districts Museum. This tells the story of the early settlers who, sucked in by false promises of shovel-ready land, were faced with virgin bush. Their pianos, croquet sets and even an organ had to be set aside – photos show how very tough daily life was.

There are also portraits, model ships, cameras, telephones, war memorabilia, Māori taonga and, marvellously, the very first Buzzy Bee ever made, along with his mates Richard Rabbit, Peter Pup and Dorable Duck.

Ducks feature at Matakana, too, in the stream that runs past the marketplace, so busy on Saturdays but peaceful during the rest of the week. It’s the perfect place to enjoy dinner at the Matakana Market Kitchen. There are inviting boutiques of fashion and art here, but nothing on the scale of the Morris & James pottery and Sculptureum, both just out of town.

After a day of so much colour and interest, it makes for a restful finish to spend the night at Plume Villas outside town, where the cottages are scattered around an extensive garden.

Begin with an irresistible, art-filled coffee stop at Eutopia in Kaiwaka and a browse around the Kauri Museum at Matakohe. The golden glow of kauri furniture and gum is balanced by the raw facts of a century’s intensive logging.

Dense and lush, Waipōua Forest shows what was lost. Here, a Footprints Waipoua guided walk is a special treat, with Merepaea delivering a musical greeting to Tāne Mahuta as you follow the boardwalk to the base of this mighty tree.

Next comes the jaw-dropping view of the entrance to the Hokianga Harbour, and its spectacular contrast of the golden dunes to the north with the green bush to the south.

A post shared by Manea Footprints of Kupe (@maneafootprintsofkupe)

Inside the harbour lies Ōpononi, famous since 1955 for its friendly dolphin, but soon to be renowned for its new, interactive exhibit Manea Footprints of Kupe, celebrating the first person to discover Aotearoa. It’s an impressive combination of traditional story-telling and 4D technology, and should not be missed.

Colourful, historic and arty, Rāwene is well worth a wander through its streets and around the bay, after which there’s a choice of tempting cafés where you can reward yourself.

It takes about ten minutes to cross over to Kohukohu on the car ferry from Rāwene. Here, there are more art galleries, heritage houses, good coffee and an impressive war memorial archway with too many names on it.

At the end of the road lies Mitimiti, a tiny scattering of houses above a glorious beach. On the hill beside the Matihetihe Marae is the urupa where artist Ralph Hotere, who died in 2013, lies in a grave marked by a striking circular arrangement of smooth pebbles.

Here, too, is a red Chinese gate, beneath it a plaque dedicated to the community after the 1902 shipwreck of the SS Ventnor. The bodies of 499 Chinese gold miners were being returned to China for burial but, when the ship sank, the remains that were washed ashore were laid to rest in the cemetery by the local people.

Head inland, through rolling farmland set with bushy tōtara trees. Following a series of hand-made signs you’ll arrive at the Wairere Boulders campsite where the great attraction is a valley walk through a remarkable tumble of huge, fluted rocks.

Another dusty, winding drive leads back to the glorious tar seal of SH12. Kaikohe will feel like a metropolis, and the Left Bank boutique hotel is appropriately stately. Opened as a BNZ bank in 1916, it’s been lovingly restored: the original wood gleams richly, the high ceiling in the excellent restaurant is decorated with real gold leaf, and the five bedrooms (there’s a backpacker’s downstairs) are fitted with elegant antique furniture.

Nearby, The Temp at Ngawha Springs has hot, soothing waters enjoyed by locals and visitors lolling in the cloudy, quietly bubbling small pools. As the last point on the itinerary, it’s the perfect way to, er, unwind after all those corners.

Download journey map PDFs for even more things to see and do in Auckland and Northland: 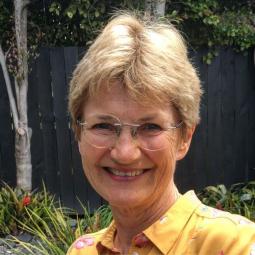 Abandoning English teaching for the much less secure, but infinitely more varied life of a travel writer, Pamela Wade has had the luxury of sampling most of the world’s environments. Her preference now is cold and wild – Antarctica, ideally, but Iceland will do – although she is happily based on Waiheke Island, which is neither.

Go east: an action-packed road trip between Auckland and Whangārei

From country roads to offshore island detours, boats, beaches, snorkelling and surfing, this journey between Auckland and Whangārei is packed full of exciting activities. Read the story . . .

Creative Inspiration: 5 great gardens and galleries on a road trip between Auckland and the Kauri Coast

The journey north from West Auckland is rich in creativity. From art galleries to sculpture gardens and even some unique geology – we've picked five places to stop at along the way.  Read the story . . .

Winding up the west coast from Auckland City to Northland, this road trip takes in remarkable landscapes, art, heritage and creative spaces. We've picked our top five things to see and do along the way.   Read the story . . .

Get outdoors: 5 natural attractions to explore between West Auckland and the Kauri Coast

Auckland's west coast is synonymous with wild, black-sand beaches and you'll experience plenty of these on your road trip north to the Kauri Coast, along with gannets, stunning native forest and rustic hot springs. Read the story . . .

Abandoning English teaching for the much less secure, but infinitely more varied life of a travel writer, Pamela Wade has had the luxury of sampling most of the world’s environments. Her preference now is cold and wild – Antarctica, ideally, but Iceland will do – although she is happily based on Waiheke Island, which is neither.