Eight no-snow things to do in the Ruapehu region

Visiting the Ruapehu region and the weather is not playing ball for a trip up the maunga? Not into skiing anyway? Or perhaps you’re planning a trip outside of snow season? We’ve picked eight great things to do around Ruapehu at any time of year.

1. Walk to a hidden lagoon in Ōwhango

Local community group Ōwhango Alive act as kaitiaki for the beautiful Ōhinetonga Scenic Reserve that sits alongside  Ruapehu’s Whakapapa River. The bush here, once thick with blackberry and weeds, is now flourishing. Follow the easy walking track past mature rātā trees, immersing yourself in the muri – the life-force – of the forest, to reach the hidden Ōhinetonga Lagoon, which you can cross via a boardwalk. If you’re lucky you may also spot one of the critically endangered whio Blue Ducks who live here. Whio only nest next to clean, fast-flowing water, so the alpine flow of the Whakapapa River is ideal. 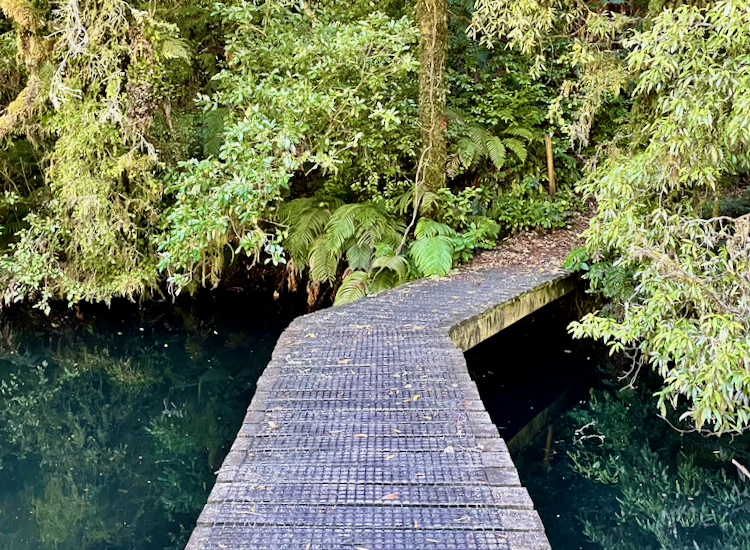 After your walk, stop in at the nearby Blue Hill Café in Ōwhango for great coffee and a bite to eat. or, if you’re feeling energetic check out the tennis court at the Ōwhango Domain that is completely surrounded by thick native bush.

The Ohakune Old Coach Road is one of New Zealand’s most popular short cycle trails, though it does require a moderate level of skill. The 15km, Grade 3 trail follows the historic road built out of cobblestones and originally used by horse-drawn carriages between the two rail heads of the then unfinished main trunk line. This means it is a bumpy ride. By far the best way to experience the trail is by e-bike, which can be hired from TCB in Ohakune, along with a shuttle to the Horopito end of the trail so you can make the most of the predominantly downhill gradient on the ride back to base in Ohakune. Highlights along the way include the vertigo-inducing Hapuwhenua Viaduct, incredible native bush and a pitch-black tunnel to cycle through if you dare. 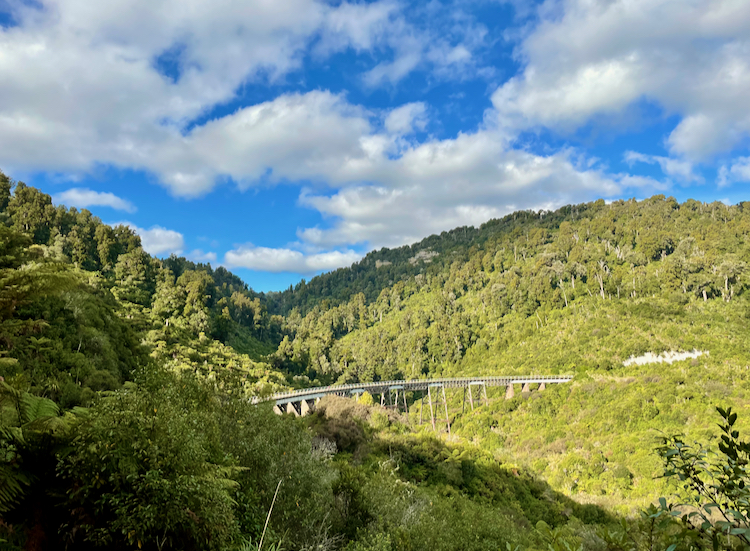 When you arrive back at Ohakune Junction, finish your day with a refreshing pint at Kings, the local-favourite hotel and pub serving Ruapehu Brewing Company beers on tap.

If you’re keen to experience the outdoors, but have had enough of walking or cycling, visit Ruapehu Adventure Rides in National Park. After a quick tutorial and paddock practice, you’ll be off on a self-drive quad bike tour that takes you through open tussock, narrow native bush trails and plenty of boggy mud. If in doubt, hit the gas. Owner and tour guide Karl took the opportunity during lockdown to carve a new trail through the bush, which revealed long-abandoned logging draglines and remnants of historic buildings. Alongside these, you’ll traverse gnarly terrain that would be impassable without a AWD vehicle. The tour also includes a short section of the historic Marton Sash and Door tramway which today has been repurposed as another popular cycle trail. 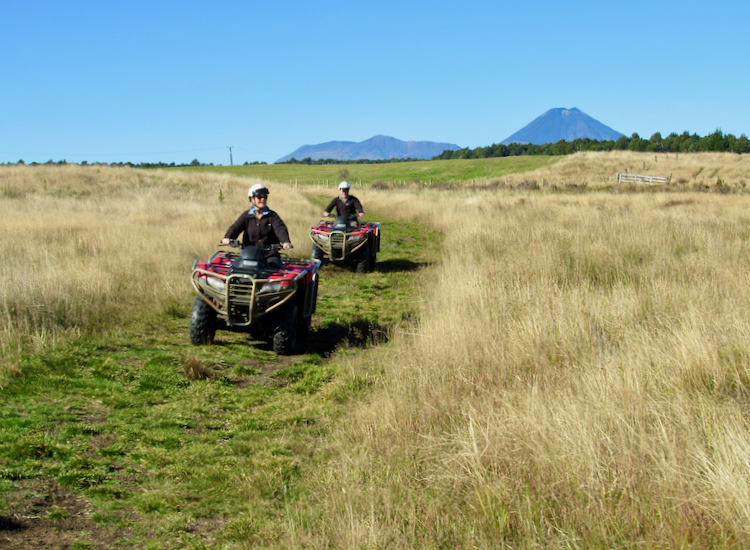 4. Soak and sip in Ohakune

Feeling a bit sore from all the physical exertion? Why not book a session at Ruapehu’s only spa. At Snowman Lodge in Ohakune you’ll find a compact wellness centre offering treatments that range from foot soaks to massages, private spas and saunas – all at affordable prices. Snowman Lodge is also home to the region’s most authentic Thai restaurant – Rice Bar & Food. Sip one of their innovative cocktails, like the Thai Me Up, made with gin, cucumber, chilli and lime and try the delectable Pad Kra Prow (crispy pork with Thai basil), or their speciality – the Penang Duck. 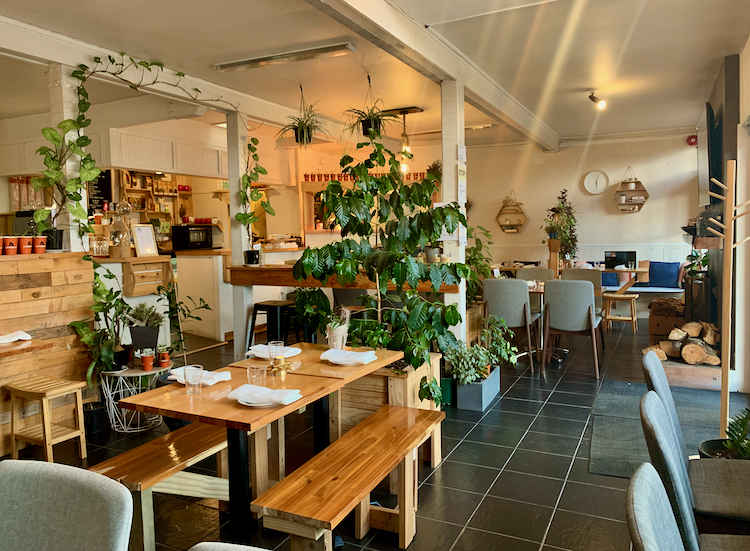 New Zealand’s most eco-friendly accommodation can be found at Horopito. Nightsky Cottage is a zero-waste property, built with the utmost consideration to sustainability and the surrounding environment. Bordering the wilderness of Tongariro National Park, the cottage is accessed via a wide boardwalk to avoid damaging the delicate forest floor. It’s a stylish self-contained retreat, complete with homemade toiletries and teas, locally-sourced coffee and of course, no single-use plastics. Wrap up warm and take an evening beverage to the perfectly situated seats where you can admire the ‘alpenglow’ as the sun sets on Mount Ruapehu, or once it is dark use the cottage’s infrared torch to see if you can spot kiwi in the bush. That is if you can drag yourself away from the luxurious interior, including a roaring eco-fire and a bathroom complete with side-by-side baths for the ultimate indulgence. 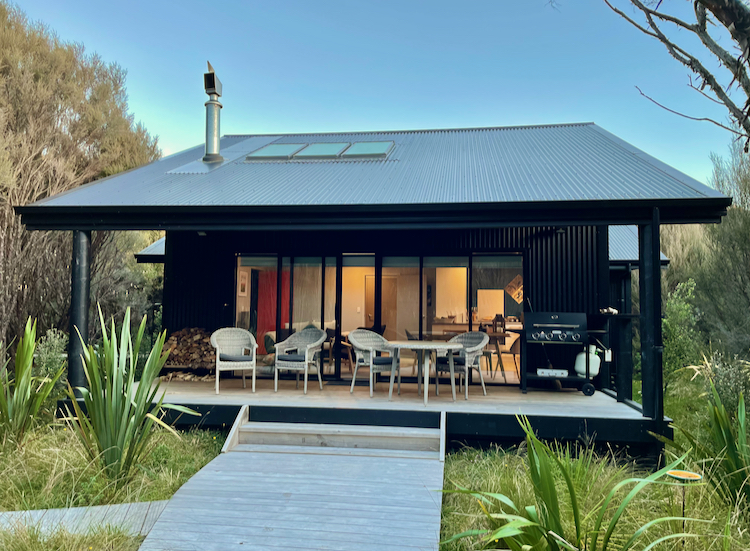 Horopito Motors is a Must-Do experience when visiting Ruapehu. This iconic mechanic shop and car wrecker’s yard was made famous by the 1982 film Smash Palace and more recently was the setting for the climactic chase scene in The Hunt For the Wilderpeople. It is a treasure trove of vintage parts and car carcasses – around 5,500 of them on site, says owner Colin Fredrickson. Inside, you can wander amongst teetering rows of bumpers and bonnets, headlights and hubcaps. Outside, marvel at the sheer number of rusting wrecks. Despite the seemingly chaotic nature, Colin says the team can get any car out from any improbable pile within three hours – because even the most decrepit looking vehicles are still used as a source for parts in the workshop. 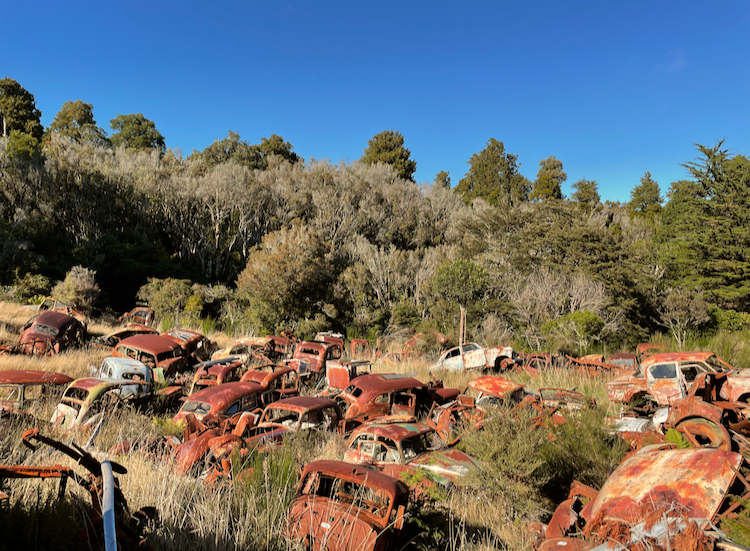 7. Walk to an alpine waterfall

The walk to the highest waterfall in Tongariro National Park is a delightful stroll through beech forest with leaves scattered like confetti, and across alpine boardwalks set above serene swamps. The bush blooms with birdlife and the paths are wide and well-maintained. At the end Waitonga Falls can be reached by a boulder-hopping scramble up the stream, crossing the crystalline waters to the rocky cliffs at the base of the 39-metre-high falls. The walk is four kilometres return, and should take you about an hour and a half. 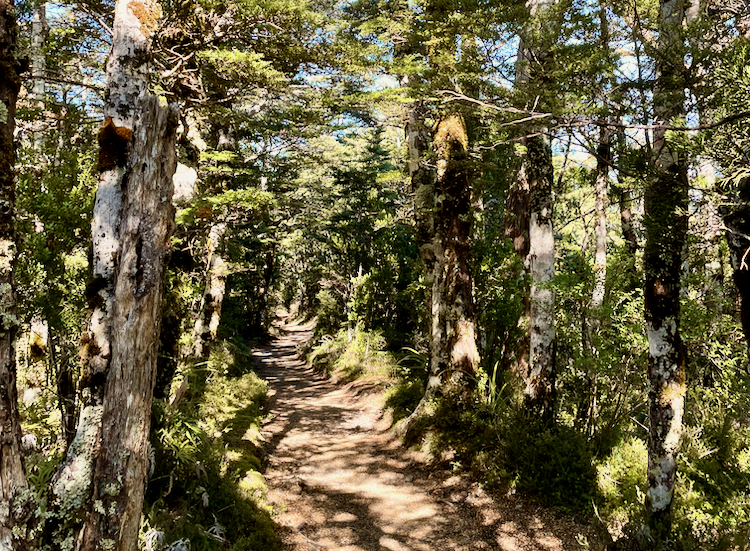 The National Army Museum in Waiouru is a popular spot for families when the weather doesn’t permit a trip up the mountain. But you should add it to your list of Must-Do attractions in Ruapehu even if the sun is shining. A fascinating journey through New Zealand’s military history, the museum is home to world-class exhibitions and incredible stories. Immersive exhibits include the topical Death Ship, telling the story of the 1918 Spanish flu outbreak with parallels to the current Covid pandemic. Unnerving sound effects of coughing play through speakers. In another exhibition, the distinct smell of antiseptic wafts from an interactive infirmary. Alongside these multi-sensory experiences, the Army Museum also has sobering reminders of the cost of war, like the audio recording playing the names of those killed in combat which takes two whole weeks to run through. 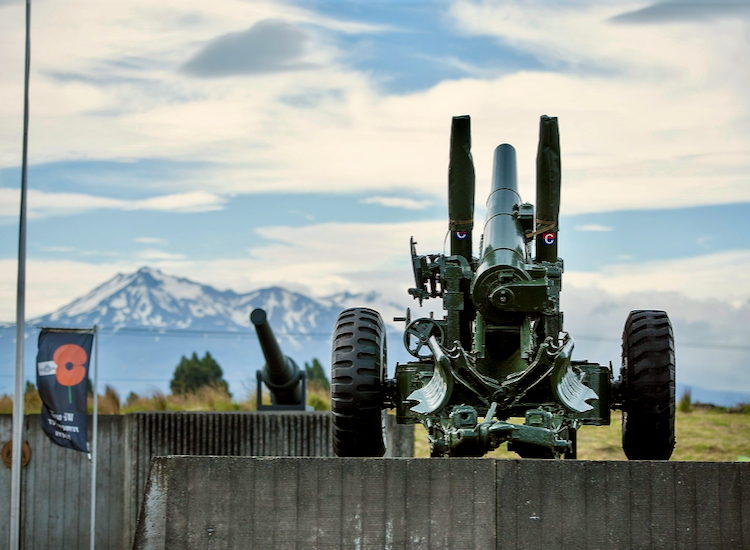 Ruapehu Region while you're here

Tongariro Alpine Crossing: one of the best one-day hikes in the world

Walk through this World Heritage Area of volcanic giants, sheer beauty and alpine lakes to make memories you will treasure forever. Read the story . . .

Five fun things to do in Ruapehu

From exploring the Tongariro National Park to venturing up the majestic maunga, there are plenty of activities to enjoy in the Ruapehu region.  Read the story . . .

Chateau Tongariro: style and grandeur at the foot of Ruapehu

Tip your hat to architect Herbert Hall of Tīmaru who harnessed the iconic, neo-Georgian style and grandeur of European mountain chateaus at the foot of Ruapehu. Read the story . . .

Ride from the mountains to the sea

Beginning on the slopes of Mount Ruapehu and winding for 231km to the wild west coast at Whanganui, the Mountains to Sea Cycle trail is one of the North Island’s most dramatic rides.  Read the story . . .