Five fun things to do in Te Anau

If you're in Te Anau, rather than gazing wistfully at the pristine lake from the shore, why not get out on the water? It doesn’t need to be intrepid or strenuous. Take a very civilised evening cruise aboard the Faith in Fiordland, a historic 1935 motor yacht. Originally built in Scotland where she hosted esteemed passengers including Winston Churchill, Faith eventually made her way to New Zealand in the 1980s. Restored and preserved with glossy oak paneling, red velvet squabs and weathered wooden decking, she now traverses the calm waters of Lake Te Anau. Depending on the wind direction, a tranquil cruise might take you across the lake to Brod Bay opposite Te Anau township. Here, dense bush meets a surprisingly white sandy beach. On hot summer days you can swim off the boat, but the water temperature never warms up much below the first 30 centimetres. Alternatively, simply sit back and soak up the scenery with wine and canapés. 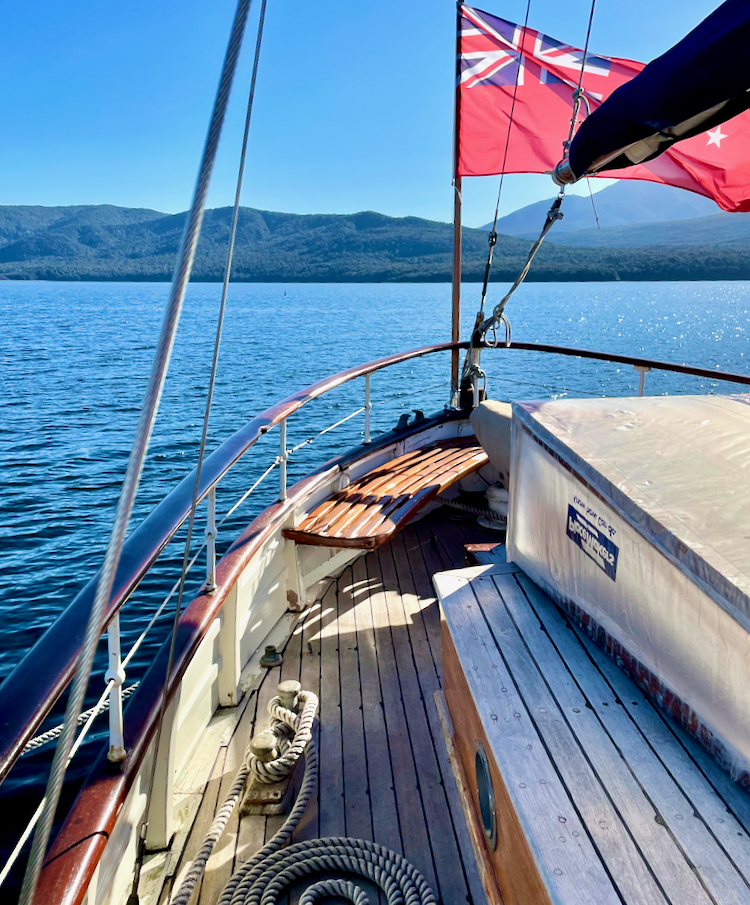 Take a heritage boat cruise on Lake Te Anau aboard the Faith in Fiordland.

Just outside town and right on the lakefront is the Te Anau Bird Sanctuary Punanga Manu o Te Anau. Originally a trout breeding facility in the 1970s, the sanctuary is now home to some of New Zealand’s rarest birds, including Kiwai and Kawa, a pair of young Takahē. Once thought to be extinct until re-discovered deep in Fiordland’s Murchison Mountains in 1948, takahē are still endangered, although numbers are creeping up with a current population of around 450. At the sanctuary you can either explore the grounds for free, or join a daily tour to enter the enclosures and get up close to these rare native birds as they are fed breakfast. As the enclosures are smaller than the territory they would roam in the wild, supplementary feeding is necessary here, but the birds are unfazed by gawking spectators as they munch on their cereal. Other sanctuary residents include Donny and Marie, a pair of paradise shellducks and bright green Antipodes Parakeets, related to kākāriki but only found in the wild on the remote Antipodes Islands. 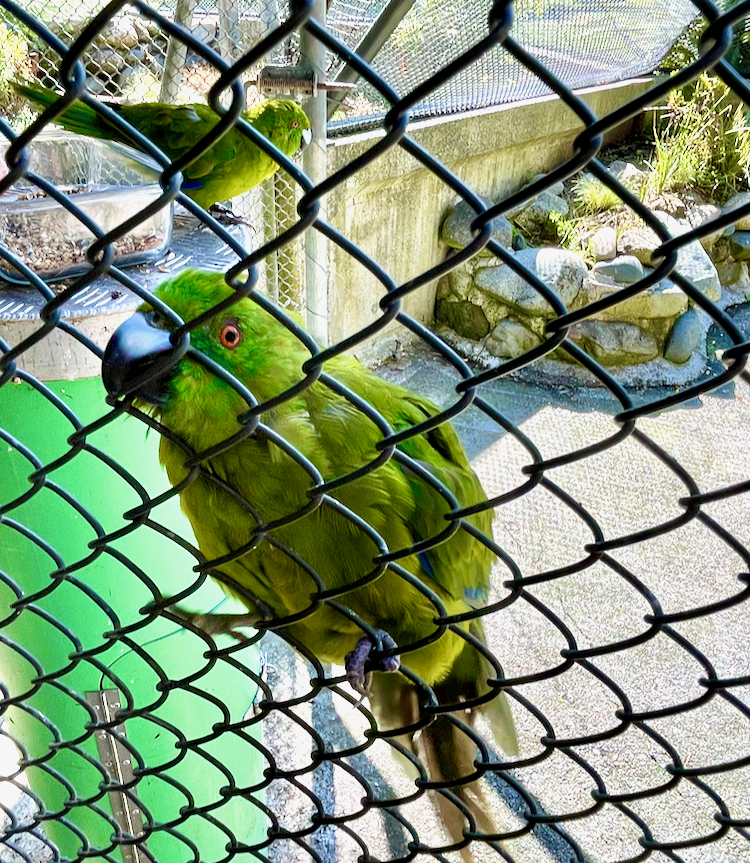 Discontent with beige motel rooms? Head to Te Anau Lodge for a much more colourful accommodation option. The main lodge was once the Sisters of Mercy Convent in the tiny southern town of Nightcaps. Built in the 1936, the convent building was relocated to Te Anau in the 1980s. With nine refurbished suites, a luxurious library and breakfast served in the former chapel, Te Anau Lodge is rich in history. However, the quirkiest accommodation can be found at the far end of the expansive garden where you can spend the night on a train bound for nowhere. A historic carriage from Dunedin’s Taieri Gorge Railway has been converted into a self-contained suite, complete with a clawfoot bath, classic train car dining area, beautiful pressed metal ceiling and a comfortable bed. 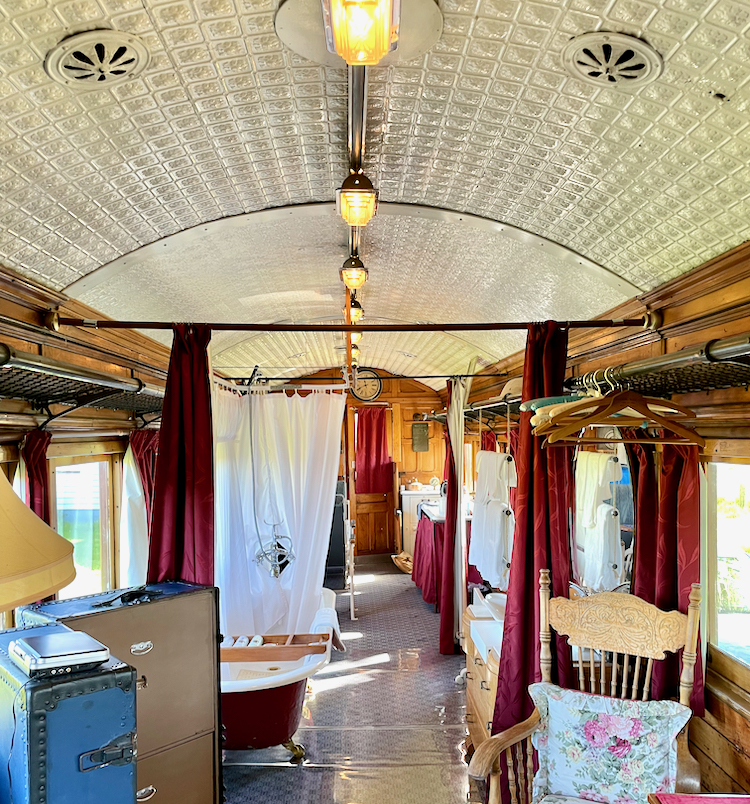 It may seem perverse to visit one of the most scenic regions of New Zealand and head indoors to a movie theatre, but the Ata Whenua film at Fiordland Cinema is well worth the 30 minutes spent inside. Plus, it’s a great option if you happen to be visiting on one of Fiordland’s 200 annual rainy days. Created by the team behind Fiordland Helicopters who also funded the construction of the cinema to showcase the final film, Ata Whenua – Shadowland is an epic, mostly aerial journey through the remote and remarkable landscapes of the region. Incredible cinematography captures the sheer granite cliffs of the Darran Mountains and the snowy peaks of Mount Tutoko, Fiordland’s highest mountain; the multitude of waterfalls, primordial podocarp forest and remote coastal spots where hardy settlers once tried and failed to establish a town in the 1800s. It’s an incredible snapshot of some of the wildest and most spectacular landscapes in New Zealand.

Set in the green countryside just outside nearby Manapōuri is a farm of friendly, fluffy, funny-looking alpacas that you can get right up close to. So close, in fact, that you might start questioning their parameters of personal space. At Kepler Mountain View Alpacas, you’ll get to feed the many resident alpacas and find out fascinating information about these unusual animals. Like the fact that alpacas don’t have hooves. Instead they have two toes, with toenails and soft pads underneath, meaning they are quite literally low-impact on the land. They breed once a year, with a gestation period of 11 months, and females get to choose when they give birth – normally it’s between 9am and 3pm on a sunny day, as baby alpacas, or cria, need to sun-dry once they’re born. Alpacas are also similar to humans with their age and gender traits: the teenage boys will hoover pallets out of your ice cream container, while mature females pick at them delicately. Make sure you check out the onsite shop where you can buy beautiful products and yarn made from their super lightweight and valuable fleece. 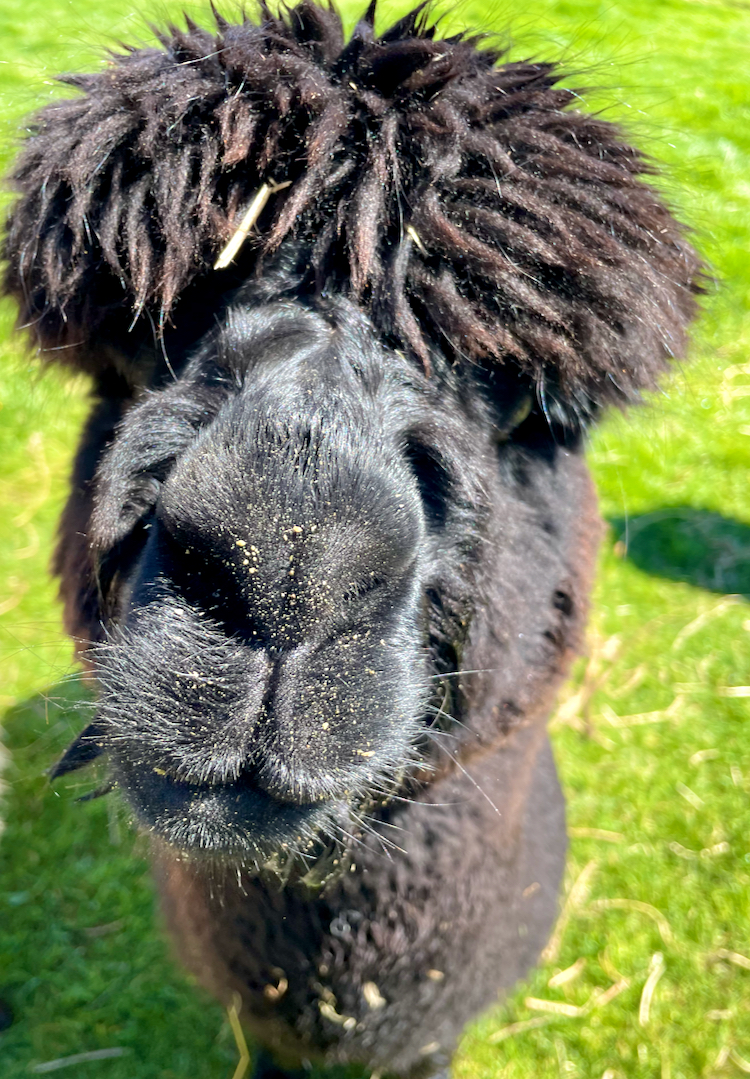 Fiordland Region while you're here

At 444 metres, Fiordland’s Lake Manapōuri is the second deepest lake in New Zealand.   Read the story . . .

Te Anau to Milford Sound Piopiotahi Highway: the journey into the heart of Fiordland

If you want to take in Fiordland’s wilderness, vastness and beauty without being drenched in that seemingly perpetual rain, take the Piopiotahi Highway. Read the story . . .

The ineffable scale and grandeur of this landscape has to be experienced to be believed. Read the story . . .