Four free things to do in Taupō

Jet boating, kayaking, bungy jumping and hot spas, Taupō has lots of exciting activities on offer but they can be costly, especially for a family. And, often, the best things in life are free.

1. Walk or bike to the Huka Falls

The Taupō to Huka Falls walk and cycleway follows the east side of the Waikato River for two kilometres. It’s an easy path with great views of the river and its edges of willows, ponga and bright yellow summer gorse. Riverside rocks smell of sunshine and an occasional trout rises leaving concentric rings on the water’s shiny surface. Go there and back or, if you are feeling lazy, get someone to meet you at Huka Falls. 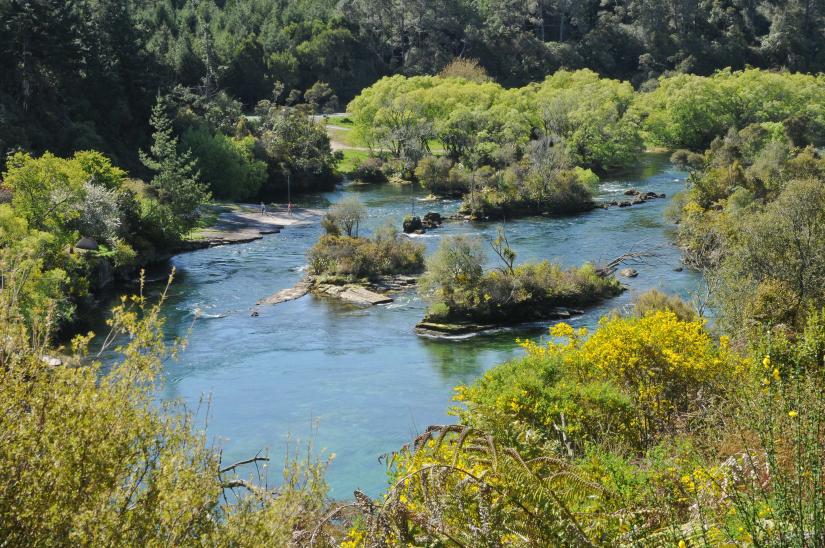 Spa Thermal Park has a children’s playground, a BMX course, lots of rolling grassland and, at its north end, a natural hot pool where a thermal stream joins the Waikato River.

People are often bathing in the stream’s steaming hot pools, plastering their bodies with sulphur-smelling mud, getting massaged under the small waterfall and then moving just a few metres to the river’s cold water. And back again. 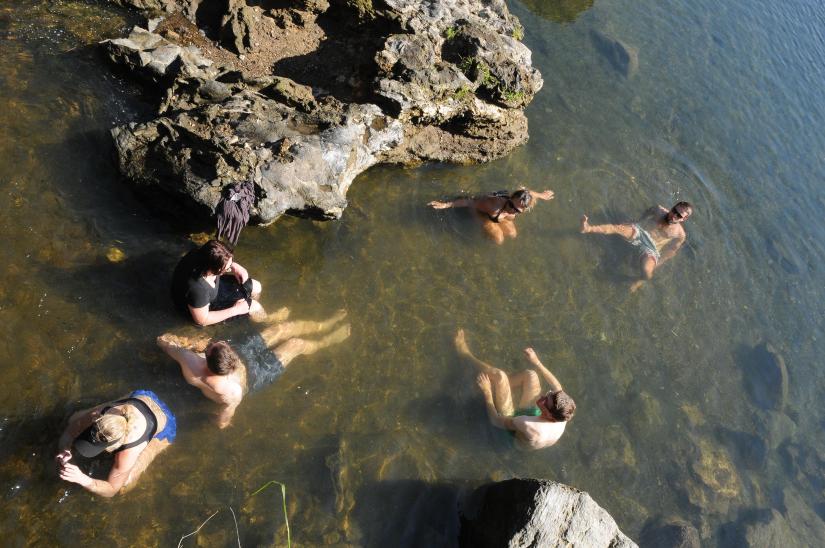 Aratiatia Dam on the Waikato River, the closest of eight hydroelectric power generating dams to Taupō, was built in 1964 above rapids of the same name. The dam, by its nature, holding back water, would have reduced the Aratiatia Rapids to next to nothing. A deal was made that the dam’s gates are opened three times a day (10am, 12pm and 2pm) so that the rapids fill to be the raging torrents they once were. One can watch this phenomenon from a road bridge by the dam, but it’s better to arrive early and walk to one of two viewing platforms below the dam but above the rapids.

The build-up is fun. Sirens warn that the gates are about to open. The little stream in a rocky gorge quickly transforms into a raging torrent with white water furiously bouncing from rock to rock. Then ten minutes later the gates slowly close and the torrent becomes a quiet stream again.

4. Cheap eats and drinks with a priceless view

OK, so food and drink is not usually free, but Taupō has a fabulous lake-side eats precinct that does have affordable offerings. Pub & Grub, Burger Fuel, Waterside Restaurant & Bar, an ice-cream and treats parlour and more are all conveniently next to each other at the town end of Lake Terrace. They share a generous outside dining area with plenty of tables and magnificent views over the lake to the mountains.

It’s a great place to frugally finish an active and fun-filled day. 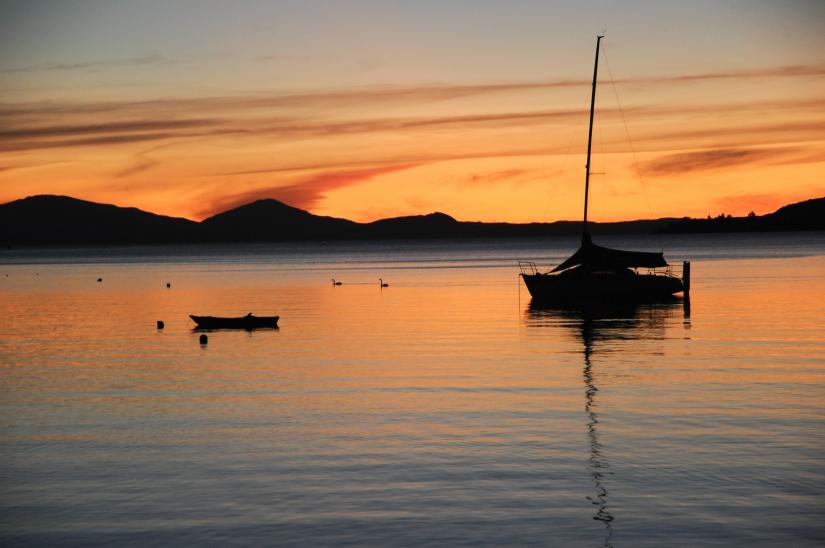 Lake Taupō: how did we get so lucky?

It really is all about Lake Taupō in this part of the world, where the water’s mood governs the feel of the day: sunny and sparkling, or grey and intense.  Read the story . . .

Experience the intense power and energy of water, as the Waikato River is squeezed through dams and rapids in Taupō. Read the story . . .

Take a scenic walk along the banks of the Waikato River, or explore the many lookout points at Huka Falls, one of the most visited natural attractions in New Zealand.  Read the story . . .

Four fun things to do in Wairākei

Just outside Taupō, Wairākei is a hotspot of geothermal activity, scenic beauty, crafts and cafés. Read the story . . .