The remains of a pier on the Tīmaru coast. © Alex Wallace

Loved by the locals: Tīmaru

Being lauded in a well-known guidebook can be the kiss of death for an eating establishment but Arthur Street Kitchen is as good as ever; maybe because we locals discovered it ourselves – we don’t need to be told we have a little gem in our midst. With three woody rooms and two outdoor seating areas, there’s space for every occasion and weather. Meetings are held here over excellent coffee; life’s dramas are recounted over hot chocolates and warm scones.

Call in on your own and there’s always a cheery greeting from the staff who perform an intricate catering ballet in the tiny kitchen, local art on the walls and magazines and the local paper to peruse. Early risers do breakfast, I usually arrive for lunch (the cabinet food is a visual as well as a culinary feast). Check out the salt and pepper sets.

When the sun is shining Harlau House is a favourite spot for lunch. You won’t find it in Tīmaru itself though – but head inland immediately outside the town’s southern boundary on Beaconsfield Road, where the plains yield to gently rolling hills and you’ll find it. It’s less than 10 minutes from the centre of town. Aim for a table in the large courtyard so you can admire both the brick former stable building which houses the café and the gardens and established trees around the 19th-century homestead, while you enjoy relaxed, casual dining.

The site of the first European settlement in Tīmaru, Patiti Point was named Peeress Town back in 1874. A trypot set beside the upper of the two carparks here is a reminder that once, coastal whaling was an important local industry.

Patiti Point, near Tīmaru Hospital, is a place to sit and watch the Pacific wash ashore on a sweep of gravel beach, or if you’re lucky spot a rare Hector’s dolphin.

The coastal walkway passes here too – powering up around a bend one day I came almost face to face with a New Zealand fur seal. To the south on a fine day you’ll be able to see Tuhuwaiki (Jack’s) Point 1903 lighthouse.  Have a picnic on the beach or on the clifftop and watch the ships arriving and leaving the port to the north, stride out along the walkway or, if the sea’s co-operating, watch the surfers – there’s a good surf break here.

One of Tīmaru’s oldest buildings, the Landing Service Building dates back to 1870, a structure unique to New Zealand and possibly to Australasia. Constructed of local volcanic basalt (known as bluestone in Tīmaru) the building was European settlers’ solution to a lack of a natural harbour. Sailing ships would anchor off shore, smaller boats would be hauled to and from the ship by cable and unloaded inside the building.

Today it houses an ale house, function centre and the Te Ana Māori Rock Art Centre. The latter houses the most significant collection of ancient Māori rock art in New Zealand – South Canterbury and North Otago’s limestone outcrops have the highest concentrations of this art in the country. After you’ve checked those out, take a seat outside, next to the statue of Captain Cain. Henry Cain, a former mayor and one-time owner of the building, was poisoned by his son-in-law, Thomas Hall, in a crime that gripped the nation in the 1880s.

Centennial Park is aglow with colour every autumn; a leafy green retreat in spring and summer. Named to commemorate the centennial of the signing of the Treaty of Waitangi, it is often simply called The Scenic by the locals.

Now a peaceful place for walking, picnics (there are free gas barbecues) and numerous mountain bike trails, it owes its origins to 75 years of quarrying for the bluestone used especially to form the Port of Tīmaru’s breakwaters. Narrow-gauge railways ferried the rock to the harbour and other sites around town. Moa bones were found here too – possibly the oldest ever discovered. Today 7000 trees, both exotic and native, soften the quarried walls; there’s an artificial lake, a playground, historic bridges once part of the quarry railways and other reminders of the park’s industrious and much less tranquil past. 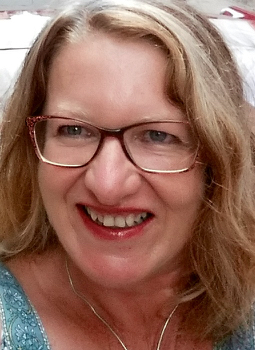 Jill Worrall is an award-winning writer, a born and bred Cantabrian. She combines freelancing with operating tours to countries as diverse as North Korea and Iceland and so doubly relishes time at home (and easy access to Marmite). She was the principal contributing writer for Reader’s Digest Illustrated Guide to NZ and wrote the text for the Platinum best-seller, Portrait of New Zealand.

South Canterbury’s landscapes are born of its location – bounded by two of Canterbury’s unique braided rivers, flanked on one side by the Pacific Ocean and to the west the Southern Alps. At its heart, the city of Tīmaru. Read the story . . .

The South Canterbury town of Geraldine is home to some of New Zealand’s most successful food producers. Read the story . . .

Round trips are immensely satisfying. There’s a pleasing symmetry in ending up back where you started, a closing of the loop, a real sense of achievement. Read the story . . .

By day, the view’s pretty spectacular – the arid splendour of the Mackenzie Country dominated by Aoraki Mount Cook. But you really want to be here when it gets dark...  Read the story . . .

Jill Worrall is an award-winning writer, a born and bred Cantabrian. She combines freelancing with operating tours to countries as diverse as North Korea and Iceland and so doubly relishes time at home (and easy access to Marmite). She was the principal contributing writer for Reader’s Digest Illustrated Guide to NZ and wrote the text for the Platinum best-seller, Portrait of New Zealand.