Views of Auckland City from the Waitakere Ranges. © Tuan Nguyen.

Loved by the locals: Waitākere

In recent years the West Auckland food scene has shaken off its reputation for being… limited. While Lynmall in New Lynn may be one of New Zealand’s oldest shopping malls, the dining precinct The Brickworks is far from old school.

Featuring flavours from around the world, a movie theatre and a fairy-light festooned courtyard to dine in The Brickworks is a great spot for a relaxed night out.

But if you’re in the mood for something sweet do’nut look any further than Rānui’s Kookie Haus – home of the famous cookie dough sandwich. In fact owners’ Wes and Jen’s inventive use of cookie dough extends to truffles, donuts and even shakes. They also have vegan and gluten-free options, so everyone can indulge.

Waitākere is home to so many kilometres of beaches and secluded bush-clad bays that it’s hard to pick a favourite. Not far from the urban cityscape is Blockhouse Bay Beach Reserve along Endeavour Street. Relax in the shade of a pōhutukawa tree next to a wooden playground that'll provide kids with hours of fun.

Beautiful evening down at the bay tonight. Hope you're having a fantastic weekend!

Further out is the sandy shoreline of Laingholm Beach dotted with palm trees. Just a short distance from the city, this West Auckland gem is perfect for refreshing swims, a leisurely stroll or a relaxed picnic.

Avondale’s Hollywood Cinema makes going to the movies a bit special. Built in 1915, the neo-classical building has an interesting history and vintage charm.

Originally the Avondale town hall, The Hollywood is Auckland’s earliest cinema and has been screening movies since the days of silent film.

THANK YOU to all who came by The Hollywood for 2017 @nziff! Your support keeps cinemas alive! #lastday #yallcomebacknow

A post shared by Hollywood Theatre Avondale (@hollywoodavondale) on Aug 5, 2017 at 4:43pm PDT

Avondale’s most well-known attraction is the Sunday morning market. Running for more than 30 years at the Avondale racecourse, the markets are like stepping into another country. The range of fresh produce, sacks of spices, fried food, colourful stalls, music and crowds will transport you somewhere far from suburban Auckland.

Tucked away in the unassuming suburb of Swanson, Crystal Mountain is home to New Zealand’s largest range of crystals and minerals from around the world. Marvel at the sparkling selection in the underground museum and gift store or grab a coffee and bite to eat at the on-site café. Outside, you’ll find a couple of curious peacocks wandering from the animal park complete with an express train, mini roller coaster and pony rides.

Not far away in Henderson, Whoa! Studios certainly lives up to its name. Everyone who walks through the grounds says just that. Fun for children and adults alike, exploring the playground, restaurant and beautifully crafted theatre in Henderson Valley makes for a great family day out. Hang off or jump inside the playground, hand-knitted in multi-coloured crochet, enjoy a coffee or an excellent meal at The Grounds restaurant or watch a live pantomime at the theatre designed by The Lord of the Rings model makers.

Blue sky day, we have the place to ourselves. #whoa #mentalhealthday

Auckland is home to some spectacular bushwalks and unsurprisingly many are found out in the lush green areas of the Waitakere Ranges.

Lace up your walking shoes and explore the Titirangi and French Bay loop.

Much of the walk is through native bush including old totara and groves of young kauri. The track starts near Titirangi village and follows Atkinson Park to Titirangi Beach and French Bay.

Such a beautiful day for bush walk to the beach! And it’s awesome to have these spots in the walking distance from home 😆 #nzsummer #titirangibeach #atkinspark #bushwalk #lowtide #ferns #walk #auckland

Nearby Waiatarua is often described as the heart of the Waitākere Ranges and it’s home to some stunning bush walks. Waiatarua Reserve a large wetland is bustling with pūkeko and other water birds with paths suitable for walking and cycling. Closer to the city, Green Bay’s Craigavon Park is a space to get active with a gentle bush stroll or to simply relax on the grassy plains. The popular off-leash dog area and agility course is also a great spot to take your furry friends or make some new ones. 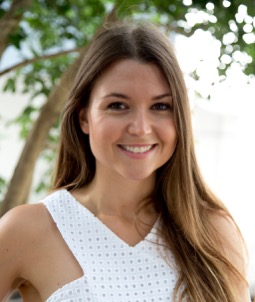 Monica Tischler discovered a love of writing while completing a media arts degree at Wintec in Hamilton. She began her journalism career as a reporter for Fairfax Media and, keen to break into the magazine world to develop her feature writing, joined the AA Directions team in 2015. She quickly proved herself and is now the Assistant Editor for the magazine. It’s a busy role but happily, it involves travel. Some of this is international; most of it is around New Zealand. All of it is special.

Show me more by Monica Tischler

If you’re partial to a peninsula and you like your city settlements on the quirky side, the trio of suburbs near central Auckland’s inner harbour is well worth exploring.  Read the story . . .

Monica Tischler discovered a love of writing while completing a media arts degree at Wintec in Hamilton. She began her journalism career as a reporter for Fairfax Media and, keen to break into the magazine world to develop her feature writing, joined the AA Directions team in 2015. She quickly proved herself and is now the Assistant Editor for the magazine. It’s a busy role but happily, it involves travel. Some of this is international; most of it is around New Zealand. All of it is special.

Show me more by Monica Tischler