Keen to get out and about after Lockdown? We've picked nine great adventures, activities and places to visit around New Zealand to add to your travel wish-list.

Located in the ‘long harbour’ (literal translation) of the same name, Akaroa was New Zealand’s first French settlement. Today, the French street names remain, as do a few descendants, and being French, there’s more fine food on offer. Being so early settled there is also some utterly outstanding architecture, including one of New Zealand’s oldest houses. The Giant’s House, with its mosaics and artistic pieces and gorgeous terraced gardens is also a must see. With the region being a historical coming together of Māori, French and English, the museum offers a great perspective and some incredible artefacts from all three claimants on this quiet corner. If you need further adventure, the sheltered harbour is a magnet for dolphins – a couple of companies offer the opportunity to swim with the friendly Hector’s variety, though whether they reciprocate will depend on their mood on the day.

A post shared by Akaroa and the Bays (@akaroa.newzealand)

The Karangahake Gorge is one of those classic Kiwi drives that, being on a major state highway, you’ll likely have ‘done’ a few times and probably thought ‘I must get out of the car and explore that someday.’ Well, get out of the car! ‘Someday’ is here! The ‘official’ walk is along 7km of bush-clad trails, which follow the sinuous Ōhinemuri River and the old railway track that used to run between Paeroa and Waihī. The relics of the Crown Battery lend an eerie context to the natural setting, while the 1100m long Karangahake Tunnel is a thrilling venture into the underground. With the sheer rock walls of the gorge, the rising and falling river, and then the relics of gold mines and mining equipment to add flavour, this is one of the country’s greatest walks.

A post shared by good for your soul (@thecoromandel)

Where the Rai meets the Pelorus River between Nelson and Blenheim is a unique location, intensely scenic, remarkably peaceful and rich in wildlife and history. Nearby Canvastown had a population of 3000 in the mid-1800s, the goldminers’ tents providing it with its name. The forest contains a canopied collection of beech and native rimu, kahikatea and tōtara and you can weave your way in amongst it, making use of several wide, easily negotiable tracks in the reserve. If you want to stay a bit, the Kahikatea Flat Campground is a prime spot and gives easy access to several superb swimming holes. Camping out then waking to the sound of native birds, exploring swimming holes, hidden tracks, massive native trees – sounds pretty great.

The Coastal Walkway is a 12km promenade par excellence that hugs the sea and grabs your senses all the way from Bell Block to the Te Rewa Rewa Reserve and beyond. The Bell Block beginning is a gentle but rewarding stroll or ride through classic Kiwi farmland before you hit that rugged coastline and make your way south. Stroll the stunning Te Rewa Rewa Bridge, and look up to see Mount Taranaki framed – a picture within a picture. Down to the city proper, you get up close with Len Lye’s Wind Wand, an example of kinetic sculpture in its in situ glory. The whole walkway is a celebration of the outdoors, with human-made highlights dotted along it to augment the amazing natural landscape. The views are epic – Mount Taranaki one way, the open sea the other, and there are plenty of good side tracks for those who like to be sidetracked.

While they are known as the Moeraki Boulders, they are actually strewn along Koekohe Beach, just south of Ōamaru. ‘Strewn’ perhaps makes them sound pebble-like: it would be one giant who could have strewn these geological phenomena; They are massive. Some up to two metres in diameter, and best viewed at low tide. While they really do look like they’ve landed from space, but it’s actually taken four million years for the largest boulders to form into what you’ll see today; 60 million years ago they were wee molecules. There are about 50 or so strewn along the beach; old pictures and local legend tells us that in the 1800s there were heaps more, but people took them home. More exciting than topiary, maybe?

Walk or bike the Kaiwhakauka Track in Whanganui National Park or navigate the Whanganui River to the Mangapūrua Landing then take a gentle 40-minute walk through beautiful native bush to reach the Bridge to Nowhere. During the First World War, the Government offered land in the Mangapūrua and Kaiwhakauka valleys to returned servicemen as part of a soldier settlement scheme, to try to give them a new start. They cleared brutal scrub and bush, carved out roadways and tried to make a go of it in typical Kiwi fashion. A wooden swing bridge was constructed across the Mangapūrua Stream in 1919 to get the settlers connected, which was replaced by the current concrete version in 1936. Around 40m above the river within the sheer ravine walls, it is a serious piece of engineering. But sadly, the bridge became abandoned – it was too hard, too rugged, too isolated to make a living here. Unforgiving though it is, today the area is a haven for the modern explorer. You can canoe this mighty river or jet boat up, and there are places to stay nearby if you need a base for some intense bushwalking or mountain biking.

The drive the start of the Rob Roy Glacier Track, the slightly preposterous-sounding Raspberry Creek Car Park, is almost as adventurous as the walk to the top of the glacier. Sealed tarmac gives way to gravel gives way to rutted track then boom! Let’s ford that river. Ten times. If you’re in a rental, you may want to reconsider. Some abandon their vehicles along the road and just kick the tramp off early. But the effort is worth it for one of the region’s most stunning walks. This track takes you into Mount Aspiring National Park via dense beech forest, moss and ferns. Waterfalls tinkle, birds sing, then you’re above that treeline and into the alpine. The hanging glaciers beneath Mt Rob Roy will leave your jaw hanging; waterfalls scythe down the cliffs, great chunks of mountain seem to frame every view. Tip: beware of the persistent kea that will attempt to steal anything not nailed down.

Ōkārito Lagoon on the South Island's West Coast is New Zealand’s largest unmodified wetland and a natural home for waterbirds galore. Get out on that water, via a kayak, and start exploring one of the most fascinating environments you could hope to poke a prow into. The water is shallow, and where it’s not a lagoon there are river channels that you can nose up, or you can take it easy on the tidal flats.You may even see a kōtuku, a very rare white heron, as this is the only place in the country that they breed. Guided tours mine the many wonderful walks here, one of which follows a 150-year-old bush pack-track that miners once used. From the lagoon, look back over your kayak and Aoraki Mt Cook and a line of the Alps show splendidly along the horizon. Even stern West Coasters are inclined to describe the view as ‘jaw-dropping.’

There are half a dozen wild and wonderful spots to choose from on Auckland’s west coast, and Te Henga, also known as Bethells Beach, is one of the most accessible and most popular. Like its close neighbours Piha and Karekare, it offers surfing for the bold and swimming under strict and necessary surf lifesaving guidance. One of the other big attractions is Te Henga Walkway, where you can stride along the rugged cliffs that survey the sea, as well as past lagoons and amazing sand dunes. To the south O’Neills Bay and to the north the dive-bombing gannets at the colony at Muriwai. The track is part of the Hillary Trail, an amazing combination of tracks and trails that runs throughout the Waitākere Ranges, named in honour of the man who conquered Everest, New Zealand’s Sir Edmund Hillary. This is an environment that soothes the soul yet inspires it in equal measure, blowing away the cobwebs from the city that is only an hour’s drive away. 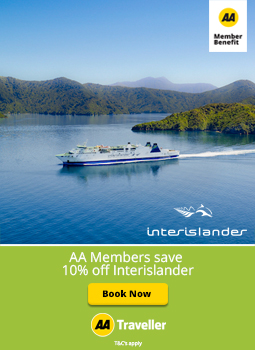 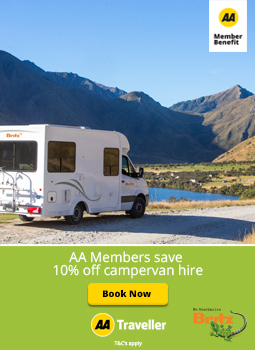 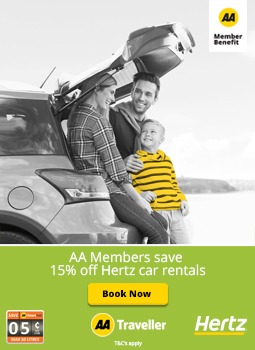 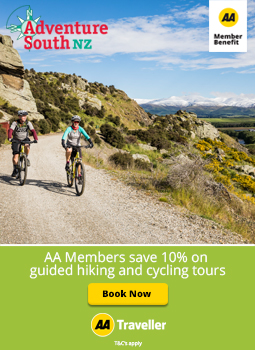 Craving a long weekend away? Start planning your summer travels with 12 great things to check out within an easy drive from Auckland. Read the story . . .

Get outdoors: 10 scenic spots for a springtime stroll

As the weather warms up and we're all itching to get out and about, why not check out a short walk close to home. We've rounded up a handful of springtime strolls to add to your wish-list. Read the story . . .

13 intriguing museums to visit around New Zealand this winter

Escape the cold and learn more about New Zealand’s history on a visit to one of these fascinating museums around New Zealand.  Read the story . . .

Looking for school holiday activities the whole family can enjoy? We've picked nine great days out around New Zealand for the young and young at heart. Read the story . . .