Six scenic spots to discover in the Catlins

The Catlins, the remote south-eastern corner of Southland, is comprised of bucolic farmland and pockets of beautiful bush, edged with wild coastline. Plan a visit if you’re looking for somewhere to really get away from it all.

Purakaunui Falls is the most famous and most glamorous of the waterfalls in the Catlins. Triple tiered and spilling over a wide brim into a tannin-rich pool, the falls are particularly impressive after a good downpour. You can reach the top viewing platform above the falls on a short bush walk along a wide, wheelchair-friendly gravel path, although the bottom of the track includes couple of flights of steep wooden steps. The towering beech and podocarp forest here is filled with native birds, including pīwakawaka and noisy tūī. 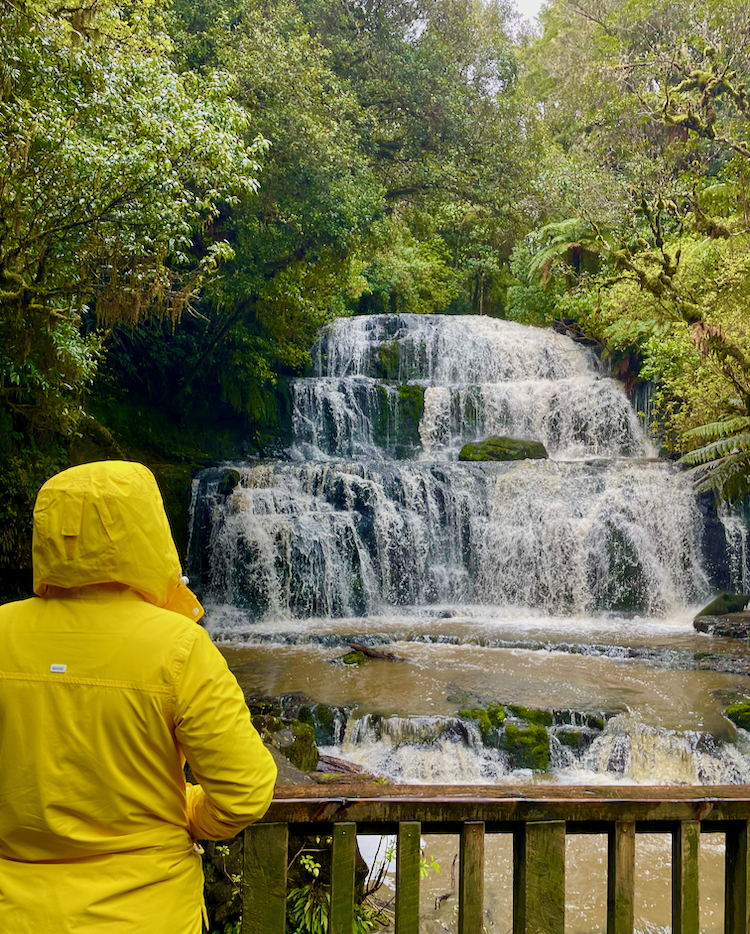 Purakaunui Falls is the most famous waterfall in the Catlins.

While Purakaunui Falls might be the most well-known, McLean Falls is the Catlins’ tallest. The walk to reach the 22-metre-high waterfall is longer, with some steep and slippery sections. Be particularly careful on the overhangs that are prone to rockfall and the slick rocks that surround the waterfall itself. But it is worth the effort! Tumbling down a steep, mossy gully the cascading McLean Falls are spectacular. The walk alongside the Tautuku River to and from the carpark also makes for a pleasant outing in itself. 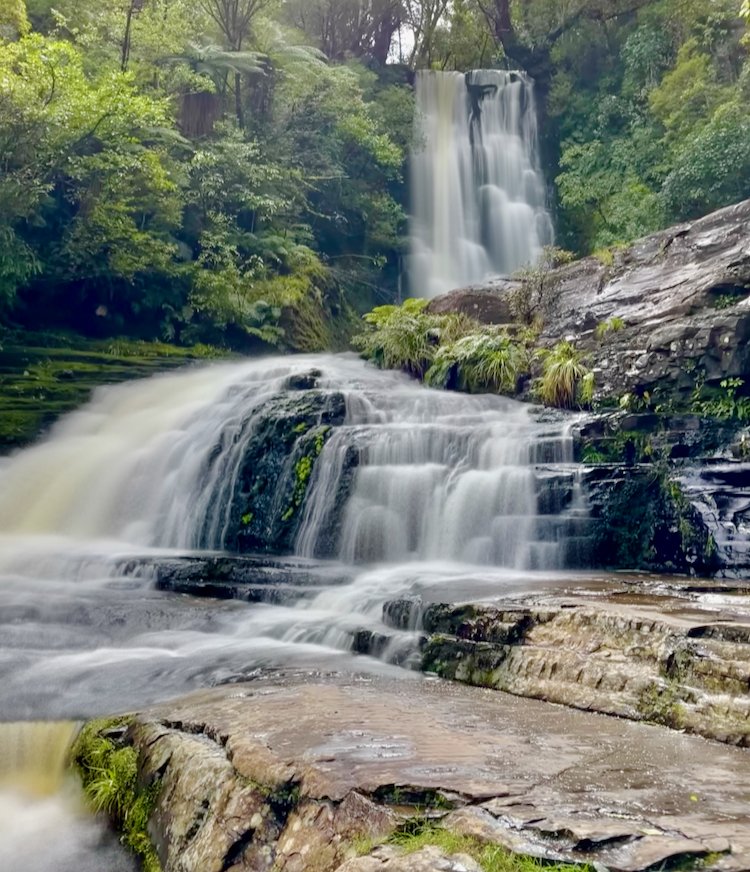 McLean Falls are a spectacular 22-metre waterfall, the highest waterfall in the Catlins.

Sitting at the northern edge of the Catlins, the Nugget Point / Tokatā Lighthouse is one of Aotearoa’s oldest, built in 1870. This rocky promontory is a site of significance for local iwi Ngāi Tahu, with a long history of food and resource gathering. Today, it’s also home to more than 40 species of sea birds, including tītī sooty shearwaters, royal spoonbills and kororā little blue penguins. Kekeno fur seals are also commonly spotted, along with the occasional sea lion or elephant seal. With prevalent south-westerly gales, the wind-battered landscape is dramatic, with resilient native shrubs and craggy cliffs. From the viewing platform below the lighthouse, you can look down on the ‘nuggets,’ the rocky islets named by Captain Cook who likened them to gold in the morning sunshine. 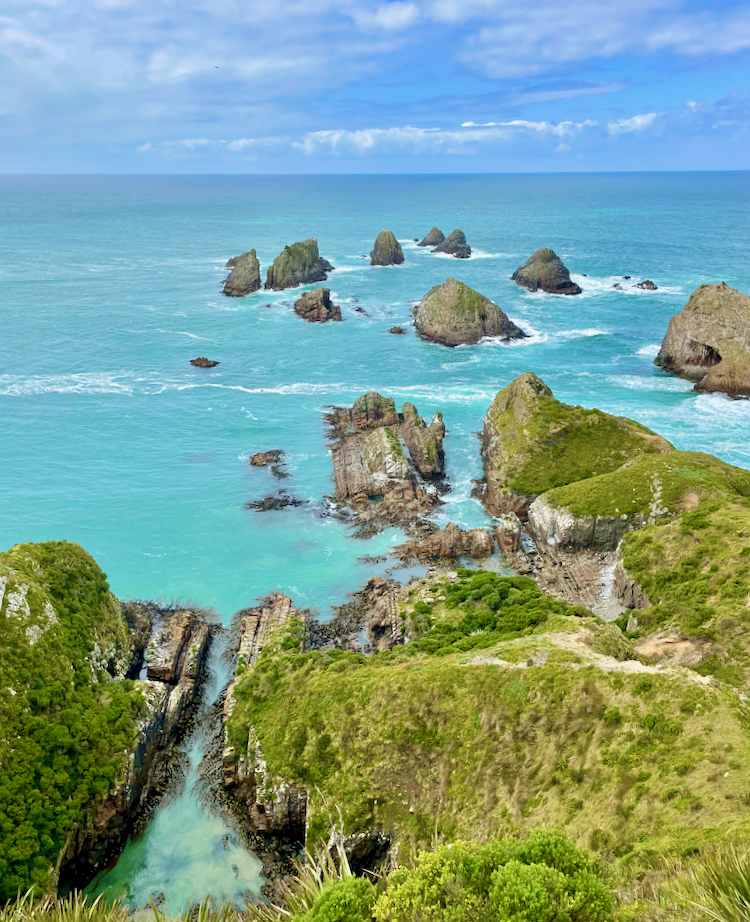 Visit Nugget Point in the Catlins for a short walk to one of New Zealand's oldest lighthouses.

Have you ever seen a petrified forest? While it may sound like the beginning of bad dad joke, at Curio Bay you can in fact spot the remnants of a Jurassic forest preserved in the coastal rocks. At low tide the ridges of ancient tree trunks are visible, stretching out towards the sea. About 180 million years ago, when New Zealand was still part of Gondwanaland, the forest here was destroyed several times by huge floods of volcanic debris over a 20,000-year period. Over millennia, the damaged trees were infused with silica minerals, eventually turning the wood to rock. In some places fern fronds and leaves have even been preserved as fossils within the mudstone, making this untouched spot at Curio Bay a site of international importance. The wild coastline and frothing waves here are also home to rare Hector’s dolphins, so keep your eyes peeled. 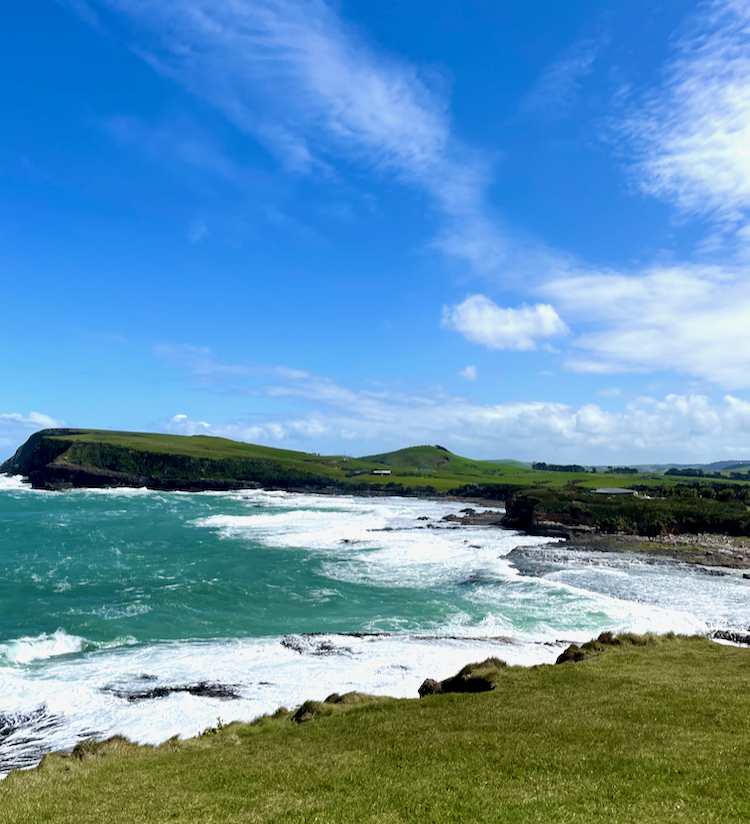 Curio Bay in the Catlins has rare Hector's dolphins and a petrified forest to discover.

Waipapā Point sits on the easterly edge of the perilous Foveaux Strait Te Ara a Kewa. Here, shallow waters, strong currents, reefs and gales make this area notoriously dangerous. However, the waters are also rich in wildlife. In the early 1800s a whaling station was established nearby at the mouth of the Tokanui River, and Foveaux Strait became a major shipping highway. But as traffic increased, so did the number of shipwrecks. On April 29 1881 Waipapā Point became the site of New Zealand’s worst civilian shipwreck when the steamship Tararua carrying 151 people hit the reef. The ship sank with the loss of 131 lives. Just under three years later, the wooden Waipapā Point lighthouse, constructed in an identical design to Northland’s Kaipara North Head lighthouse, was first lit on New Years Day 1884. Visit Waipapā Point for a blustery, breathtaking experience as you marvel at the sheer power of the elements. 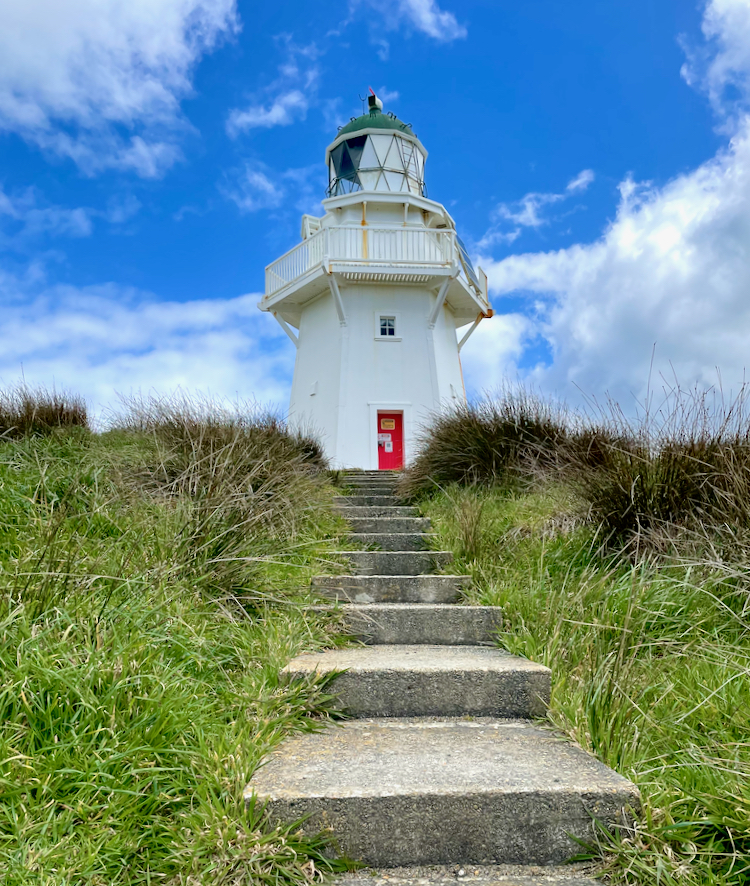 If you want to immerse yourself in the untouched landscapes of the Catlins for longer, book accommodation at Catlins Mohua Park. Here, four self-contained cottages are set amongst the native bush, with sprawling, bucolic views over tightly cropped green paddocks, so immaculate they could be mistaken for a golf course (just with more sheep). Take a stroll through the park on 4km of walking trails that wind through the verdant bush, or unwind on your own private deck. While the cottages have everything you need and you can either opt to bring your own food or choose one of the platters, breakfast or barbecue packages, there are no TVs so you can properly soak up this special spot. 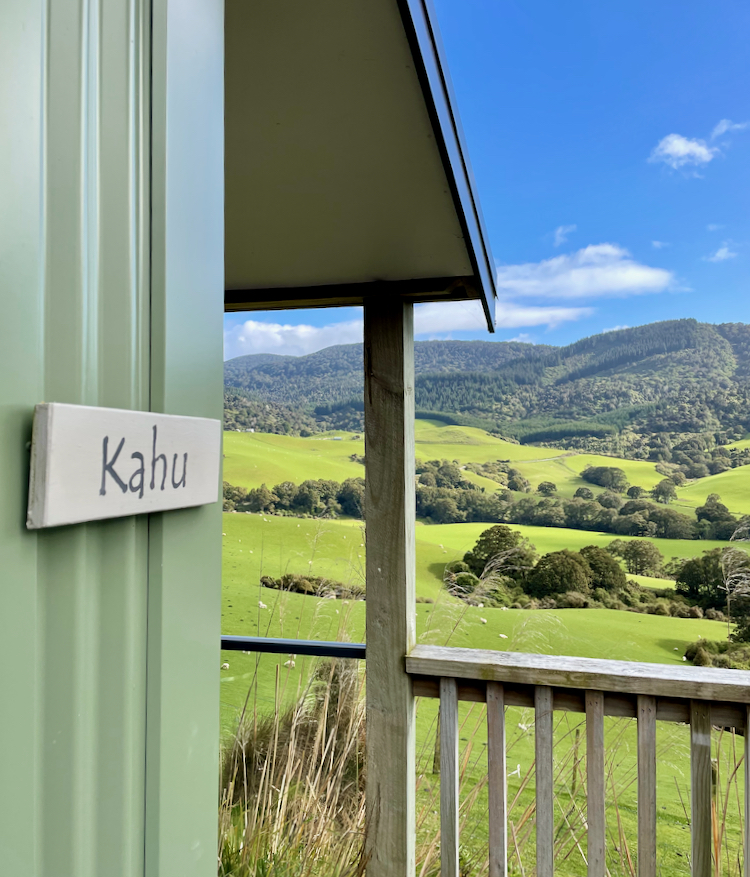 Find self-contained accommodation with lovely views in the Catlins at Mohua Eco Park.

Top tips for travelling in the Catlins

Catlins while you're here

Right at the bottom of the South Island, the remote and rugged coastline at Waipapā Point is home to one of the last wooden lighthouses built in New Zealand. Read the story . . .

Experience the natural highlights of the Catlins

The remote and rugged corner of the South Island’s south-eastern coast, known as the Catlins, is like a highlight reel of all the best bits nature has to offer. Read the story . . .

The Southern Scenic Route is a drive of unparalleled beauty and an almost contradictory mix of dense woodlands and wild, open southern coast. Read the story . . .

Spot penguins, seals and one of New Zealand’s oldest lighthouses at Nugget Point

A historic lighthouse on a rocky peninsula surrounded by the wild Pacific Ocean: it doesn’t get much more iconic than Nugget Point. Read the story . . .

Top tips for travelling in the Catlins