Waipū, just an hour and a half north of Auckland, is a small town steeped in Scottish heritage.

With the founding arrival being described as one of the world’s great migrations, some 900 people followed the outspoken, fiercely Presbyterian pastor, Norman McLeod from Scotland to Nova Scotia, then Adelaide and finally settling in Waipū in the 1850s. Among a myriad of other activities, the annual Art N Tartan wearable arts awards helps keep the Scottish heritage alive.

The baseline population is around 1,500, swelling to more than 20,000 during summer as people flock to the beautiful Waipū Cove and nearby Langs Beach for days in the sun and sea.

The town as a small but delightful museum, a sprinkling of antique shops, health stores and its own beer-making facility (McLeods Brewery) in a cosy place at one end of town, where summer visitors also enjoy gourmet pizzas. 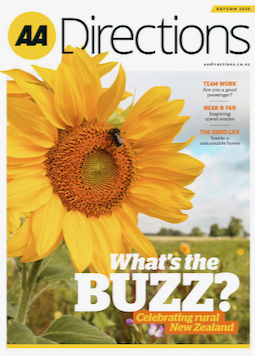 Hundertwasser Toilets: the loo that made headlines

The internationally renowned Hundertwasser toilet in Kawakawa has become one of New Zealand’s most photographed attractions. Read the story . . .

Escape the city for a weekend at a slower pace filled with simple pleasures at Northland's Mangawhai Heads.  Read the story . . .