Mention it to almost anyone around the country, and the words “red light district” are likely to come up.

Visit the notorious street in person, however, and you might be surprised by what you find: a colourful, creative district filled with contemporary art galleries, vintage boutiques, trendy restaurants and grungy music venues – and OK, maybe just a smattering of smut.

Stunner on the strip today 👌🌴🌞 Get down and support local business! #kroadnz

Back in the mid-20th century, K’ Rd was Auckland’s premier shopping strip, lined with ritzy fashion stores, bridal boutiques and beauty salons. Things took a turn in the ‘60s, however, when a new motorway displaced 50,000 residents from the area, gutting the local customer base. The posh shops moved out, and the first strip club, The Pink Pussycat, opened its doors in 1966.

By the 70s K’ Rd had sealed its reputation around the country as New Zealand’s sleaziest street and had become a haven for artists, migrants and misfits.

For better or for worse, K’ Rd is currently in the throes of gentrification, but the bohemian spirit that defined it for decades remains intact. Sure, there’s a shop selling artisan doughnuts now and the iconic Las Vegas Strip Club has transformed into a jazz and cocktail lounge, but there are still places to pick up a second-hand frock for $15, rock out to Auckland’s best alternative bands or see cabaret performed by drag queens.

Looking over the strip for 55 years and counting

And once again, K’ Rd is becoming one of the best precincts in Auckland for shopping. You won’t find any high street brands on the strip, but for one-off treasures, the independent boutiques and second-hand stores have you covered.

A few favourites include Hailwood and The Keep for women’s fashion, Helter Skelter for vintage homewares and Crushes for New Zealand-made homewares and handicrafts.

Art lovers visiting the area are equally well-serviced. Some of the top galleries include Artspace (a non-profit exhibition space featuring cutting-edge local artists), Bowerbank Ninow, Michael Lett and Starkwhite. Then, of course, there are the outdoor canvases. Explore the area by taking yourself on a walking tour of the colourful backstreets.

A work by @andrewj.steel on Cross ✖️ street

Recently, K' Rd has been emerging as one of Auckland’s best dining districts.

In-crowd favourite Coco’s Cantina is as popular as ever, but new options are popping up monthly. The newly-refurbished St Kevin’s Arcade, with its gorgeous floor-to-ceiling windows over Myers Park, is home to two excellent eateries – Bestie Cafe and Lebanese restaurant Gemmayze St. Other top places to try include Pie Piper for American-style sweet treats and sandwiches, Eight Thirty Coffee for your pre-shopping caffeine kick and Sri Panang for the best Malaysian food in Auckland.

It took over a year but we finally got it done Gemmayze street has a website !! Go check it out at www.gemmayzestreet.co.nz s/o to @joshgriggs_ for the amazing photos !! #supportowneroperators #therealness

After dark, there’s a bar for every mood, from grungy live music venues like the Wine Cellar and Whammy to upscale watering holes like Apero, Madame George and Love Bucket. Whichever you choose, there’s a good chance of ending the night at Family Bar – Auckland’s loudest and proudest gay bar. Shimmy on to the dancefloor at 3 o' clock on Sunday morning, and you’ll experience a sense of community, of freedom, and of frivolous fun. That’s what K’ Rd is all about.

This photo gives me so much life! 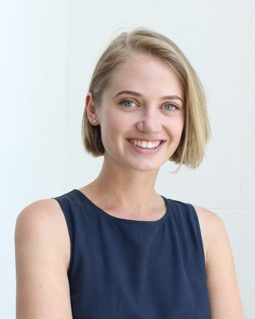 Alice Galletly is a freelance travel, beer and food writer based in Auckland. Instead of saving for a house, she prefers to fritter away her money on trying new restaurants, spontaneous trips away and avocados. She's happiest when hunting for the best things to eat and drink in a new city, particularly if she's being paid to write about it, or when lying on the couch with her cat.

Show me more by Alice Galletly

Queen Street is considered Auckland’s main street, the axis on which the city spins. Read the story . . .

If you’re partial to a peninsula and you like your city settlements on the quirky side, the trio of suburbs near central Auckland’s inner harbour is well worth exploring.  Read the story . . .

Alice Galletly is a freelance travel, beer and food writer based in Auckland. Instead of saving for a house, she prefers to fritter away her money on trying new restaurants, spontaneous trips away and avocados. She's happiest when hunting for the best things to eat and drink in a new city, particularly if she's being paid to write about it, or when lying on the couch with her cat.

Show me more by Alice Galletly