After consultation with government agencies, the AA Research Foundation (AARF) decided that it would be useful to create an index of household transport costs from 2009 to 2018.

The aim is to provide a quarterly view of the effects of price changes on the travelling public. The information will be more comprehensive than data currently available. It is expected to show public responses to fuel cost changes, insurance cost changes, and changes to government fees and charges.

The indexes were developed with input from the AA to represent 6 different transport profiles.

Stats NZ has used data from the Household Economic Survey - expenditure (HES), Census (2013), and the Consumers Price Index (CPI) to work out the weights (proportion) and associated transport costs for each index.

A back series has been calculated, going back to the June 2008 quarter. Weights for the back series were derived from a mixture of HES and CPI data. 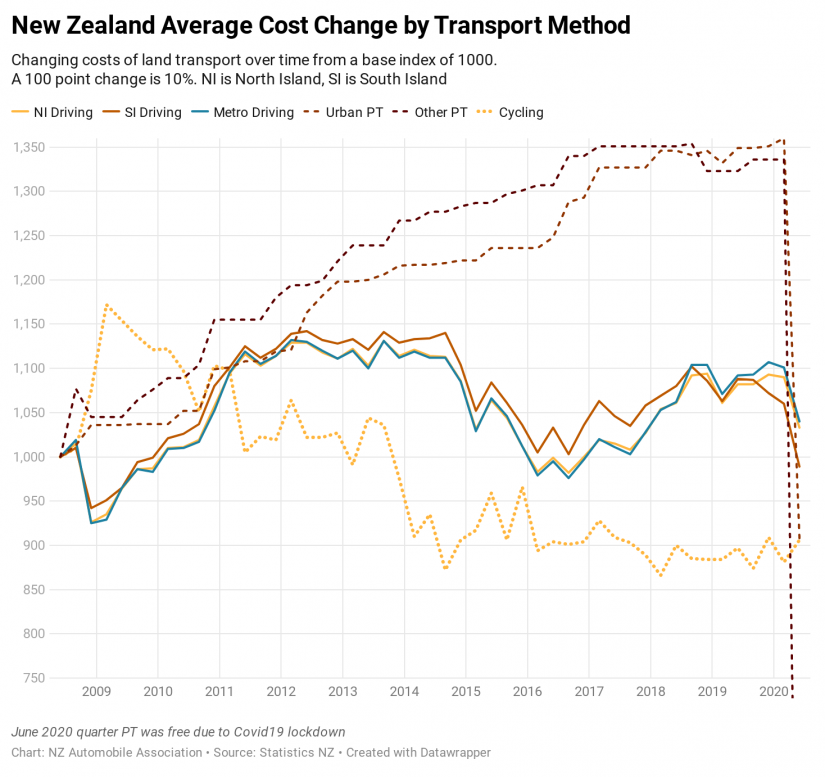