All this new technology is well and good, but what’s it like to live with — surely there are compromises?

We had a great opportunity to find out when we drove the Mitsubishi Outlander 2WD 2.4-litre LS petrol for a few days, followed by its plug-in hybrid stablemate, the PHEV, in VRX trim.

The 2.4 LS was what we expected, a well thought out family wagon, with the third row of seats getting a power socket and a set of cupholders each side, and useful for kiddy carpooling. It handles well for the breed, the motor gets along nicely, it wasn’t too thirsty – though we averaged more than the overall claim, hitting around 8.5l/100km, and it’s reasonable value, at $33,390.

As for the PHEV, as a VRX it has a higher spec, quite apart from its electric tech. It’s got more safety stuff, leather seats, a surround camera parking system and so forth. It tows a bit less than the petrol, and it seats five, but otherwise it’s also a well thought out family wagon.

There are a few changes to PHEV over its predecessor. It can now be fast charged, it’s had updates to the EV control, the electronic park brake is now the same as the rest of the range, fuel economy in petrol mode has improved – it’s claimed at an astonishing 1.7l/100km – EV range has increased slightly to 54km, and a Smartphone Link Display Audio is standard, as it is now on all versions of Outlander.

The interior’s also had a few tweaks, there have been some revisions to suspension, acceleration feel and so on. Specification changes for the VRX we tested include the addition of forward collision mitigation now with pedestrian detection, lane departure warning, auto high beam assist, blind spot warning system with lane change assist, and rear cross traffic alert. An LED fog light was also added, and the plentiful total list includes an electric tailgate you can operate via a dash button.

In addition, those who get home late, leave early, or otherwise want to avoid noxious noise or exhaust emissions can hit ‘EV Priority Mode’ to prevent the petrol engine from starting, and stick to electric power. Obviously if you floor the accelerator pedal, are driving over 120kph, are asking a lot of the power via ancillaries, or conditions otherwise won’t allow (for example if the air temperature is too low) the petrol motor may still fire, but it will try not to…

The point of a plug-in hybrid is it gives you the best of both worlds. Given the short distance of the average commute, you can drive on electricity only on most days, yet can still drive from Kaitaia to Invercargill at the drop of a hat, as when you’ve run out of EV range, the system seamlessly switches to hybrid petrol-electric mode, and you just top up at the pump as you would with any petrol or petrol hybrid.

We pushed the boundaries a bit as our tester lives well outside the urban boundary, and a simple trip to the supermarket and back will run the EV mode dry. Their route also traverses hills and open-road speed limits, both conditions that draw more battery change than downhills will regenerate. We also forgot to plug in overnight once to top up the battery, so ran one day of driving in pure hybrid mode, thus upping our average petrol consumption over the test period to 3.9l/100km of petrol, and 20.3kWh/100km.

Overall we did most of 250km of mainly hilly rural driving in pure EV mode. Some of the time we had the climate air switched off, and used the heated seats to warm up – which sucks less power – but not all the time, and we generally had the radio on, and occasionally the headlights.

When returning the car as our stint finished, it started with a full battery, drove 40km and showed 11km remaining – despite most of the distance being on open roads, where EVs and hybrids aren’t at their best.

The difference in cost between the 2WD tested and the PHEV VRX at $67,990 (on special as this text hit the net, and down to $55,990) is $34,000, – on fuel alone you’d need to keep the car for just over five years to make it up. The 2.4-litre VRX petrol 4WD – the PHEV’s exact conventional equivalent, bar the fact it has seven seats – costs $54,490. If you paid the extra for the PHEV, you’d have covered the plug-in premium in a whisker over two years, and unless you need three seat rows, or that extra towing capacity, you’d be away laughing.

Sure, fuel and power prices will vary, as will distances travelled and an individual’s ability to remember to plug in every night, but it’s pretty clear that most people who keep their cars for over 2.5 years will pay less to buy and fuel the car during their ownership if they buy the PHEV version, even when paying full price, and the usability compromises are tiny. Only the silent running alerted onlookers that this wasn’t a conventional petrol Mitsi, and passengers had no idea – ride, comfort and handling were all on a par.

Suddenly that premium to buy the plug-in doesn’t look so bad. 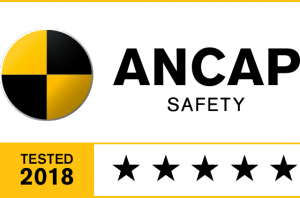 The design evolution has given the Outlander a powerful new stance with aesthetically pleasing new improvements inside...