The design evolution has given the Outlander a powerful new stance with aesthetically pleasing new improvements inside and out.

New Zealand’s 2021 top-selling passenger car has been joined by a new and improved plug-in hybrid electric cousin – the Next Generation Outlander PHEV. Our Motoring experts at the AA recently had the opportunity to sample one.

The Next Generation Outlander PHEV has greater EV and combined range with updated styling and features across the range, including seven seats in the XLS and VRX models. 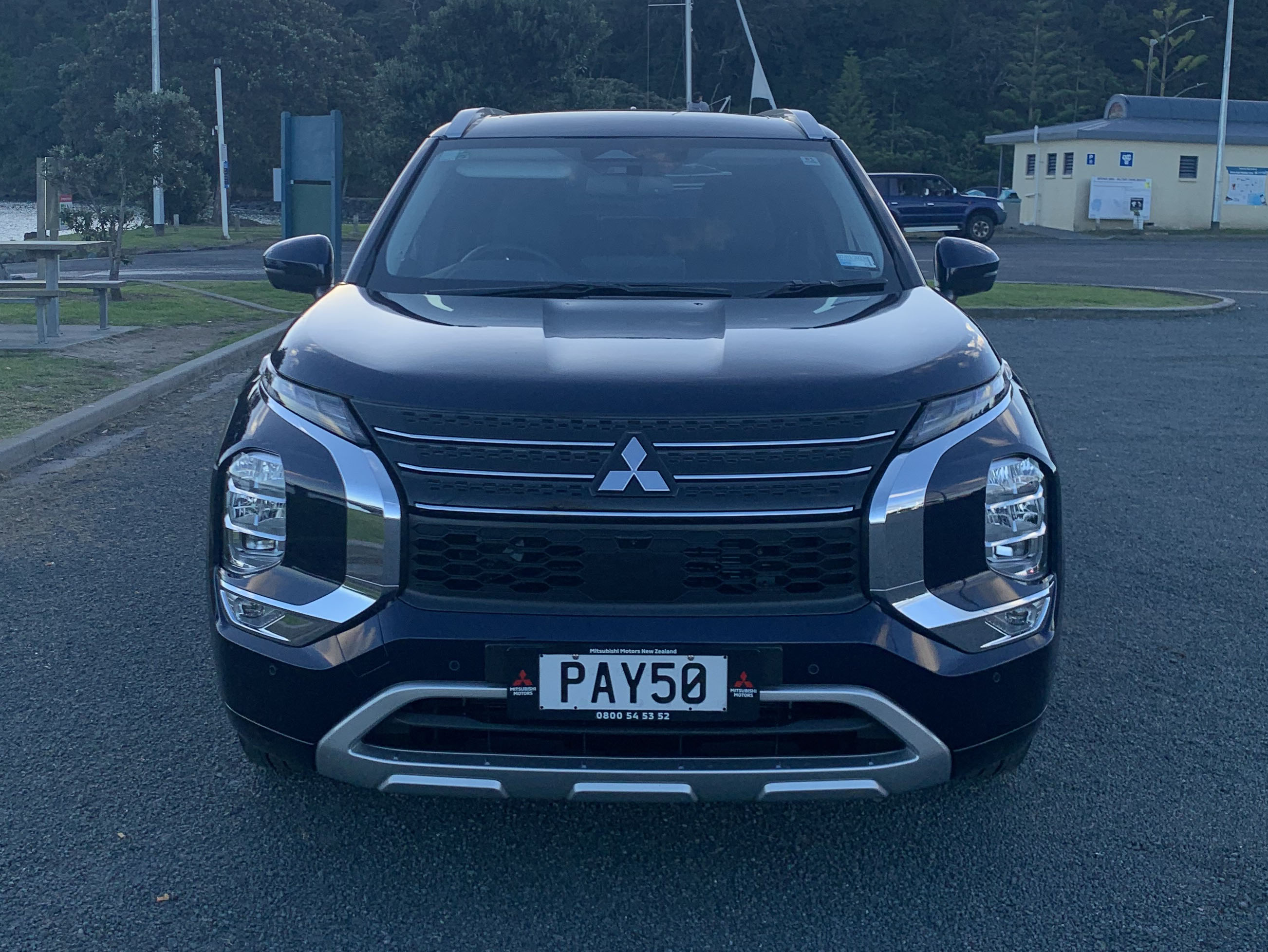 When driving the new Mitsubishi Outlander for the first time, you may notice how big it feels compared to other large SUVs. The bonnet height certainly gives the impression of a bigger vehicle and even the interior feels chunky and solid, including the steering wheel.

The overall feel of the Outlander is one of being well built and solid. If you have previously driven a plug-in hybrid (PHEV), you may have certain expectations of a modern PHEV SUV. Having sampled a few PHEVs over the years we found that the Outlander did not disappoint. We also thought the new Outlander TVC is a clever and refreshing way to promote the practicality of charging at home, which we experienced first-hand, and it really is effortless.

Upon seeing the new Outlander for the first time it is easy to say out loud “that looks a bit different”, with the high chunky-like bonnet and American truck styling, which seems to be the norm for SUVs and Utes nowadays. In all reality though the exterior is the same as the Outlander petrol version except for PHEV badging and charging flap.

The styling does grow on you though and soon you begin to appreciate the overall look of the car. In fact, you will be sure to notice the looks it will get from people when out and about.

We received one family comment “that’s a nice-looking car” when driving out of a busy car park, proving the styling is eye-catching and attention-grabbing - we think the colour helped too - our model came in the striking Atlantic Blue option.

It was every bit as smooth to drive, quiet and comfortable as we hoped it would be, especially around the busy streets and motorways of Auckland. The upgrades to the front and rear motors deliver a beefed-up 185kW maximum output (up from 130kW) with a hefty 450Nm of torque (up from 332Nm) for more powerful, efficient performance.

The Outlander PHEV powertrain is activated by a single button, now located in one EV mode button on the centre console to cycle between EV priority, Save, Charge and Normal modes.

The ‘Save’ mode enables the driver to intentionally keep the battery charge for later EV mode use, which was particularly useful at low-speed driving in the CBD. Shift paddles also offer improved regenerative braking up to a level five one-pedal mode, which maximises recharging on the move.

Out on the open road the improved power didn’t mean a compromise to road noise, in fact it was surprisingly smooth, and quiet - a real pleasure to drive. You hardly notice the engine cutting in under normal driving conditions and when you do it’s not at all obtrusive or noisy.

The Outlander utilises a next generation MMC PHEV system with significantly upgraded components. The system automatically switches between EV and hybrid modes (series, parallel) depending on the driving conditions and remaining battery power to enable smooth, comfortable driving.

When driving a large SUV PHEV for the first time you can be forgiven for constantly looking at the fuel gauge. During our drive the fuel gauge started on 620km and for two days it did not move despite travelling around 200km on a daily commute between Gulf Harbour to Auckland’s CBD.

To the untrained eye, being a PHEV, it is easy to question if you might be looking at the wrong gauge, but in this case - no. The gauge just did not use much petrol, as most of the time it was running in electric mode (In traffic), or the engine was simply charging the battery giving it enough juice to operate. It is true, adventure-loving families will be able to go further without fuel, thanks to the extended EV range of 84km (up from 55km) and the 45% increase in battery capacity.

The flexibility of having an engine on board has always been a key selling point for the PHEV, and a 24% fuel capacity increase extends the Next Generation Outlander PHEV’s total combined driving range by 50% over the previous model.

The Interior is nicely appointed (the model we sampled had leather seats and a sunroof) with a real feel of quality. The dash layout and infotainment centre are clear and easy to use, even for those a little technically challenged.

We couldn’t find too many faults with the interior of the Outlander and as the days went by driving it around Auckland, ferrying sports mad children from one rugby game to another, it is easy to become impressed with the comfortable interior and everything it had to offer. The picky passengers reported to like it just as much - especially the heated front seats and sunroof/glass roof. 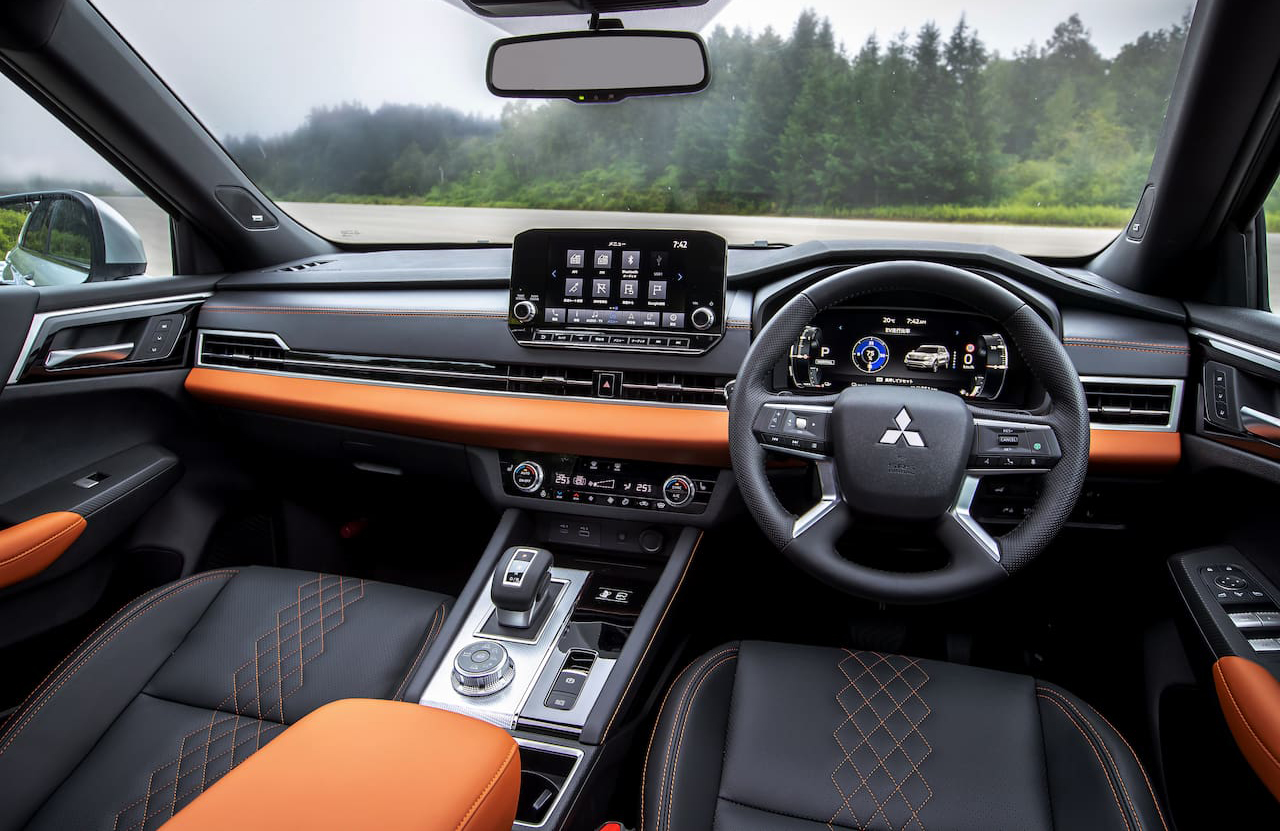 There was plenty of room in the backseats for all passengers, including teenagers who like to stretch out and use up all the available leg room while being taxied home.

The Outlander was first introduced in 2021, and the same 5-star ANCAP safety rating applies to all new petrol and PHEV variants. Standard safety features include a host of airbags: dual frontal, side chest-protecting, and side head-protecting (curtain) airbags. There is even a centre airbag, which provides added protection to front seat occupants in side impact crashes, as well as a driver knee airbag.

If new to the PHEV ownership club, on experiencing charging the car up at home for the first-time owners will discover two charging leads are provided (one is for home charging, while the other is for Fast Chargers). The charging cords are quite big and heavy and do take up a bit of room in the boot, but they are a small price to pay for such an efficient vehicle.

Because the Outlander PHEV can run on pure electric power, it is the perfect commuter with many finding they can travel to work and back using no petrol at all. For home charging most owners would prefer to plug into the mains to charge overnight, but we were pleasantly surprised to find it got to 30% on a four-hour charge. While it generally required more time charging, it did demonstrate that the Outlander can be charged from home, and still provide enough charge for the commute to the office the next day.

With the huge increase in the popularity of PHEV SUVs in New Zealand it is easy to see why. The Outlander is the second largest seller behind the Mitsubishi Eclipse cross, with 835 registrations so far this year. With increased electric range and added safety features as well as the clean car discount of $5,750, this is undoubtedly one of the best products in Mitsubishi’s range. A vehicle that represents real value for money with high specs, comfort and performance.

If it is an AWD seven-seater PHEV you are after, then there aren’t many competitors in this segment yet. Most are five-seaters, like the largest seller, the Mitsubishi Eclipse Cross. The closest would be the Kia Sorento AWD EX seven-seater from $65,990 + ORC, with a smaller engine size.

In the four days we had the opportunity to sample the $79,990 + ORC VRX flagship model, we all became quite attached and somewhat reluctant to give it back. Mitsubishi have done a great job with this new model, and it is definitely a step-up from the previous top-seller, without losing all those features which made it so popular.

The Outlander PHEV truly is an attractive and viable option for those who love exploring their own backyard and at the same time looking after it by limiting their carbon footprint. 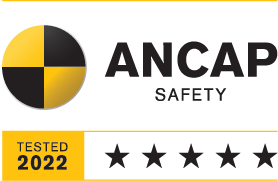