Peugeot’s latest generation 208 GT is a breath of fresh air. The original 208 started its life back in 2012 and was a very different looking small hatch. AA Motoring take a look at this new generation hatch and what has changed.

Peugeot’s latest generation 208 GT is a breath of fresh air. The original 208 started its life back in 2012 and was a very different looking small hatch with a very curvy appearance for its time. Although the styling has become much more refined over time, some winning aspects of the original remain the same, such as Peugeot’s pursuit of incredible fuel efficiency.

From every angle we struggled to find one we weren’t impressed with and in typical French fashion - style comes first. Even this premium supermini model, at least from outward appearances, is just as enticing as its nemesis the Audi A1 City Carver or even the cheeky Polo GTI.

The new 208 is longer, wider, and lower than the previous Peugeot 208, with sharper and more poignant bodylines, which suggests a sportiness. Peugeot say there is a touch of sensuality conferred by the wide shaped wings and overall body curves claiming a discreet balance between soft and firm.

After being behind the wheel of several Peugeots recently including the 2008 and the 3008; we can see its family resemblance. With its 3-claw and Saber design LED daytime running lights and its Claw design LED rear tail lights, these cues give this compact car a slight wild like appearance. 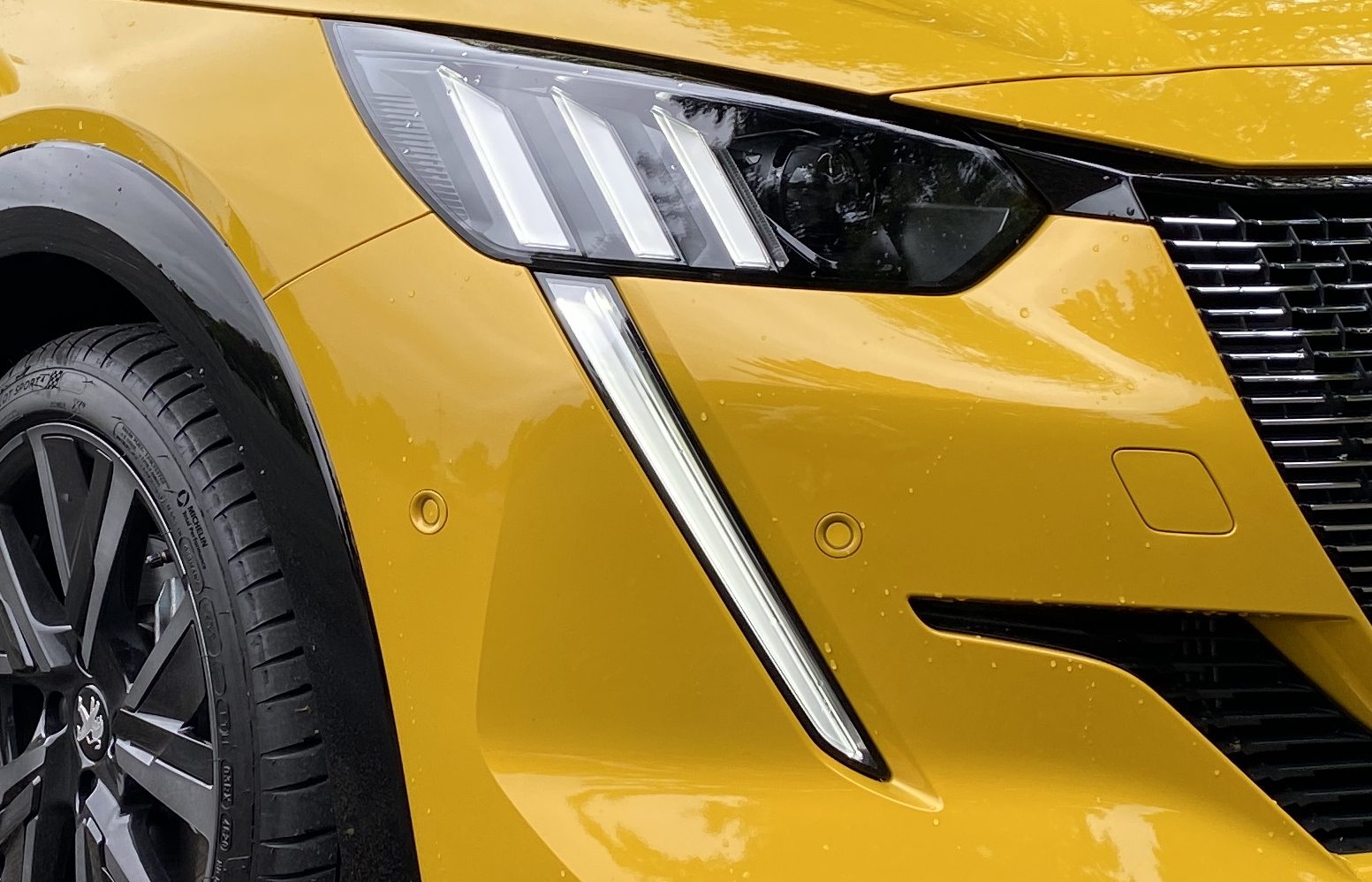 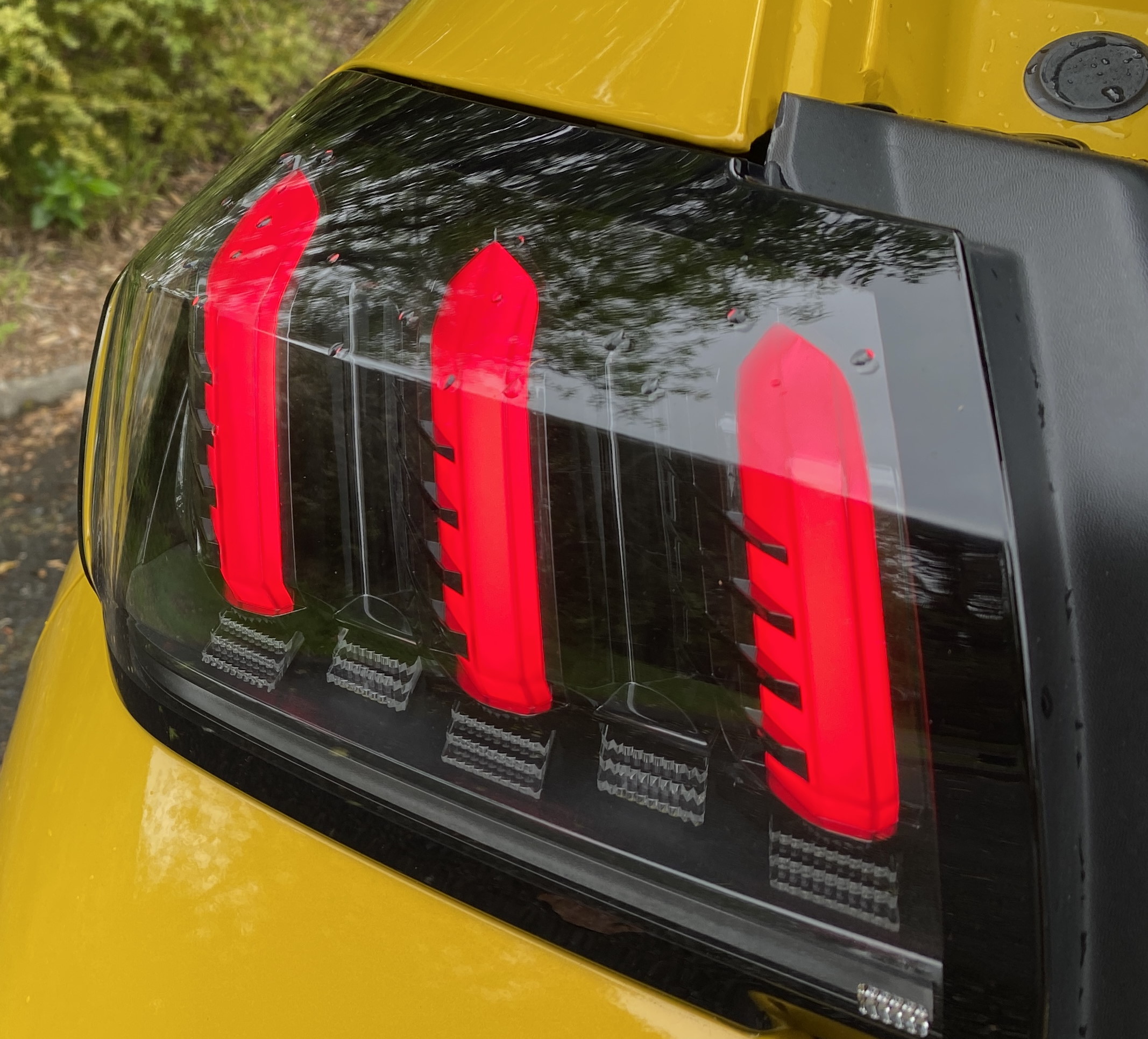 The GT model adds a sporty twist with its 17-inch BRONX dark grey diamond cut alloy wheels and its glossy black arch extensions that give it a broad stance, while the Twin chrome exhaust pipes enhance its athletic pose.

Our model was finished in a standout hue called Faro Yellow. There are two other bold colours available - Vertigo Blue and Elixir Red, in addition there are another four low key cool colour choices available, if you are after something more understated.

The seating feels more premium than the price tag would suggest, with the seats furnished in Alcantara, leatherette and cloth, bound with lime green and blue stitching, and the front seats are also heated. There are also eight ambient lighting colour options to choose from. These fine touches demonstrate that plenty of time and effort has gone into this modern cockpit.

The crown jewel is the Peugeot i Cockpit 3D instrument panel which displays information that can be read at two levels. On the upper digital pad, information is projected in hologram form. This data is dynamic, being displayed closer or further to the driver’s eye as a function of importance or urgency, thus increasing reactivity by around half a second. 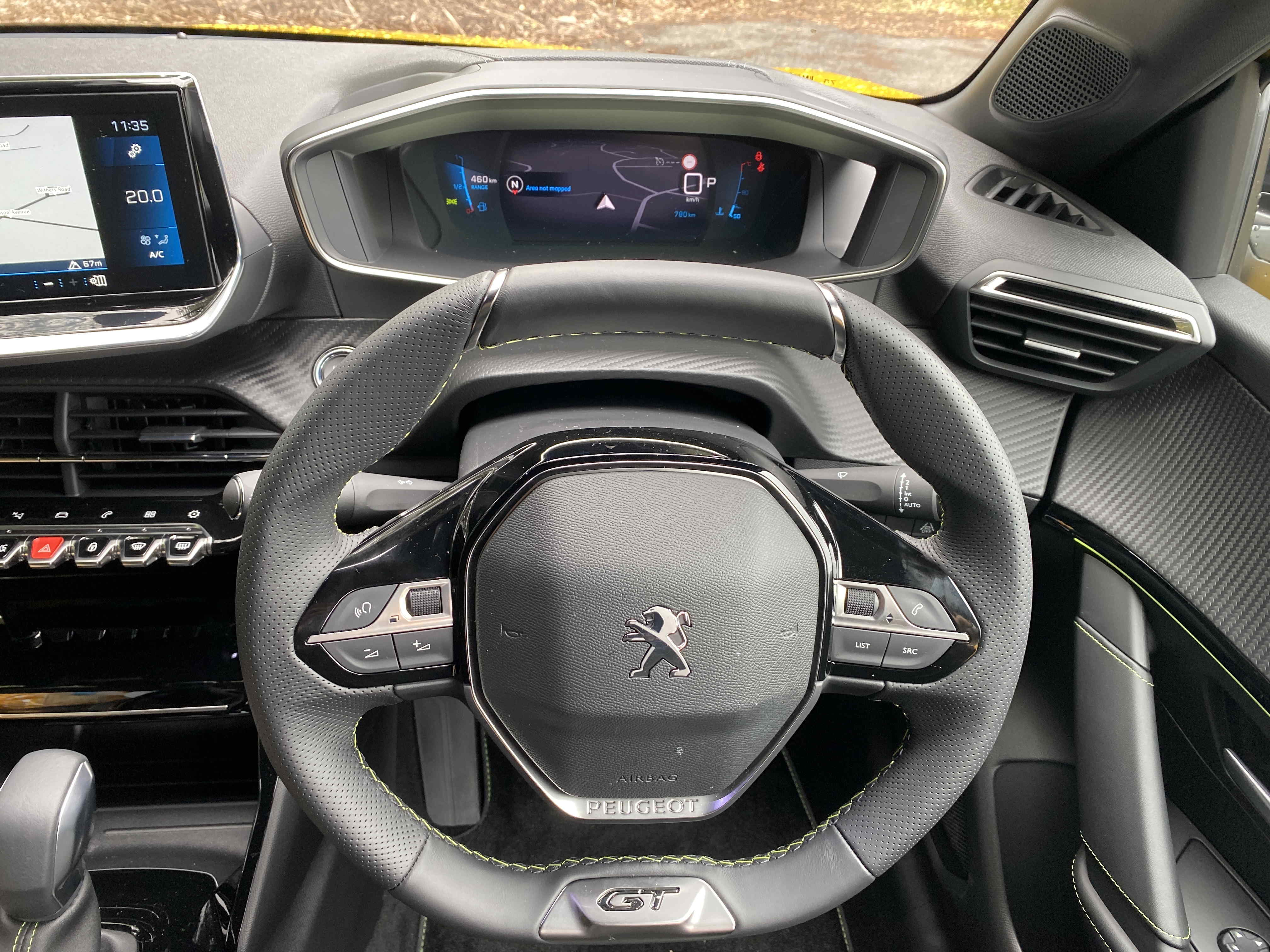 Like other members of its family, the 208 GT features the same compact oval steering wheel, which is slung relatively low down.; This feature means that unlike most cars you are not peering through the steering wheel to the cluster but instead just above it.

The cabin also features very practical touches such as two decently sized beverage holders in the centre console along with both USB and USB type C charging ports in the front, and in addition two handy standard USB ports in the rear for your passengers.

Another modern day essential thoughtfully included is a convenient storage cubby. This comes with integrated wireless charging for your compatible devices, this compartment also has two pen holders on the inside of the deployed flap, which is a great use of an otherwise wasted space.

The infotainment system is a large 10-inch HD touch screen unit with 3D navigation, it features six speakers and is compatible with both Android Auto and Apple CarPlay. The navigation can also be displayed directly in front of the driver thanks to the i Cockpit 3D instrument panel display.

There are rows of piano-like keys, which don’t just give easy access to key functions, but make the switch gear look modernistic. The gear selector is in easy reach and like the seats the leatherette is finished with lime green stitching. Being a GT, it would have been a nice touch to have a paddle shift, but I guess you can’t have everything.

It’s not the size that counts

It is an interesting drive with such a small yet energetic power plant. Initially we had some reservations when comparing the GT model with its nearest competitors - how would it stack up, and could it wear the GT badge proudly? - To our surprise it just works, and delivers all that you would expect from a GT.

The 6 speed EAT transmission is also a great match, there are three modes to choose from sport, normal and eco. Most of our driving was in normal mode and it was more that zippy enough even with four occupants, and there was never really a craving for more power. At motorway speeds the engine was very quiet for a three cylinder, it was a testament as to how far three-cylinder engines have come in recent years.

The Peugeot 208 GT is a comfortable and refined model that offers a stylish and economical package. There was very little missing from this car aside from perhaps the Adaptive Cruise Control which the e-208 receives, this would have been the icing on the cake, in fact we cannot wait to get our hands on the e-208 to compare it.

If you are in the market for a compact European hatch and have your heart set on something from the Germans, we recommend you reconsider and try out this little French number as it might surprise you. 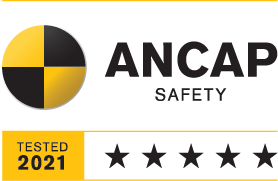 The latest generation Peugeot e-208 fits perfectly into the brand’s "Move to Electric" strategy, distinguished by its...

The all-new Peugeot e-2008 GT electric is a futuristic-looking small SUV that has gone a long way...

The all-new Peugeot 2008 is a futuristic-looking compact SUV that has come a considerably long way since...