New Zealand racing driver Jono Lester is accustomed to living life in the fast lane, competing internationally for podium wins behind the wheel of exotic machines including Ferrari, Porsche, Lamborghini and McLaren. He came home to Auckland from Japan amid the Covid-19 pandemic.

Tell us about the AA campaign you’re involved in.
We’ve created some social media content around the theme of being ‘road trip ready.’ It highlights the convenience of being an AA Member, having access to an AA Plus Membership and AA Roadservice, should the unexpected happen.

Any tips for motorists preparing for a road trip?
Check your tyre pressure and fluids such as petrol, oil and water. And become an AA Member if you’re not already, or consider gifting a Membership to friends or family.

You have strong ties with the AA. Your grandfather, Rob Lester, was President of the Association and involved in an AA-led young driver programme. Can you tell us more about that?
Pop was President in the 1990s and involved in the AA Driver Education Foundation in 2007, a world-first study conducted by the University of Waikato on how the frontal lobe of young people’s brains affects their driving skills. Being a racing driver, I was brought in to help with that study, working with a group of 17 year-olds over a two-week period in Taupo. The study was a success and is still referenced today.

When did you first sign up to the AA and have you ever needed to call on it?
It was the first thing I did after I got my learner licence, so Pop’s influence clearly rubbed off on me! I’ve had to call on the AA a few times; one year alone I had three punctures in the space of six months, all of which were at highly inconvenient times and in the middle of nowhere...

You are a third generation racing driver, following your grandfather, your father and an aunt into the driver’s seat at the age of 13. How influential was that family connection?
Without it, I probably wouldn’t even be a fan of motorsport, let alone a driver. For the first 12 years of my life it was just something cool my dad and grandad did, although I do have fond memories of the barbecues at Manfeild Circuit, which my grandparents set up near Palmerston North. Nana would treat everyone to her cheese scones and we had great camaraderie. My passion for driving came later. I didn’t compete in karting but went straight into cars at age 13. I drove a racing car, caught the bug and the rest, as they say, is history. 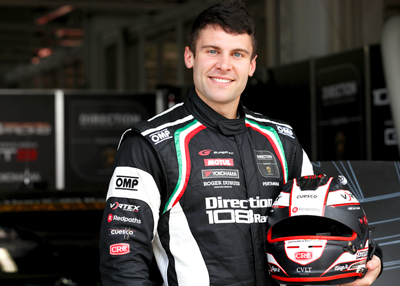 What’s been your career highlight to date?
Winning a Porsche scholarship was special. As was becoming the world’s youngest Porsche Cups race winner when I was 17 and landing my first professional contract in Japan in 2012.
I had Dad and Pop there for my first win later that season.

What do you drive as your everyday car?
A BMW 335i.

You recently became a mentor to up-and-coming racing stars. What advice would you give anyone wanting to pursue their dreams?
Nothing worth having comes easily.

How has Covid-19 affected your career?
It has pretty much ruined it. I had to give up a massive 2020 contract in Japan and 2021 isn’t looking much brighter. I’m enjoying racing here in New Zealand for fun, driving an Audi and a Mustang, but it’s more hobby racing than career progression. I just have to treat it for what it is and enjoy my passion without too much thought of where it might lead. It’s a strange, strange situation.

AA Roadservice is a call or click away when the unexpected happens on the road.