Road deaths involving alcohol or drugs reached historic lows a decade ago but have since increased. In the five years from 2016- 2020, there was an average of 78 road deaths each year where a driver or rider was above the legal alcohol limit. That works out at one in five road deaths involving a drunk driver. If you add deaths when a driver or rider tested positive for drugs, the number grows to two out of five.

“Every crash where someone loses their life is a tragedy, but the crashes where someone intoxicated smashes into others and takes innocent lives are particularly horrific.

“Recently the advocacy work of the AA has been focussed on how we can most effectively reduce the risks from drunk and drugged drivers on the road. Changes need to be made because what authorities are doing right now isn’t delivering the results we all want.” While deaths involving alcohol have been going up, the number of alcohol checkpoints on the roads has been going down.

In 2014 the Police did about three million roadside alcohol tests and there were 48 deaths where someone was driving over the limit. In recent years the number of tests has halved and annual deaths have ranged from 79 to 87.

While it’s acknowledged that Police have been under pressure to deliver on many fronts with Covid and other demands, the AA is one of many groups involved in road safety that wants the number of alcohol tests quickly brought back up. 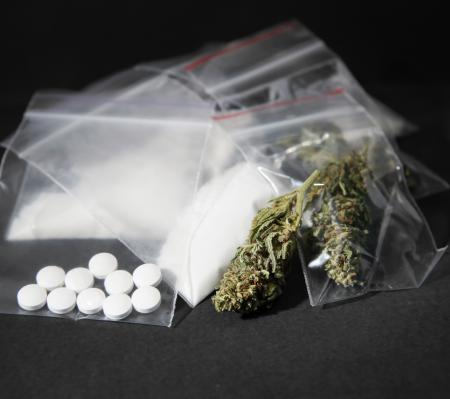 Dave Cliff, who used to be the head of road policing in New Zealand and is now Chief Executive of the Global Road Safety Partnership in Switzerland, has no doubt that the compulsory breath testing (CBT) programme is falling short.

“With the increasing number of alcohol involved fatalities, the programme must be the subject of an external independent review to understand where it is failing.”

Dave says for alcohol enforcement to be most effective, it needs to be highly visible, rigorously enforced, sustained, well publicised and also have an element of unpredictability for drivers.

“It is critical that Police have a laser focus on effectively delivering CBT programmes. Lives depend on it.

A recent independent review of the Government’s work delivering on its road safety targets highlighted that road policing officers can be diverted on to other duties 30% of the time.

The National Manager of Students Against Dangerous Driving, Donna Govorko, believes conflicting demands on Police and Covid restrictions on breath testing have limited the ability to enforce at the level needed to deter those willing to risk drinking and driving. She would like to see a wider review of changes that may have happened on the road or in court sentencing in recent years to understand what other factors could be influencing the increase in alcohol deaths.

“Police can’t be everywhere, so it requires a whole community response to stop drunk and drugged driving. People make choices to abide by the road rules or not. Our attitudes towards road safety and taking responsibility as a community to keep our friends and whānau safe is a choice we all need to make to reduce this worrying upward trend.”

Many people reading this will remember that New Zealand lowered the adult alcohol limit in 2014. The AA supported the change then, and still does, as the previous .08 alcohol level allowed quite impaired people to legally drive. But our position at the time was that it was unlikely to make much difference to safety unless it was paired with other changes. This has sadly proved to be the case, and more targeted measures for the highest risk drunk drivers are needed now more than ever.

Alcohol interlocks are one of the best ways to target high-risk drunk drivers. They are like an in-car breathalyser that won’t let a car start without a test showing no alcohol present. Figures recently obtained by the AA show how effectively they work.

In 2020 the few thousand alcohol interlocks in use in New Zealand prevented 37,061 attempts by someone with alcohol in their system to start a vehicle. That equates to every single interlock in a car preventing 10 attempts to drive.

“Those figures should convince anyone that doubts whether interlocks make the roads safer,” says Simon. “Traditionally we’ve just taken away drunk drivers’ licences and then relied on them obeying their driving ban, but interlocks put a physical barrier inside their car to stop them. There is one big problem with interlocks though – we aren’t using them enough.”

A law change in 2018 made interlocks a mandatory sentence for repeat drunk drivers or those caught at a very high alcohol level. Unfortunately, there are loopholes in the system that are preventing it from working as well as possible. In 2020 there were 3,488 drunk drivers sentenced to an interlock yet only 2,359 devices were installed, effectively meaning one in three of our highest risk offenders are not complying with their sentence.

“We literally know who these people are, but there is no follow up in the current system to make sure someone sentenced to an interlock follows through on getting a device. We have been calling on the Government to urgently close that loophole. That one change would make a real difference,” says Simon.

The other more challenging issue is that a decent proportion of drunk drivers have substance abuse problems that go well beyond their driving.

“If someone has a serious alcohol or drug problem and it doesn’t get addressed as part of their sentence, then it’s very likely they will end up impaired on the roads again at some point,” says Simon.

“Past AA research showed many of those caught driving drunk have done it before. At a minimum, all repeat offenders should be assessed for substance abuse problems as part of their court process, and rehab treatment made part of the sentence for those who need it.

“Many people these days don’t drink at all if they are going to be driving, which is a great change from our attitudes in the past. The next step in the war on impaired driving needs a coordinated four-pronged campaign from authorities, bringing roadside alcohol testing numbers back up, putting an interlock into the car of every high-risk offender, assessment and rehab treatment for those with addiction issues and introducing roadside drug testing as well.”

Reported by Dylan Thomsen for our Autumn 2022 issue