Special vehicle lanes are always marked and have signs restricting access to them. Most often you’ll be encountering high occupancy transit lanes such as T2/T3 lanes, bus lanes and cycle lanes, bus only lanes and light rail lanes.

You are allowed to drive in a special vehicle lane up to 50m before turning to reach a loading bay, driveway or intersection. Always check your blind spot to ensure you haven’t missed anyone already using the lane before moving across and give way to those entitled to use the lane. 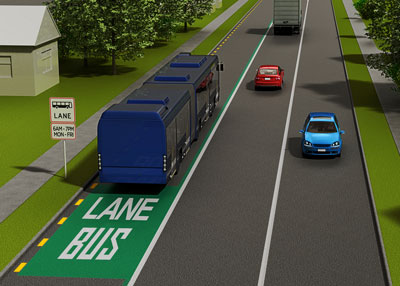 If you encounter a hazard such as a right turning vehicle with its right turn indicator operating and the vehicle is partially blocking the road, you may signal left and, if clear use a special vehicle lane to move around.

Special vehicle lanes often have hours marked on the sign that say when the lane is operational. Make sure you check the hours.
If it is outside the time limit, you can drive in the lane, or park your car there if the road allows for this. Emergency vehicles may stop in a special vehicle lane at any time if the lights are flashing in response to an emergency. 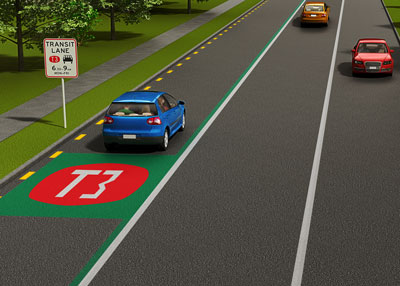 You’ll know access is restricted to the lane because the sign will have a red border and will say which vehicles are allowed in it.
For example, motorcycles and cycles can use some bus lanes. Some councils and transport bodies are now using CCTV footage to issue tickets to those using bus and cycle lanes when they are not permitted to. Be sure that you don’t exceed the 50m limit and don’t drive in a lane you are not permitted to be in. Look for where a solid white line bordering the lane becomes a broken white line. This is giving you a clue as to a safe place to enter or cross the lane. If you’re not turning or using a driveway, do not stop to let passengers out, stand or park in any special vehicle lanes. 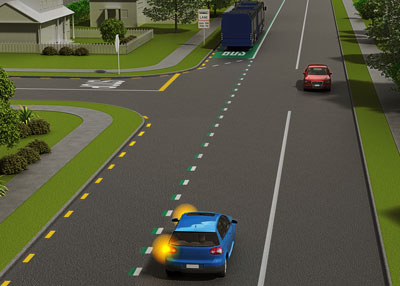 As a cyclist you’re allowed to cycle on the road, in cycle lanes and in bus lanes. However, be mindful that you’re not able to cycle in bus-only lanes.

How to be a better cyclist

Keen to get back on your bike? Find out what skills you need today as a...

We look at the history and increasingly high-tech future of crash test dummies.