Electronic road signs are commonly used to display a variable speed limit. But, a common misconception among motorists is that the number displayed is an advisory limit, when in fact, it’s mandatory. There are several types of mandatory variable speed limits at different areas drivers must adhere to.

Some high-risk intersections on busy rural roads have electronic variable speed signs alerting motorists on approach. Signs typically display a 70km/h or 60km/h speed when sensors detect a vehicle approaching the intersection, or turning right onto the main road. The lower speed is displayed to warn drivers on the main road to slow down, to reduce the risk of collision. 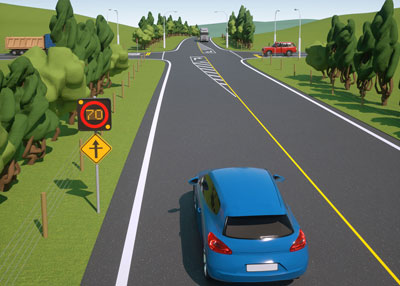 Approximately one child is killed walking or cycling to and from school a year, while 30 are seriously injured and more than 100 receive minor injuries. Lower speeds reduce the risk of injury to youngsters travelling to school and back, as well as crossing roads. Many schools have electronic signs that display a 40km/h speed limit when children are walking or cycling to and from school. On roads near the school, the 40km/h speed limit is sometimes displayed on static signs, indicating the times it applies. At rural schools where fewer children walk or cycle, the main risk is vehicles turning into or out of the grounds, and a 60km/h or 70km/h speed limit may be displayed.

The New Zealand Transport Agency is trialling electronic variable speed signs in the Kaimai Range, a narrow and hilly route in the North Island notorious for crashes. Poor weather conditions that reduce visibility determine the different speed limits and warn motorists to slow down.

Wellington became the first city in New Zealand to trial a ‘smart motorway’ which uses road sensors and radars to adjust the motorway speed limit, in an attempt to smooth traffic flow and reduce congestion. The overhead signs typically display 60km/h, 80km/h or 100km/h speeds according to the volume of traffic. Variable speed limits managing traffic flow is also implemented on Christchurch’s northern motorway and will be used along the new Waterview connection in Auckland.

The legal speed limit when passing a stationary school bus picking up or dropping off children is 20km/h. This applies to traffic passing in either direction, regardless of the usual speed limit. A child has a 75 percent chance of avoiding serious injury in a collision with a car travelling 20km/h. Sadly, one child is killed every year when crossing the road after getting in or out of a school bus, while two are seriously injured and four receive minor injuries. 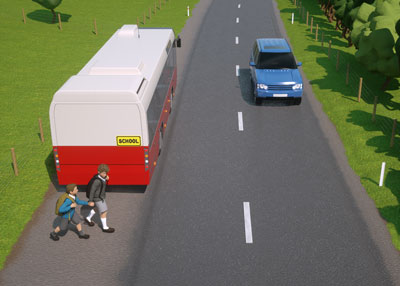 Reported by Mark Stockdale for our AA Directions Autumn 2021 issue

AA Directions is giving away a Torpedo7-branded children’s bike valued at up to $429.99 to celebrate...

Win! A year of ballet

The Royal New Zealand Ballet is gracing stages across Aotearoa with its mystical and magical performances...