Life after a licence.

Whether it's a short trip to restock bread and milk, or a longer journey to new destinations, the luxury of driving a car is something many take for granted. But thousands of New Zealanders get to a point where they have to hand over the keys and forgo their driver licence.

Alana Portsmouth was 30 years old when a car accident left her with a new perspective on life.

What began as an ordinary day for the tertiary student resulted in her revaluating her life plan and digging deep to find the strength to deal with a raft of challenges.

Alana was waiting at Auckland traffic lights in 2015 when the car she was driving was rear-ended by a high-speed vehicle.

“The car was going so fast it almost lifted mine up,” the now 34-year-old recalls of that fateful day.

Now she is unable able to drive due to epileptic seizures – a side effect of the car accident – and requires the aid of a service dog and mobility scooter to get around. Alana needs to be free of seizures for 12 months before she can reapply for her licence. Not having the ability to drive has seriously restricted her independence, she says. 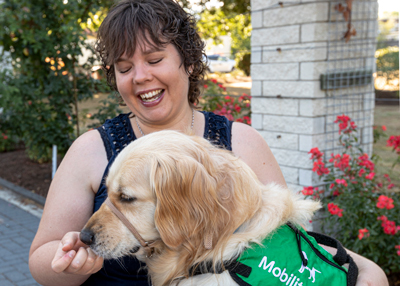 “I’m not able to spontaneously go out; everything I do has to be planned.”

This is a reality for thousands of New Zealanders, of various ages and stages who, for medical reason, have had to forgo their driver licence.

Senior Manager, Vehicle and Driver Licensing at the New Zealand Transport Agency, Sue Hardiman, says a 15-strong team reviews cases based on evidence from health professionals including general practitioners (GPs) and occupational therapists to decide on someone’s ability to drive.

“Strokes, seizures and loss of vision are just a few of the factors resulting in loss of licence. Each case will be different,” she says. “Our goal is to keep everyone safe on the road, although we certainly don’t underestimate the impact of a loss of licence.”

Sue says a GP is best to connect patients with support services specific to their needs. This could be in-home help or connecting them to local agencies to arrange transport.

It was tough for 87-year-old Herb Ritchie to give up a driving history that spanned more than 70 years.

Herb was diagnosed with macular degeneration, an eye condition that affects the central part of the retina responsible for the ability to see colours, read, recognise faces... and drive.

The Mosgiel resident has owned 19 different vehicles over his life and says his happiest memories are of being behind the wheel.

“Cruising along a highway, handling cars on gravel roads, beaches and forest tracks; driving was a great feeling and a fabulous hobby, it was my pleasure and passion,” he recalls. “Imagine my horror when, one day, the doctor says: ‘Mr Ritchie, you should not be driving’. My wife Barbara and I drove home in silence that afternoon. I was hurting inside.”

“I kept thinking: ‘how can I survive without driving? Am I confined to four walls, never to visit Lawrence again – a place we spent many lovely holidays – or to Palmerston to see my son? Will I ever see Central Otago and those majestic mountains again?’ I was shattered and indignant,” Herb says.

He now relies on a mobility scooter and the support of Barbara, who has become the couple’s driver.

For Alana, the support of friends and family helped alleviate stress during the transition.

“Family, friends and support workers still fill the gap and help me get around, especially for medical appointments and when I’m going further than to town, which is just ten minutes on public transport,” she says.

At one stage, when Alana was attending university in Tauranga and with no easy access to public transport, her father would drive her to campus and work in the car while she studied.

Alana later received support through the Ministry of Health for transport to university. “But it was done on an individual basis. Sometimes you fall through the cracks and you have to find a solution to get through; you have to really advocate for yourself,” she says.

Her service dog, Gus, aids her balance and detects when she is going to have an epileptic seizure.

Alana hasn’t suffered one for several weeks now, but in the past, whenever she has hoped she was clear of them and could get her licence back, she had another seizure. “So it starts all over again,” she says.

Alana would like to see more care and assistance given to those required to give up their driver licence. “Especially for those going from being really independent and working full time. Often the person is dealing with medical issues as well and sometimes it will cost someone both their career and their lifestyle.”

Both Alana and Herb have found silver linings in their situations; they say there’s pleasure in sitting back and enjoying the journey as a passenger.

“If I could impart any advice to someone in my position, I’d say to try to do as much as you used to do, and find ways around not being able to drive,” Alana says. “And look at the positive side – you get to enjoy the scenery.”

New Zealand Red Cross offers free transport to and from hospital and medical appointments. Call 0800 733 276 and ask about Community Transport in your area.

VICTA provides support, information and practical knowhow to people with failing eyesight and their friends and families. Call 0800 20 66 20.

Rally friends or neighbours to carpool, or use one of the public carpool schemes that operate around the country including Co Seats and Share Your Ride.