The vehicles of tomorrow

Cade Wilson talks to New Zealand motor industry folk about the future of our fleet.

Most of New Zealand’s 3.5 million cars run on petrol; in fact around 89% of the current light vehicle fleet is petrol-powered. Nine percent is powered by diesel and the rest – about 2% – run on alternative fuels, mostly electricity. The current count of EVs on our roads is more than 20,000.

And that number is, without doubt, growing. Motorists are increasingly open to the idea of owning EVs; infrastructure is in place across most of the country and the Government has proposed incentives to encourage EV ownership. But as we consider post-reliance on fossil fuel, what else is being developed? What are the alternatives?

We asked the local representatives of car manufacturers what they think the New Zealand fleet will look like in 15 to 20 years’ time.

Globally, significant pressure to reduce CO2 emissions is impacting the direction of the motoring industry. All the major car manufacturers are investing heavily in low or no-emission technology; European manufacturers face fines for not achieving pollution reduction targets, which is a pretty good incentive to find some effective solutions, says Tom Ruddenklau, former New Zealand General Manager of VW.

“There needs to be a change in the sales mix of vehicles to achieve emission targets,” he says. “There are probably four or five engine technologies available now or coming soon to achieve those targets and electric vehicles are a very important contributor.”

In the mix are more fuel efficient and therefore lower-emission petrol and diesel engines, systems that combine electricity with petrol engines such as self-charging and plug-in hybrids, fully electric EVs and, most recently, hydrogen fuel cell EV technology.

But while it is common to spot EV fast charge stations at New Zealand supermarkets and service stations, there doesn’t appear to be any infrastructure for hydrogen-fuelled vehicles.

Recent advertising by Hyundai implies New Zealanders can
opt to own a hydrogen-fuelled car called the NEXO, which emits water so clean goldfish can live in it.

But can we? What’s the story? General Manager of Hyundai NZ, Andy Sinclair, explains: “We bought it in to showcase the technology because we wanted to show what’s next. It’s like the chicken and the egg; we have brought in the egg and now someone needs to build the chicken (infrastructure). The only thing stopping us selling that car is infrastructure. We will have our own refueller up and running soon, Ports of Auckland will have one next year and there is talk of Taranaki having one soon, too, so we’re going to get there. Hyundai is confident that whatever technology takes off, hydrogen will be there,” he says.

Not everyone is convinced that hydrogen will be prominent in future car parks, reckoning instead that because EVs are being developed in various forms – fully electric, plug-in and self-generating – and all rely on battery electric powertrains, it makes more sense to put innovation resources into technology that benefits these options.

More players can take advantage of any new technology that evolves.
There are multiple challenges, of course, including cost. The current price premium is directly attributable to battery production costs. As battery technology evolves and production increases, battery costs will decrease.

Hyundai’s Andy Sinclair confirms that with demand and mass production, prices will come down. “At the moment we’re at that point of technology increasing all the time and there’s a related cost. When we brought in the IONIC with a range of over 200km, people wanted 400km; basically double the size, double the price. Yes, we can keep making them go further and further and further, they’ll just cost more. The key, I think, is to find the point that people are happy with from range versus price.”

It costs more to develop vehicles with two motors, as  VW's Tom Ruddenklau explains: “What you’ve got to realise is that with a vehicle with a petrol or diesel engine and an electric motor it’s actually twice the build cost. You’ve got two sets of running gear. Once you get above a price point you’ve got enough margin to be able to make it work for the luxury end, but it’s very hard to make it work at a mainstream end.”

“What’s got to happen for companies to meet their emissions reduction targets is for 20% of the sales mix to be EVs. So they’ve got to make them cheaper.”

Managing Director of Nissan NZ, John Manley, says recent research estimates around the year 2024 to be the cross-over point where internal combustion engine (ICE) and EV production costs will equalise.

To a degree, the rate at which New Zealand shifts to alternative technology is consumer driven. “Distributors are not going to bring in stuff that consumers don’t want to buy. From what we’ve seen Kiwis are pretty keen to shift to alternative powertrain models,” says Hyundai’s Andy Sinclair.

But there is the issue of New Zealand being a small fish in the big motoring industry pond. Countries with legislated emission targets receive supply first. Tom Ruddenklau gives an example of how that has an impact: “Volkswagen is releasing a new dedicated battery electric platform called the I.D range. Their first year’s production is limited to 30,000 cars. They go on sale in April 2020 and they’ve already sold 23,000 of them. And they have to sell those in Europe to have a percentage of their sales mix at zero in terms of CO2 so they can meet their target.”

Because EVs are not yet making money for car companies, they rely on sales of petrol and diesel vehicles to keep their businesses viable.

They look around the world and see a country like New Zealand that doesn’t have a CO2 target to consider and which is clearly fond of its utes and SUVs – and that’s what is delivered to the sales yards. If Kiwi consumers are not likely to pay big money for new EVs, manufacturers are not going to put that product here, not when demand is exceeding supply elsewhere in the world.

He believes ICE vehicles are going to be around for quite some time yet, and that low emission solutions will apply to all vehicle models.

Diesel engines will be the first to go, John reckons, given the current status of legislation banning them from major European cities.

“People are still going to want their big utes with big wheels to make them feel good. That’s going to be a factor, because EVs are rational but vehicle purchases are emotive for most people.”

“So I think in 15 years there will certainly be petrol; there will still be diesel. I’d be surprised if Hydrogen is here in full force but it will still be circling around. I don’t see a massive uptake of EVs purely because of supply and because of those economic reasons. In 15 years, EVs might be 10 to 15% of the new car sales mix.”

In reference to a global council tasked with addressing lowering of emissions, Toyota New Zealand Chief Executive Alistair Davis says that to achieve the target set, the equivalent of 160 million low emission vehicles – 80 million zero emission and 80 million plug-in hybrids – will need to be on the world’s roads by 2030.

How New Zealand plays its part to reach this ambitious target remains to be seen. 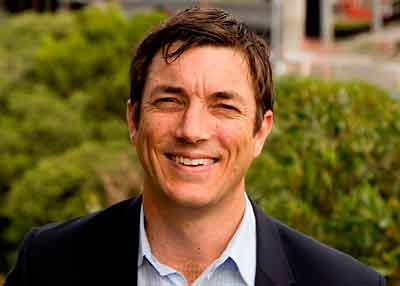 It came bubbling to the surface in 2015, when Volkswagen admitted that it had equipped millions of diesel cars worldwide to cheat emissions tests. Engine control software in VW cars was able to detect when they were being tested and temporarily alter how the engines worked so they looked much cleaner than they actually were. When they weren't being tested, they emitted around 40 times the harmful substances.

Ultimately, ‘dieselgate’ cost the company tens of billions of dollars in recalls, fines and legal settlements.

But VW wasn’t alone. The scandal exposed systematic, industry-wide foul play, with nearly every major automaker – from Daimler, Ford and General Motors to Mazda and Nissan – caught up in falsifying fuel economy figures or cheating on emissions testing.

Some manufacturers exploited loopholes in the design of emissions tests, such as stripping off car parts prior to tests to reduce weight and therefore reduce emissions. Others developed or deployed technology that works far better in a test than on the road, like stop-start technology, which in some cases would see cars remain stationary, with minimal emissions, for nearly quarter of the test.

Cheating gave some a way to appear to comply with emissions reductions targets without compromising on power and performance. Often, carmakers cheated because it was cheaper to do so than to genuinely meet standards.

The result has been a massive gap between the emissions results that carmakers achieve in tests and the actual emissions when measured in the real world.

So how do you know if what the manufacturer says is true? One answer is crowd-sourced data.

Holding the manufacturers to account is a growing global army of motorists using smartphone apps and websites to record their mileage each time they fill up with fuel.

By tapping this pool of public-supplied data, these watchdog apps can estimate how much fuel different makes and models of vehicles are actually consuming – and how much CO2 they are emitting – in the real world.

In a recent study, the AA Research Foundation called for similar apps and websites to be looked at in New Zealand as a way to fill the information gap around fuel efficiency. Given variations between countries – the type of driving people do and the amount of fuel they consume in highly populated countries like Japan is very different to New Zealand – locally sourced data is important.

Ultimately, what we need is for the vehicle industry to come clean, and for consumers to have confidence that they aren’t paying for one thing and getting another when it comes to fuel emissions. Because this is something we all need to care about.

What does it mean?

PHEV
Plug-in Hybrid Electric Vehicle, powered by a combination of electric motor and ICE engine, with a small EV range (up to 50km) and charged by plugging into a power supply.

Mild Hybrid
ICE-powered vehicle equipped with an electric motor/generator allowing the engine to be turned off whenever the car is coasting, braking, or stopped – and restarted quickly.

Reported by Cade Wilson for our AA Directions Summer 2019 issue