The drive towards cleaner cars is no longer the debate. Globally, our most recognisable car manufacturers are doing great things in the electric vehicle (EV) ecosystem.

Renault, for example, aims to achieve carbon neutrality in Europe by 2040 and worldwide by 2050, while Volkswagen Group’s e-offensive centres on the launch of almost 70 e-models by 2025, with plans to sell more than three million electric vehicles annually.

With the largest per capita fleet of EVs globally, Norway is in the lead, boasting around 17,000 publicly available charging units. Approximately 54% of new passenger cars sold there in 2020 were fully electric EVs, not including plug-in hybrids. The political goal is for the entire Norwegian car fleet to be zero-emission (electric or hydrogen) by 2025.

At the end of 2020, New Zealand’s electric fleet sat at three percent; 12 months later it increased to eight percent. However, the data reveals only some of the story. In December 2021, new EV sales accounted for 17% of all new car sales, with the Tesla Model 3 the best selling fully electric EV, with 619 units sold.

New Zealand may be a long way off Norway’s numbers, but the appetite for EVs, and the EV culture is rapidly changing. Perhaps not surprisingly, China will play a significant role in getting those numbers up.

“China will undoubtedly write the next chapter,” explains Anthony MacLean, Principal at Boost Auto, an independent advisory service to the automotive industry. “There are several reasons why I believe your next car will be an electric vehicle from a Chinese brand you’ve not yet heard of.

“China is the automotive leader globally, making 20 million vehicles a year, compared to Japan, for example, which manufacturers around seven million.But what do you do if you want to be the strongest tomorrow? You invest in electric.”

Anthony points to the likes of Great Wall Motors (owners of HAVAL and ORA), BYD (which started out as a battery maker in the 1990s) and NIO as the newer manufacturers producing competitive and affordable EVs which, if they aren’t there already, will soon be appearing in your supermarket car park.

“When you look at these products close up, your expectations soar. MG is now Chinese-owned and making excellent electric vehicles such as the ZS, which is extremely popular in New Zealand.

“The BYD Dolphin and the ORA Cat are well built, perform well and have cool interiors. Naturally these EVs need to be good to sway the Kiwi buyer – but they don’t need to be best-in-class.”

These affordable electric crossover SUVs, hatchbacks and subcompacts provide options for all demographics, and while confident car purchasing comes with a fair slice of loyalty and familiarity, these names will soon be as familiar asour most popular Japanese imports and the likes of Volvo, MG, LDV, Lotus and Pirelli, which are are all Chinese-owned.

“A Chinese brand, made in China, selling EVs to Kiwis is perhaps going to have a tougher job than other brands, but New Zealand drivers are pretty accepting and will embrace new concepts if they are good.”

Polestar and its parent company Geely are increasing the competition and forecourt choice, too. The latter has research centres and design bureaus in Sweden, England and Germany as well as at its Hangzhou base, blending mechanical profusion with European know-how and expertise.

HAVAL is also on a drive to increase brand recognition, having launched the world's first SUV with a C-Class hydrogen fuel cell and applying that technology to 49-tonne trucks and high-end passenger cars, revealed at the Olympic Winter Games.

Anthony says that the stars are perfectly aligned for China’s EV giants to win – and the increased competition will benefit the Kiwi driver. “For people who don't want starting point is currently around $50,000 and those cars are in short supply.

“So, right now, electric vehicles are seen as rich people's cars, but that’s going to change very quickly. Suddenly with the Government’s existing Clean Car Discount you’ve got a chance to purchase an EV for under $30,000. That’s a game changer.”

Fuel price spikes, driver subsidies and the 2019 Clean Car Standard (encouraging importers to bring cleaner cars to New Zealand by forcing them to balance imports of high-emission vehicles with low-emission vehicles) is widening the gap between petrol and electric.

For many manufacturers, the EV ideal isn’t enough. Going greener still, NIO has dramatically accelerated its innovative battery-swapping technology for electric vehicles by introducing a new Battery-as-a-Service (BaaS) subscription model in many parts of the world (NIO has done more than four million battery swaps in China alone), with more manufacturers set to follow suit.

The ability to decouple a car from the battery will bring buying costs down even further, and combined with decreased running costs, the EV market is looking shiny, sophisticated – and affordable.

The golden question, of course, is: ‘great, I can now afford an EV, but what’s the point of having one if I’m going to run out of charge in Invercargill?’

On the road, the charging station infrastructure is looking good. New Zealand has more than Australia, relative to population size, with around 500 public charging sites across the North and South Islands.

ChargeNet leads the way in terms of privately-owned sites, with a network of more than 250 strategically positioned rapid charging stations around the country. BP unveiled its first charging station in Pakuranga, Auckland, in 2016 and it has plans to markedly increase the number of EV charging stations in its forecourts over the next few months.

“It normalises charging and, just as importantly, the culture,” says Anthony. “If you've got a petrol station nearby that's got good pies, good coffee and you can charge your vehicle in just a few minutes, we’re on our way.’

Reported by Ben Whittacker-Cook for our Autumn 2022 issue

Ironclad cookware: made for life

How to charge your EV at home 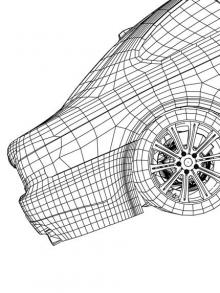 What is the NZ Government doing to encourage the use of EV's?