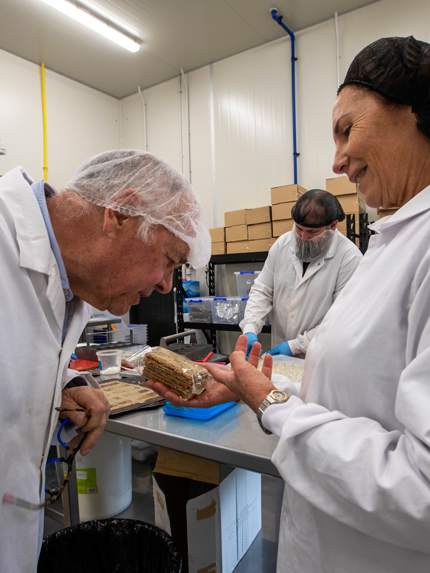 Peanut butter guru, Pic Picot, could only ever have dreamt of access to facilities now available to food start-up businesses thanks to his vision: The Food Factory.

When Pic Picot started making peanut butter in his garage using a concrete mixer, he could only ever have dreamt of access to facilities now available to food start-up businesses in the top of the South Island.

Thanks to his vision and determination, mixed with a sprinkling of serendipity and a chunk of funding from the Provincial Growth Fund, a new space has been created near Nelson to allow creativity to flow, and other budding entrepreneurs to test their rigour.

The Food Factory – a brand new  premises just a stone’s throw from Pic’s own Peanut Butter World in Stoke near Nelson, provides community-based commercial kitchen space on a short-term lease for those wishing to expand their foodie ideas – whether they’re start-ups or established companies needing space for temporary expansion.

“This region has bountiful natural resources and creative entrepreneurs,” says Pic, who established his peanut butter brand 13 years ago and has grown it into a multi-national household favourite.

“Here, people can just come and get stuck in, making things. We don’t want anyone to turn the facility into their home – that’s not the idea.

We’d like them to get their ideas out there and test the market, then get on with finding a proper factory. We’re just giving them the confidence to get that far. If we achieve what we’re intending, businesses will need to expand beyond what we can offer anyway.”

The facility operates as a charitable trust, with initial set-up costs to fit out the kitchen areas covered with assistance from the Provincial Growth Fund.

The idea came about as a result of Pic’s early days in business, when in the early ‘80s he set up a small furniture-making firm within a large warehouse workshop, where many small enterprises shared ideas and supported each other. “It was so valuable; we’d share gear, knowledge and employees, and all had lunch and beers on Friday night together. That’s the kind of collaborative and collegial environment we’re trying to create here.”

The four commercial food-grade kitchens are equipped with basics such as stoves, ovens, tables, sinks and extraction. Beyond that, other key ingredients include common equipment – mixers, pans and trolleys – a smoko area and warehouse space with a forklift, chiller and storage.

Tenants benefit from the assistance of an onsite business manager, as well as the wisdom of frequent visitor Pic, and the Board of Trustees, who can help forge links with wider mentor support.

Innovative foodies have a potential outlet in the already successful shop and café that operates from Pic’s grand new factory, which also has a programme of popular tours. “I’m excited about the prospect of bringing the tours through here too,” Pic says. “That’s why we’ve designed the kitchens with glass, and a walkway between them. From my experience with the peanut butter, people who see your product starting out feel really engaged. It would also give venture capitalists a chance to come through and see what’s new. Food’s very sexy at the moment for investment – it’s bombproof, a very safe industry to be in.”

The building was completed just prior to the national Covid-19 lockdown, and when the doors opened to tenants afterwards, businesses were already queuing up.

“It was exactly what we needed in the interim until we could make our own facility,” she says. “It’s a great collaborative space, the facilities are beautiful, and having local businesses to work alongside is wonderful.”

“We wouldn’t have been able to meet sales demand if this place hadn’t been here,” Managing Director Rob Simcic says. “It’s filled a gap that enables us to keep growing and employ more staff. The collaboration that comes from sharing space with other cool food and beverage businesses is a big benefit, too.”

A specially designed show kitchen is the icing on the cake and available for all tenants and others wanting to showcase products.

“It means we can also operate as an educational facility, for food-related training programmes,” Pic adds. “I envisage it as Te Tumu Kai – a food mooring post – where people are welcome in their different waka to tie up for a while; as somewhere that can become a central place for food production and ideas.”

There’s already a well-worn path between the two factories, with Pic and his guide dog Fido visiting often to check on how things are going, and Pic a willing sampler of the fare being created.

“I’m excited at the idea of being around people who’re really digging what they’re into,” Pic says. “They’re innovators who’re passionate about coming up with new stuff and this way they can get it out there to see if people like it. It’s all very cool.”

Reported by Fiona Terry for our AA DIrections Spring 2020 issue 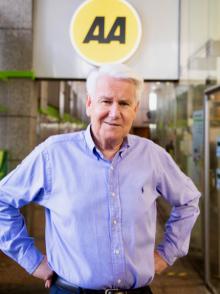