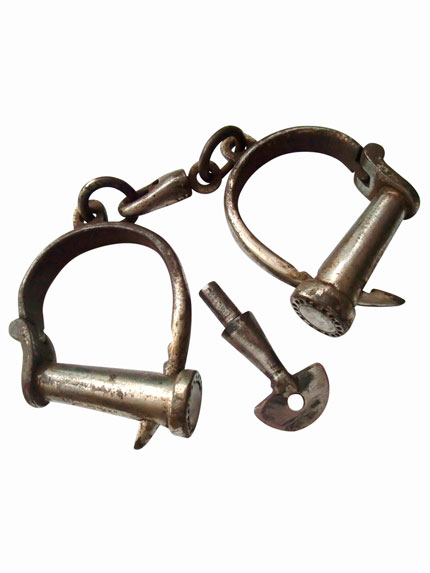 More than 150 years of housing dangerous and violent criminals has infused this place with dark history.

Napier Prison is New Zealand’s oldest penitentiary. Set on suburban Bluff Hill, the prison would once have had grandstand views over the Napier coastline, but more than 150 years of housing dangerous, violent and mentally disturbed criminals has infused the site with dark history.

Behind an imposing stone wall, the scruffy buildings are eerily deserted on a grey weekday afternoon. I take a handset and a map to begin my solo audio tour of the compound. Originally built in 1862 as an army barracks, Napier Prison was operational until 1989, then used as a remand facility until it closed in 1993. Later, the buildings housed an alcohol treatment centre, but costs became prohibitive and it fell into disrepair.

In 2002, new owners transformed the prison, first into backpacker accommodation and then the tourist attraction it is today. Cracked asphalt in the yard bears the faint remnants of a painted basketball court. Angry gang insignia and graffiti covers what’s left of bunk beds inside the tiny dark cells. Loops of rusting razor wire still spiral along the top of the perimeter walls. Unsurprisingly, Napier Prison is said to be haunted by several ghosts.

It has attracted many paranormal experts and hopeful TV crews over the years. When I ask, the onsite staff casually confirm that yes, supernatural, spooky and unexplained occurrences are pretty common. It also has a resident ‘ghost cat.' Basil, an elderly tortoiseshell who lives on site, apparently resembles a partially moustachioed former prisoner. She’s pretty friendly though, winding in between my ankles.

In a site riddled with sad and sometimes chilling stories, there is one particularly unsettling spot in the concrete yard: the prison graveyard. Set incongruously behind a white picket fence, with just one headstone in a full plot, prisoners were buried vertically in the belief that their souls did not deserve to rest.

If daylight apparitions and burial sites are not enough to creep you out, the prison also offers a night time R16 DeadHill Interactive Scare Tour. Held once a month, visitors are guaranteed to bump into some present-day ‘inmates’ as they explore the narrow corridors. Alongside the sombre tour through New Zealand’s punitive social history, Napier Prison also offers a lighter side, with an escape room challenge. Visitors can choose between three themed rooms – Earning your Stripes, The Prisoner’s Dilemma, or the new Therapy Room – where they must puzzle their way out of incarceration.

Reported by Jo Percival for our AA Directions Spring 2020 issue

A road trip with a difference