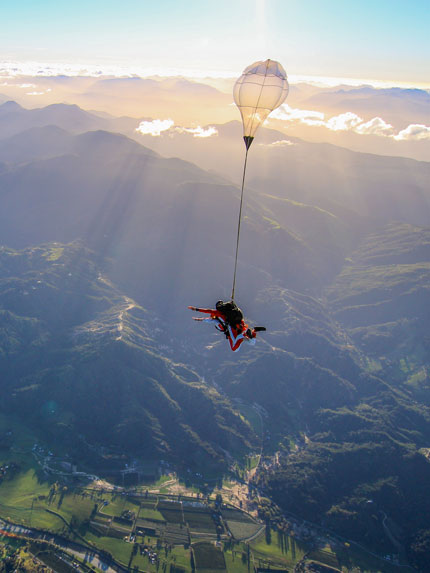 Abel Tasman is described as New Zealand’s most scenic skydive.

There’s debate among New Zealanders around which island is better – the golden beaches of the north, or the south’s snow-capped mountain peaks. We reckon both are equally beautiful and well worth exploring, but if you’re tossing up which to visit, Skydive Abel Tasman reveals bird’s-eye views of both.

Described as New Zealand’s most scenic skydive, the central Motueka dropzone is the only one in the country where skydivers are treated to mesmerising views of both the North and South Islands.

Feel the freedom and the wind through your hair as you spy the North Island’s Mount Taranaki and three national parks - Kahurangi, Nelson Lakes and Abel Tasman in the South Island.

You’ll also be treated to vistas of turquoise seas, sandy beaches, orchards and vineyards as you glide toward solid ground.