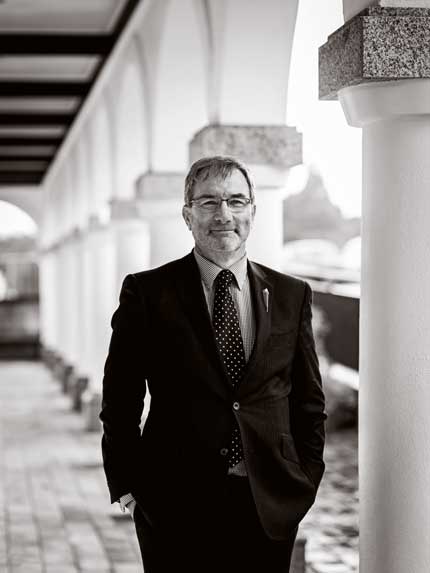 Meat and three veg for dinner in a house on a quarter acre section.

Not so long ago, this described quintessential New Zealand – but this country is entering an era of change.

Professor Paul Spoonley of Auckland’s Massey University has researched the future of our country and predicts that by 2020 we will clearly see a new New Zealand beginning to emerge.

“It will be much more culturally diverse. For example, the food will be different and better! And we will also have a stronger connection with Asian economies,” Dr Spoonley says.

He’s describing how migration is set to change the face of the country. Between 2006 and 2013 our population grew by 35,000 from migration, which is considered modest. Between 2013 and 2018, growth was by 270,000 and that level of growth will drop a little but is expected to continue.

With migrants coming predominantly from India and China, the Asian communities will be among the fastest growing, and in Auckland, will comprise 37% of the population over the next two decades. These communities will outnumber Māori.

Our jobs will be different, too. In fact, it’s thought that 40% of today’s occupations won’t exist in ten years’ time, thanks mostly to disruptive technologies like artificial intelligence (AI) and autonomous vehicles.

“AI in new technology will change things greatly and be a major driver of disruption,” Dr Spoonley says. “Many routine jobs will be done by machines at a low cost. It will make a lot of jobs precarious. Why would you need people in supermarkets in ten years’ time?”

Occupations such as truck driving might be affected if New Zealand follows countries like Germany where autonomous trucks are already delivering goods. But rest assured, robots won’t replace the need and desire for human contact and relationships.

“You can’t replace empathy. We will still need interactions and services from others to make us feel happy,” Dr Spoonley says.

What will our landscape look like? The continual growth of Auckland is predicted. It’s expected that within the next two decades, 40% of all New Zealanders will live in the City of Sails, with spill-over into Hamilton and Tauranga. But many regions will experience population stagnation. Focus now is on how to manage these contrasting environments with talk around incentivising migrants to live in less populated regions.

What about our families? The fertility rate of New Zealanders is declining. Modern couples are taking an approach Dr Spoonley describes as ‘one and done, or none.’ New Zealand is already experiencing sub-replacement fertility, which means that there won’t be enough births in a given year to replace the current population.

And the nation is aging significantly. In 2013, there were 600,000 New Zealanders aged 65 years and over; soon, there will be 1.1 million in that age bracket. Dr Spoonley has faith in New Zealand’s younger generation, with the children of migrants doing extremely well educationally.

“We have some courageous, creative and exciting leadership around the country,” he says. “The skills and willingness to engage is impressive.”

The iridescent white sand coastline of Te Arai is a treasure.