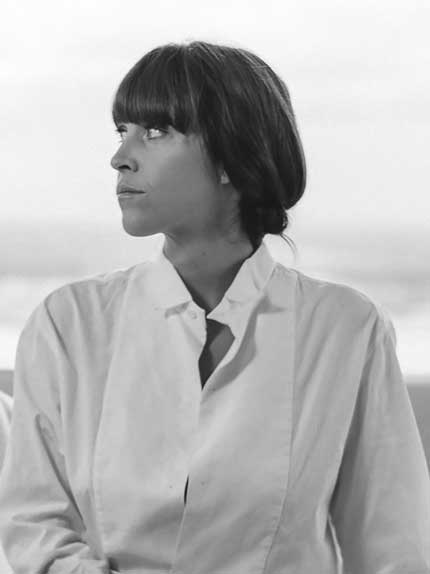 What's on the menu for the future of local food production? Flip Grater of Grater Goods explains.

It seems, as a society, we’re more focused on food than ever before. We’re watching it on TV, having it delivered to our door (ready made or ready-to-cook) eating out more regularly and consuming exotic ingredients we’d never even heard of five years ago. But what does the future hold for our culinary-consumed country as this increased and diversified intake creates new challenges?

Alasdair Baxter has a PhD in Food Science and works at the Food Bowl, a Government-supported facility that helps companies with food innovation. He says the current trends are centring around indulgence, health, convenience and environmental consciousness.

“Consumers are definitely becoming more aware of the story behind what they are eating and part of this story might be whether the production of the food was detrimental to land, sea, animals or plants along the way. The way information technology is moving, it won’t be long before everyone will be able to scan any food item with their phone and make conscious purchasing decisions based on the extensive information they gain from that – do they like the provenance and story of the food; does it fit in with their beliefs and the image of themselves? Technology will also mean tailored diets will become more easily available to individual food consumers as we pick and choose, using our phones.”

Packaging of food, especially plastic, is another hot topic. We’re seeing great initiatives like supermarkets allowing customers to bring their own containers, but Meadow Mushrooms are doing something really interesting. In conjunction with the Biopolymer Network and scientists from Plant and Food Research, they are using mushroom stalks to develop a punnet that will replace their current biodegradable ones. So, the waste from the industry will be used and the packaging will break down in a regular compost heap at home, closing the circle of waste in the food industry.

There’s also a lot of talk about the energy used to produce food and how power sources can be more sustainable and in harmony with the land around them. Miraka, a company based near Taupō, uses steam from the Mōkai geothermal field to run its processing plant – a world first in the whole milk powder processing industry. It also sends biological waste to be composted at the Tuaropaki Trust worm farm nearby; the worm castings go to a local native plant nursery and used for riparian waterway planting – all in an effort to lower the company’s environmental footprint.

Something we’re likely to be seeing a lot more in the future is plant-based foods. Dr Baxter from Food Bowl says: “We have regular enquiries from clients who are looking to produce plant-based alternatives to meat and dairy as they believe this is going to be a significant part of the future of food. Obviously, meat and dairy are key industries for New Zealand so this is both an opportunity and a threat.”

But it’s not just about ‘Beyond Burger’ patties and ‘not-chicken chicken.’ There are now all kinds of options popping up. Last year, husband and wife duo Flip Grater and Youssef Iskrane set up Grater Goods, a vegan butchery and deli in Christchurch specialising in vegan charcuterie and cheeses. “We’re at a time in our history when our food and lifestyles need to reflect the planetary priorities and I think some people see that as depressing, but it's really not! This food is exciting.” Flip Grater says. “We wanted to show people that eating plant based isn’t about deprivation. You can enjoy all the flavours and textures you've always enjoyed but do it in a more sustainable way.”

One of the biggest – and most controversial issues – concerning our food future is gene editing, the less extreme cousin of genetic modification. Gene editing will make developing new varieties of crops significantly quicker than traditional cross-breeding processes; new varieties of fruit, vegetables and even animals can be produced in weeks or months rather than decades. It can also be used for disease-prevention in crops and to eliminate malnutrition in parts of the world. “As it stands, New Zealand has said no to allowing this technology, known as CrispR, to be used in our horticulture and farming,” Dr Baxter says. “The United States has recently approved its use but obviously there are big ethical issues and dilemmas with the use of this very powerful technology.”

While big issues loom, the future of food actually looks bright. So many New Zealand food companies are looking at ways to minimise damage to the planet and technology means we will be able to really look at what food fits best with our individual bodies and ethical stances. Plant-based food is getting more exciting every day and maybe we’ll find a way to implement the best bits of gene editing without heading into scary territory. Conscious production and consumption is on the rise so let’s definitely raise a glass of organic, natural, low-alcohol wine to that!

Reported by Alexia Santamaria for our AA Directions Autumn 2021 issue

Comedian Pax Assadi loves the energy of a big city, but it’s the thermal waters of...

Back in the saddle

Barney Irvine returns to cycle commuting, after a long break.