Waste not want not: food rescue

Jo Percival meets a group on a mission to save food from being wasted. 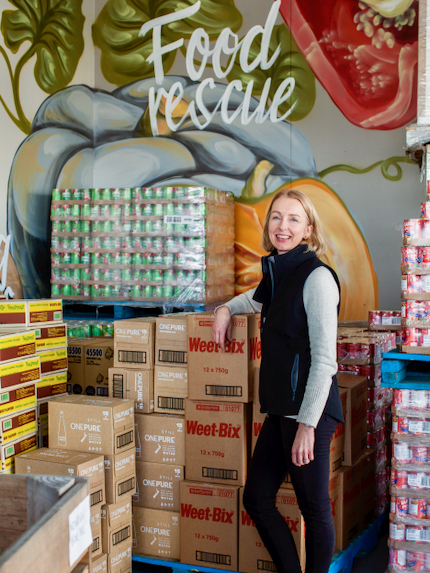 Kiwi households throw away more than 150 tonnes of food every year. When we go to the supermarket, the average New Zealander throws out one in five grocery bags of food. That’s akin to leaving one shopping bag behind in the trolley every week.

But the issue of food waste does not just lie with individuals. Waste is also an unfortunate bi-product of food manufacturing and hospitality – whether that’s because of over-supply, labelling errors or cancelled exports.

For companies and cafés it has often been easier – and in many cases cheaper – to throw out surplus food rather than try to re-distribute it. These grim statistics were the motivator for Christina McBeth to establish Nourished for Nil in Hawke’s Bay back in 2016.

“We started out by pounding the pavements, asking cafés what they were doing with their leftovers at the end of the day,” Christina explains. “At 3pm when a café is closing there’s still a lot of food in those display cabinets. Naïvely, I had hoped that at least the leftovers were going to staff or being taken home, but seven out of ten cafés were just throwing it out.”

Most of the cafés Christina approached said they’d be happy to donate to a food rescue organisation.

"We opened in February 2017 with 112 items of baking,” Christina says. “Now, four years later, we’re measuring food in tonnes per week.” In the year to date, Nourished for Nil has collected 509 tonnes of food.

“Tonnage is a lot of food,” Christina says. “That’s stuff that would otherwise end up in landfill. Food rots in landfill and creates methane, which is over 80 times more potent than carbon dioxide. It’s actively contributing to climate change. But it doesn’t have to be like that.” 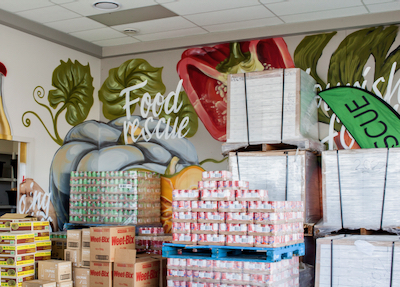 Today, Nourished for Nil has two employees and a team of about 80 active volunteers. “We can take literally any quantity of food,” Christina says. “If a company like Wattie’s or McCains has 50 tonnes, we’ll be there, we’ll sort it out. We’ll never turn anything down.

“We have a network of businesses that can help us out if we have excess,” she continues. “There’s a local coolstore with a massive warehouse that can take up to 150 pallets. When that’s not full of fruit, we're able to use it. We have two trucks that we can use for pick-ups. We have a large storage facility here onsite in Hastings, plus networks throughout the North Island that can take excess. It’s a logistics exercise, but we manage. We’ve always managed, and we share it as far and wide as we can.” 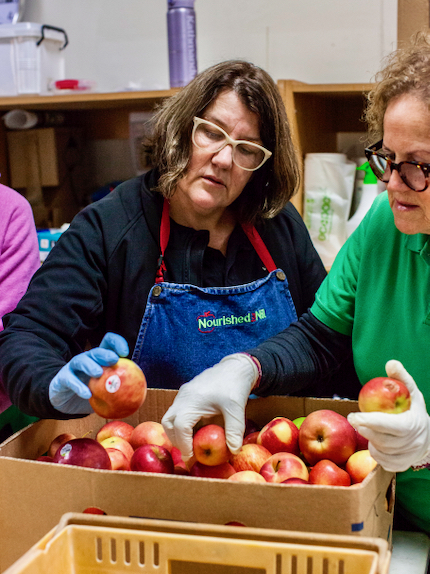 All the food collected by Nourished for Nil – whether that be bread from local supermarkets, fresh produce, meat, milk or canned goods – is given away for free to anyone and everyone who wants it.

With four locations around Hawke’s Bay open on weekday afternoons, the organisation is never short of customers. “Generally, the Hastings and Flaxmere branches will see between 180-250 people in an hour,” Christina says. “In summer we can get up to 400 people.

Since January we've had 83,000 people through all four venues. “Ninety-five percent of the people who come and get the food really need it,” Christina continues. “The working poor are a large contingent of our customers. Then there is a small percentage of people who are homeless. We always check with people when they come in, asking 'have you got a fridge? Have you got a freezer? Have you got a stove?’ We’re not going to give a guy who lives on the street stuff that he needs to refrigerate.

“A few people are using the service because they think the idea is cool. As much as we’d love it if that was a bigger contingent, the reality is a lot of people think ‘I don’t need it, so I’ll leave it for someone who does.’ “We’re always trying to plug the message that people are doing us a favour by coming to get the food. We spend seven to eight hours collecting, sorting and bagging it every day. If we put it out and no-one comes that would be an absolute shame.

“Our philosophy, first and foremost, is food rescue. That is why I started this, not because I wanted to feed lots of people,” Christina says. “We’re not just here for the needy, we’re here for the environment.”