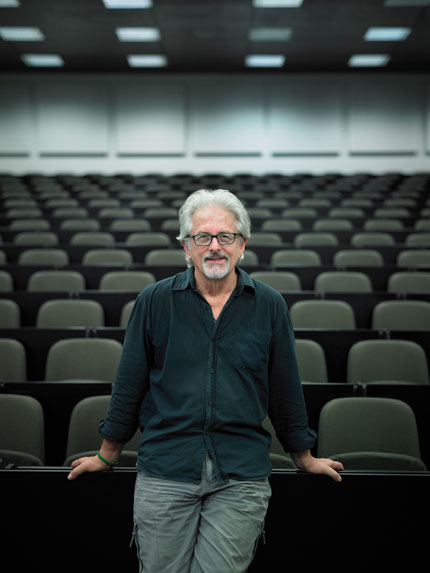 Warwick Pudney started solving a problem close to his heart more than 20 years ago. It’s no indictment that it’s not yet resolved.

The Auckland resident has dedicated more than half his life to prioritising men’s health and happiness, establishing safe places for men and boys to talk about issues affecting their well-being.

“Men aren’t always good at talking about fuzzy and vulnerable stuff,” Warwick says. “Society has trained them to be big and brave; to protect their families and, if need be, go to war.”

Warwick was working as a counsellor in 1996 when he saw a need for a service tailored specifically to men and young boys. He established Man Alive, a non-government organisation in West Auckland offering education, counselling, therapy and advocacy programmes solely for males.

“I thought – are these tough Westie guys going to come and ask for help? But we never had to advertise, they just came. We had men weeping at the desk.”

Warwick was driven to take action after noticing the majority of services were run by women.

“They were not only out of touch with the male reality, but could also be quite critical,” he says. “We had male receptionists, counsellors and facilitators all helping each other.”

A year later, Warwick set up Big Buddy, a mentoring programme for boys without fathers or positive male role models in their lives.

“Children need affectionate, protective and affirming males in their lives and boys need to be affirmed by those who understand who they’re growing up to be,” Warwick says.  “They need to have good esteem about being male and that comes from their most persistent source of care, whether that’s the father or those doing the fathering.”

Through years of research, Warwick found that many men who experienced war suffered post-traumatic stress syndrome in silence, and struggled to reintegrate into a normal family environment, with little or no support.  Younger generations of men, who have not experienced war, are more inclined to change nappies and push buggies, he says, and are better communicators than their fathers and grandfathers.

But while it seems fathers are becoming more hands-on, male mental health is still a massive problem in New Zealand with male suicide rates on the rise.

So he isn’t planning on slowing his crusade anytime soon. Warwick has established a post-graduate violence and trauma programme at Auckland’s AUT University which builds theory, awareness and skills for social workers, counsellors and police to solve problems around violence and assist healing from trauma.

“I’ve always been a problem solver, it’s what I like doing. I have some ideas but I don’t have all the answers,” he says.