Our children will take completely different memories of the Auckland War Memorial Museum into their futures than the majority of us have borne from our past.

Forget the moth-eaten, sad-eyed elephant reeking of embalming fluid. Forget the dark, creepy Victorian village. Our kids will remember the excellent holiday programmes or the fantastic sight of the Auckland volcano field in full eruption, or something to equal these, given the museum’s new and exciting programme of interactive exhibits.

We will be lighting our Museum in celebration of @aucklandpride over the coming weeks! 🌈 ⠀ You can see the Museum illuminated just like above from Friday to Sunday for the next three weekends, with the exception 16 February. ⠀ Remember we love to see your photos so please share with the hashtag #AucklandMuseum ⠀ #PrideFestival #AucklandPride #Pride #MuseumLighting #Insagood #PicOfTheDay #Instagram

The first Auckland Museum began in a disused government farm building on the corner of Symonds Street and Grafton Road in 1852, housing the collections of amateur enthusiasts and naturalists. It’s grown like topsy since then. 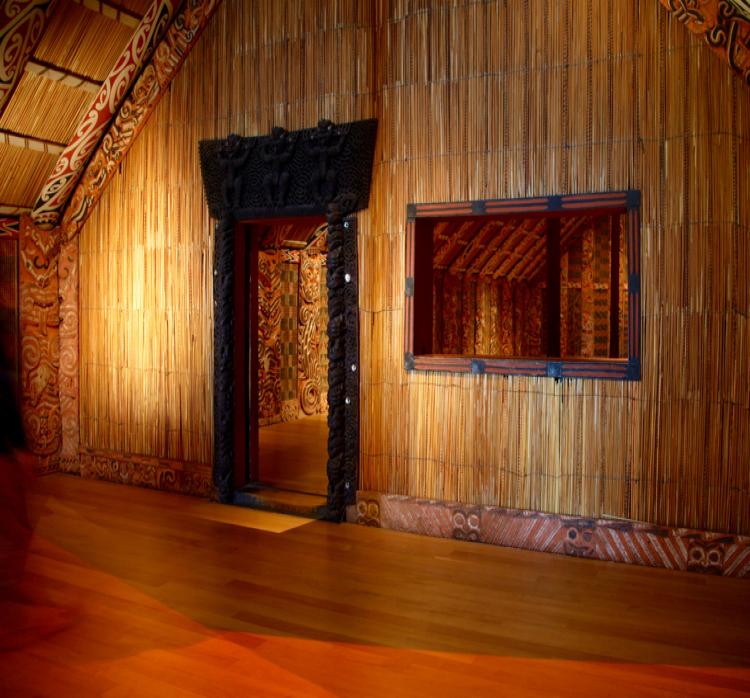 In 1920, the city fathers decided to construct and consecrate the present, magnificent neo-classical building – the museum’s fifth home – to the memory of those who fell in the First World War. A competition was held, and the winning design was chosen from an international field of entries.

Appropriately as it seems, it belonged to an Auckland firm, Grierson, Aimer and Draffin. The site was a spot in the Auckland Domain – actually the eroded cone of an extinct volcano – called Observation Hill, giving commanding views of the Waitematā Harbour and the growing city. Construction was complete, the collections shifted to their new premises and the Museum re-opened to the public in 1929.

It was extended in 1960, with a great, curved chamber engraved with the names of the Glorious Dead constructed to the rear of the original building. A major renovation – including the fitting of a huge revolving door – was completed in 1999 and the building was then expanded again, with the rear courtyard converted into a breathtaking new space known as The Dome – a vast, copper and glass dome that was opened in December 2006.

The permanent collection houses some 2.7 million items, including the largest array of Māori taonga in the world and a leading natural history collection.

It also regularly hosts internationally acclaimed visiting displays, with the emphasis firmly on the interactive rather than the dead and the passive, such as those with which the museums of the world were once furnished.

It’s an Auckland icon, a treasure-house and a national treasure in its own right.

On underwater walkways, you can lock eyes with everything from urchins and octopi to stingrays, sharks and that little fish with the big rep, the piranha. Read the story . . .

Loved by the locals: Auckland

Do what the locals do in Auckland. Read the story . . .

Explore this waharoa to our natural and cultural heritage, home to three rugby fields' worth of beautifully crafted space, untold treasures and fascinating stories. Read the story . . .