There’s a lot to be said for sticking to State Highway 2 when travelling down the east coast of the North Island and most of it involves the scenic splendours of the Waioeka Gorge.

If you’ve got a bit of time to spare, however, and preferably more than the six hours it takes to do it in one looking-neither-left-nor-right hit, then you’d be mad if you didn’t take the long way round, State Highway 35.

You face the decision in Gisborne and once you’ve made the right choice, you’ll find yourself cruising back in time to the days before great swathes of the North Island coast began to resemble a kind of seaside Pakuranga. And here’s the good news: there’s over 300km of underpopulated coastline ahead, with plenty to do along the way.

The stretch of rocky coast just up the road from Gisborne is one of the few areas in New Zealand which still welcomes freedom camping – where you can park your motorhome or pitch a tent by the side of the road for free.

The first of the two, classically sickle-shaped, white-sand beaches you’ll come to on the haul north is Tolaga Bay, where the long, long – the longest, in fact, in New Zealand – concrete wharf projects far out into the rollers. This is a solid reminder of the days when most of New Zealand’s transport needs were met by coastal shipping, and passengers, farm supplies and produce alike made their inward and outward journeys by steamer and via wharves such as these.

Just north of Tolaga Bay, there’s another such reminder at Tokomaru Bay, where the crumbling remains of shipping company buildings, offices, warehouses and bond stores, are a testimony to just how important the coastal trade was. 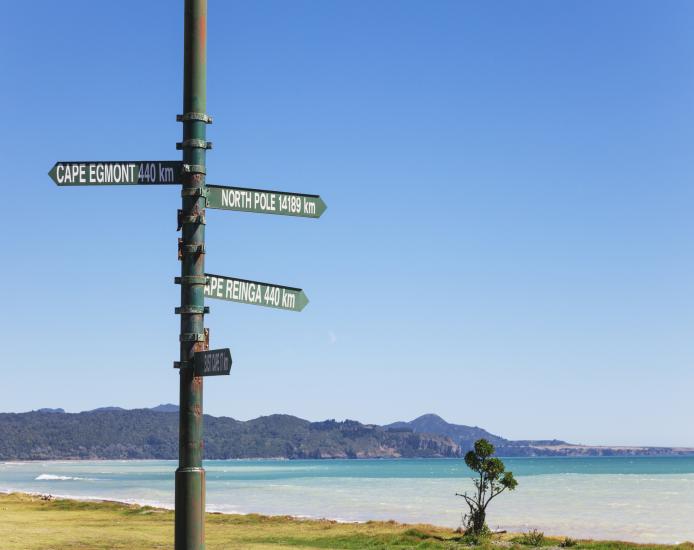 The signpost at Te Araroa. © Westend61

After a soak in the thermal waters of Te Puia Springs, you can stop for refreshments at Ruatōria, then press on to Te Araroa, New Zealand’s easternmost settlement. If you’re up for a bit of a detour, the East Cape lighthouse is just a 40km round trip, not counting the 700-odd steps you climb to reach the lonely lighthouse itself. 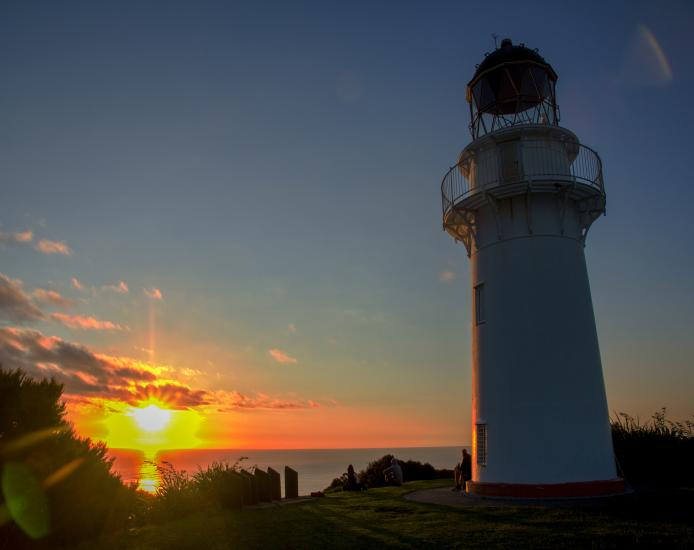 East Cape lighthouse is just a 40km round trip. © magnaretonsor

The beaches along the northern flank of the Cape are dazzling, as is the fishing if you’re minded to stop and try your luck.

And if you want to wash the salt off before you reach the bright lights of Ōpōtiki and the Bay of Plenty beyond, you can have a dip in the swift waters of the Motu River.

Gisborne to Wellington: sampling the finer things in life

Experience hot pools, beaches, art, culture, heritage and wildife on a road trip from Gisborne to Wellington.  Read the story . . .

Loved by the locals: Gisborne

From coastal walkways to historic railways, boutique cinemas and famous vineyards, we've picked five things that locals love to do in Gisborne.  Read the story . . .

Poverty Bay is one of the most fertile areas of New Zealand, famous for its luscious chardonnay and its fruit and vegetables, which flourish in the rich soils and abundant sunshine.  Read the story . . .

Gisborne has what the rest of the world has lost ... or is looking for. Space, peace, quality of life and an awareness among the people who live here that they share a secret, a precious key to nirvana.  Read the story . . .