They say that fresh is best, and that is undoubtedly the case when it comes to fresh New Zealand produce: it’s one of the single greatest things our country has to offer.

From the fattest, ripest Central Otago cherry at Christmas time to gourmet raspberries and just-dug new-season potatoes, simply cooked and then slathered in butter and sea salt.

It’s not just fruit and vegetables, though... We have olive oil, which changes in colour and punchiness depending on where it’s grown and how the harvest went that year. Cheese made with raw buffalo milk in small batches, by extremely dedicated and passionate people. Chocolate lovingly melted into lavender, cardamom or salted caramel. Nut butters, obscure herbs, chutneys... we really do have it all.

Spice up your midweek cheeseboard. Cumin get it! #cheeseboard #tastekapiti Photo: @shinediningcatering

The Remutaka Hill, just north of Wellington, is notorious for its steep inclines, sharp corners and your ears popping as your car winds around bend after bend. It’s worth it, though, when you arrive at the bounty of the Wairarapa. A bit of a micro-climate and famous as a beautiful wine growing region, the Wairarapa is an area that showcases just how good local produce can be.

A particular region’s produce may not be the first thing we think of when travelling (unless you’re a food fanatic like me). It’s easy to stick to what you know and just visit the supermarket or, of course, try a local restaurant or eatery.

In certain parts of New Zealand, though, it’s a veritable feast of locally grown produce, each region offering something quite unique and different.

Come and join us today for this delicious raspberry and white chocolate cheesecake! A real sensation for your taste buds. We also have the ever popular California rice wrap, and a heartwarming white bean and vegetable pie on the menu today - you don't want to miss this! 🍰🌯

I pop into Food Forest Organics in Greytown for lunch, a plant-based café and grocery store. Founded by James Cameron (of movie-making fame) it’s a store-front of Cameron Family Farms, which is on track to be one of the largest organic farms in the southern hemisphere. I usually buy fresh walnuts and some raw honey, to have with truffle cheese and handmade oatcakes from Featherston’s C’est Cheese (run a by former corporate suit turned cheesemonger) as a pre-dinner platter at my hotel, along with a glass of local Martinborough pinot noir.

A must-stop for the ultimate cheese and crackers experience.

It’s not just the Wairarapa; all over the country, we’re spoiled for choice when it comes to locally grown, beautiful produce. Even in the big cities.

Driving along the eastern bays from the city in Auckland, you may not be expecting to find a haven of produce, but if you stop at Kohimārama’s Good Grocer, that’s exactly what you’ll find. The latest outpost of the Hip Group’s produce-driven empire, Good Grocer features all the produce that’s good that day, direct from their farm out west. Previously, their produce had only supplied their many cafés, but now punters can stock up for a picnic or home. An overflowing table of different-sized cauliflowers, freshly baked bread, buffalo milk, pressed juices – you could grab some supplies and wander just across the road to Kohimārama Beach overlooking Rangitoto and bask in the sun.

BABA GANOUSH! Is just one of the beautiful things that can be made from eggplant 🍆 they're only $1.50 until Monday!

Anyone doing a road trip will notice roadside stalls, still a common sight across New Zealand. Spray-painted signs lure you to stop all through the seasons... grab bags of tamarillos, ten avos for a couple of bucks and punnets of berries when they’re in season.

These stalls often host some of the freshest produce you can get and very often a bargain. Then there’s the honesty box system, a relic of a simpler time when everyone carried cash, still sometimes to be seen at a  farm gate.

Summer on a plate. Thanks beautiful Dunedin for putting on such a day at last ❤️❤️❤️#dunnerstunner #centralotagocherries #createdunedin #nofilter

Travelling down south, you’d be remiss to pass through the Central Otago region without investigating the bounty therein. Although it’s world-famous for its juicy pinot noir wines, the fruit in this microclimate is not to be missed. Stonefruit over summer – peaches, apricots, and nectarines especially, but also Central Otago cherries that will be unlike any cherries you’ve had before. Loading up as you pass through is a must-do. Cromwell showcases local artisans at its Farmers’ and Craft Market every Sunday: from the aforementioned fruit through to olives, chutneys and leafy greens.

Moving north again and you’ve got the citrus capital of New Zealand on the stunning east coast. Gisborne is home to orchards aplenty, as well a home to some of the best coastline seen the world over. Their produce market is every Saturday and oranges are their main game. If oranges are out of season? Avocados, tamarillos and, of course, Chardonnay.

Cooking on holiday may be your idea of a nightmare and, if that’s the case, stick to produce for your snacks and platters and picnics. But if it isn’t, investigate options wherever you end up and taste local in a way you may not have thought. Most importantly, don’t forget the local wine... 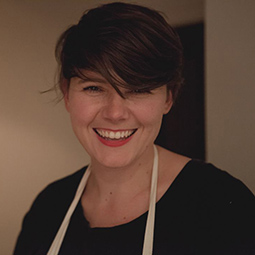 Delaney Mes is a freelance food and travel writer based in Auckland but can be found on a plane as often as possible. A keen cook and even keener eater, she’s always on the hunt for local food secrets. Formerly a lawyer, she thinks New Zealand has some of the best food and produce the world over. She also loves gin.

Show me more by Delaney Mes

Street food and markets: around the world in New Zealand

From bacon butties in Dunedin to dumpling and donuts in Auckland or fresh veges on Wellington's windy waterfront, New Zealand's food markets are a great way to eat. Read the story . . .

Wellingtonians pride themselves on being connoisseurs of all things gastronomical, fancying themselves the equivalent of the residents of New York’s Brooklyn or London’s East Side. Read the story . . .

The Nelson market: homemade with heart and skill

Visit this pure, heartfelt celebration of the creative endeavours of the people of the region and their fine local produce. Read the story . . .

Delaney Mes is a freelance food and travel writer based in Auckland but can be found on a plane as often as possible. A keen cook and even keener eater, she’s always on the hunt for local food secrets. Formerly a lawyer, she thinks New Zealand has some of the best food and produce the world over. She also loves gin.

Show me more by Delaney Mes