The Manawatū is a rich and deeply characterful part of the New Zealand landscape.

Those who are willing to head off State Highway 1 and explore the Manawatū District will never be disappointed.

Reaching north of Rangiwāhia, you can enter the Manawatū District through Mangaweka, south of Taihape.

Manawatū District is hemmed in on the west by the Rangitīkei River all the way to the coast and by the Ruahine and Tararua ranges to the east. The coastal community at Hīmatangi marks the southern border. 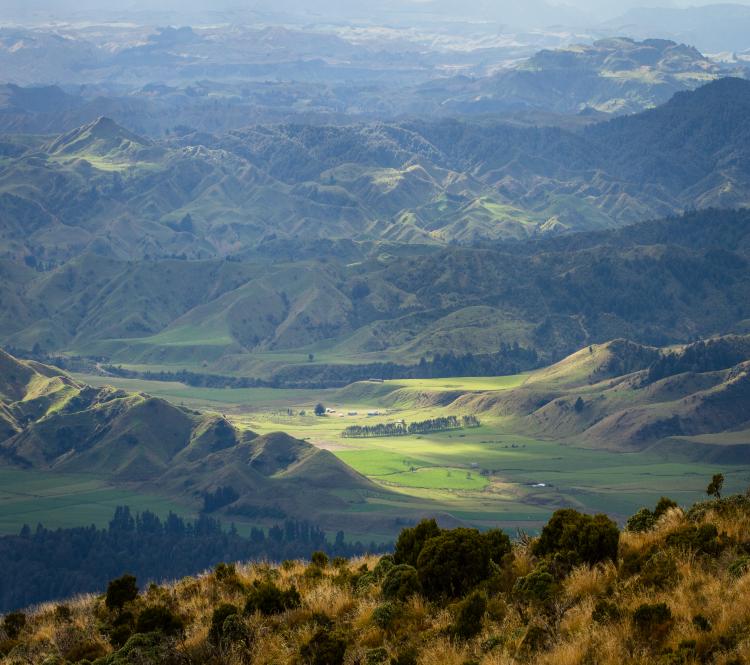 Geographically, the region is incredibly diverse. The northern half of the district is geologically active, evidenced in the hanging river terraces and steep, folded hills that characterise the region. The result is nothing short of beautiful: one of my favourite New Zealand rural landscapes. 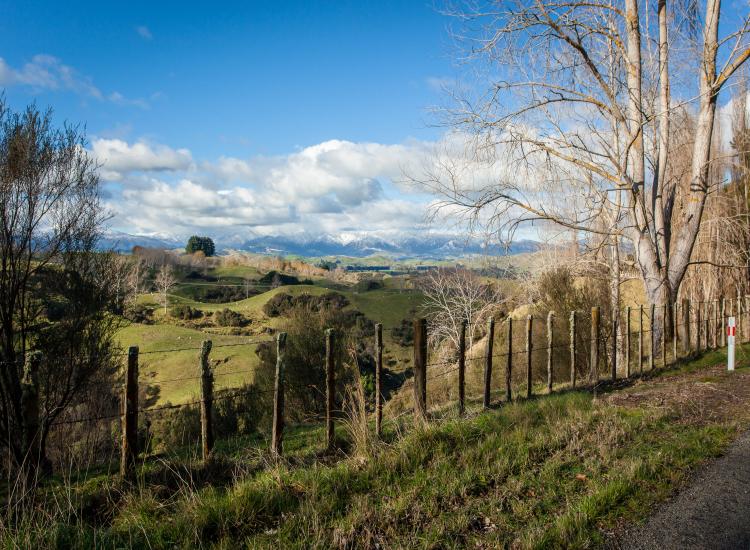 There are beautiful views to be found around Apiti, particularly when there’s a bit of snow on the Ruahine Ranges. © Nicholas Allen

I enjoy nothing more than to drive through the area on an early spring morning when the light and shadows play on the hills. Fingers of snow on the ranges often linger into the spring, giving a sense of elevation as you drive through this prime sheep and beef country, cleared of bush in the mid-1800s. I love watching the calves and lambs in a landscape dotted with old woolsheds and homesteads, bordered by stands of original New Zealand bush, picturesque roads and vibrant community centres.

According to legend, the Māori explorer Hau first discovered the Manawatū River. He was pursing his wife, who had run away with her lover. Heading down the coast from Taranaki and having just crossed the Rangitīkei, he arrived at a large river. The river was so large that the prospect of crossing it made his heart stop, causing him to give the name Manawatū (literally, ‘heart standing still’). 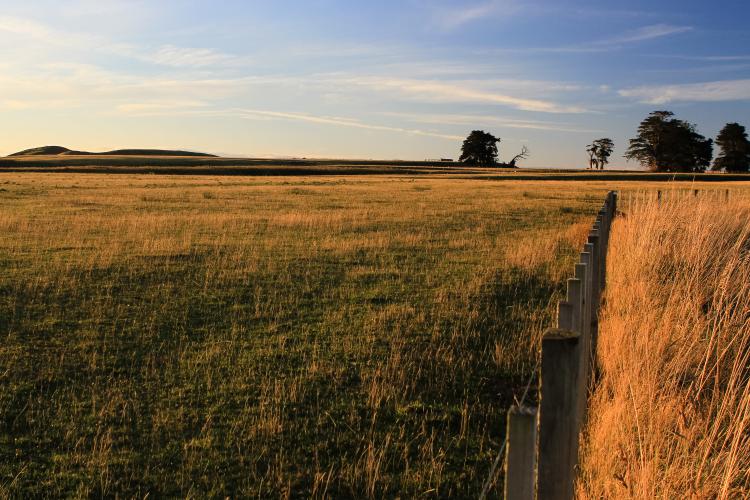 The modern traveller heading south, undoubtedly impressed but unfazed by the size of the bridged Manawatū River, will notice that the southern half of the Manawatū District is distinctly different. The sharp hills of the north give way to the rich alluvial plains of the Ōroua and Manawatū rivers. Sheep and beef blocks transition into the dairy farms for which the region is famous. Dominating the area are the two hubs of Feilding and Palmerston North. Feilding largely supports local agricultural industries, while Palmerston North is a culturally rich city that supports a large student population and a vibrant research hub in the land-based and veterinarian sciences. 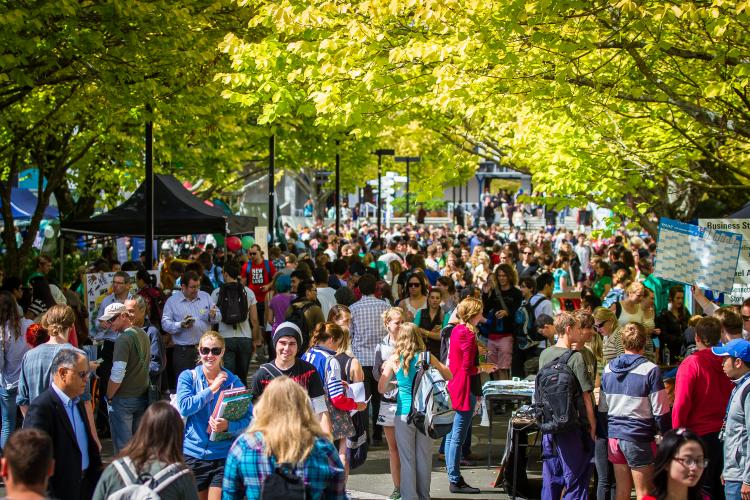 There are a number of good-quality scenic routes winding through the north of the district, but best among them is the Manawatu Scenic Route. This route takes you from Mangaweka on State Highway 1 to Ashhurst and State Highway 3. Not only is the road incredibly scenic as it winds over ridges to Apiti and down through the Pōhāngina Valley, it also passes through an amazing community. 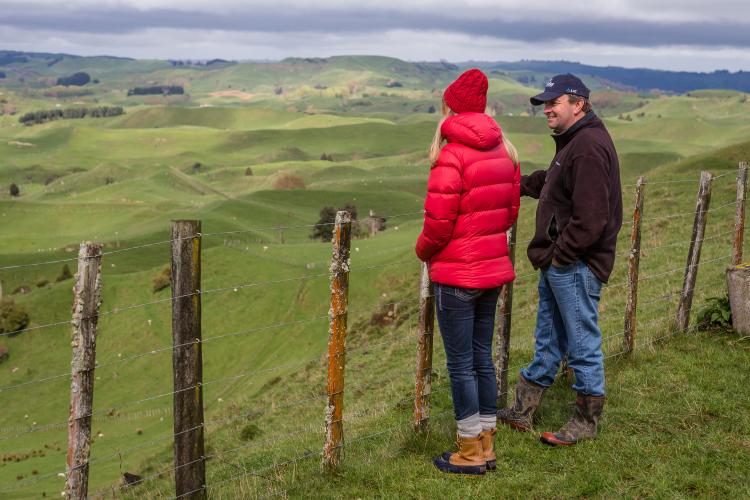 Finishing in Ashhurst, make sure you stop off at The Herb Farm, with its family-friendly gardens, day spa, and great café. In summer, pop into the Ashhurst Domain for a swim in the Manawatū River. And Te Āpiti Wind Farm is always worth a look, affording a great view of the Manawatū and Wairarapa beneath the massive wind turbines.

Friendly Feilding, as it’s known by the locals, has won New Zealand's Most Beautiful Town award 16 times. Key to this rural centre’s success is a local programme that encourages property owners to restore and maintain Feilding’s elegant late-Victorian and Edwardian heritage buildings.

The people of Feilding are indeed friendly and pride themselves on the town’s variety of boutique stores, antique shops, cafés, eateries and award-winning Friday Farmers’ Market. If you enjoy museums, the Coach House Museum recounts the history of the area through old vehicles and farm equipment that has been meticulously restored.

Every March, Feilding’s famous Manfeild Park hosts the Central Districts Field Days. This is a fun event with all kinds of competitions, historic equipment displays and a strong showcase of cutting-edge agricultural technologies and equipment. Even if you’re not a farmer, it’s a great excuse to don some gumboots and have look.

Palmerston North, with an estimated population of 83,500, is the largest centre in the Manawatu and a fantastic city to visit. For the adventurous, the city is an excellent base for exploring back-country tracks through the Ruahine and Tararua forest parks and the Manawatū Gorge, as well as via the Manawatū’s many excellent cycling tracks. 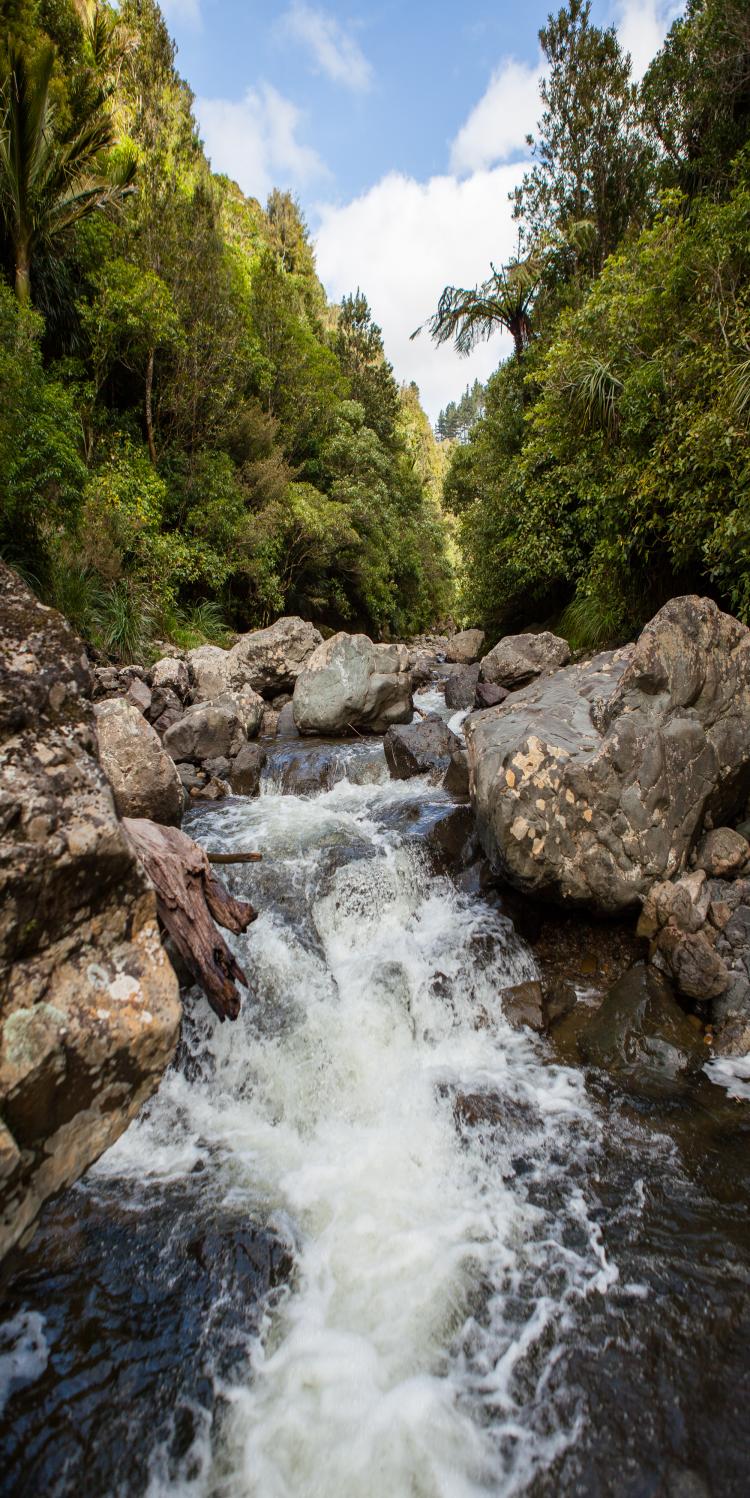 The stream beside the Sledge Track, only 20 minutes from the CBD. © Nicholas Allen

For the more sedentary, the city boasts a large number of good cafés, restaurants and bars, as well as a vibrant art scene. For boutique shopping and a host of great cafés, hit George Street. For restaurants, make sure you cruise down Broadway. Te Manawa Museum of Art, Science and History is a must-do for all people visiting Palmerston North. The museum features fresh and engaging exhibits that reflect the region’s history in a way that’s meaningful to all ages. And, of course, right next door is the New Zealand Rugby Museum. Palmy, as it's known, is very good indeed.

Greytown is so picture-perfect with its mantle of frothy spring blossoms, it’s like walking onto a well-dressed movie set. Read the story . . .

Loved by the locals: Manawatū

Do what the locals do in Manawatū. Read the story . . .

Horowhenua: where the earth moves

Māori called Horowhenua ‘shaking earth.’ Historically it was a wetland – the floodplains of the Manawatū River – carpeted in flax with the odd stand of podocarp forest for variety.  Read the story . . .

Home to mighty ancient forests, protected by the work of dedicated conservationists, the Tararua District is teeming with life.  Read the story . . .