The view took his breath away. The legendary Māori chief Whatonga had arrived from Hawaiki and looked east from the tops of the Tararua Ranges.

Before him lay an expanse of virgin forest, filled with mighty trees and teeming with life.

The view was so amazing that he called the forest Te Tapere nui o Whatonga, which means 'the great food basket (or playground) of Whatonga'. Amongst the trees, so thick that they blocked the sky, were kākā, kiwi, kōkako, korimako, tūī, saddleback and the now extinct huia and piopio. 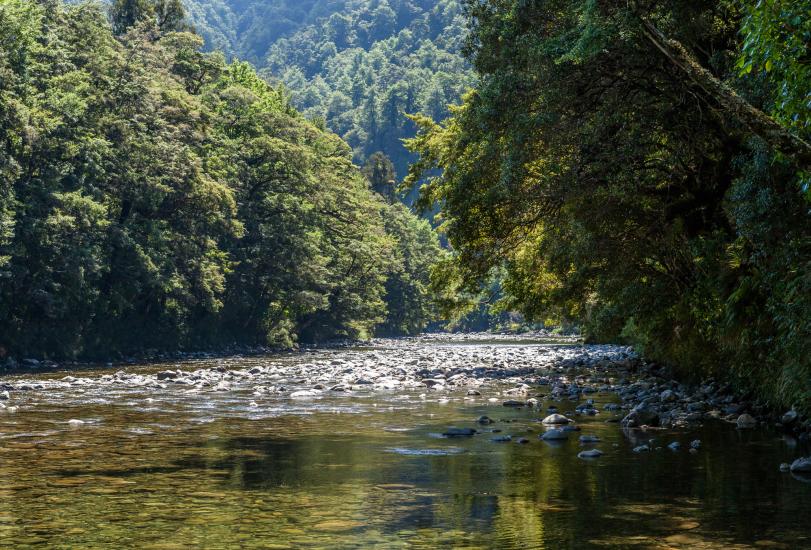 A visitor to the area in 1888, wrote, 'Undisturbed by human interference the stately forest giants majestically dominated the scene… The whispering breeze in the treetops, the flutter of innumerable birds in the branches above all presented to us a picture of natural beauty never to be forgotten by those privileged to see it.' Nearly 1000 years after Whatonga’s discovery and as a result of dedicated conservationists, the Tararua District is still teeming with life.

Tararua District is hemmed by the Ruahine and Tararua Ranges on the west, and the sea on the east. Driving south from Napier to Masterton, you enter Tararua District just north of Norsewood and exit just after Eketāhuna. The Manawatū River, which drains the district through the gorge, marks another point of entry. Dannevirke and Woodville are the district’s two main towns, but the crown jewel of the region is the Pukaha Mount Bruce Wildlife Centre.

During the 1870s, the New Zealand government actively recruited Scandinavians to settle in the Tararua District. Lured with the promise of cheap passage and land, a handful of families arrived at the edge of a forest, ready to claim their 40-acre lot. Renamed Seventy Mile Bush, Whatonga’s expansive tract of forest stretched from the Central Hawke's Bay to Wairarapa and out to the coast. 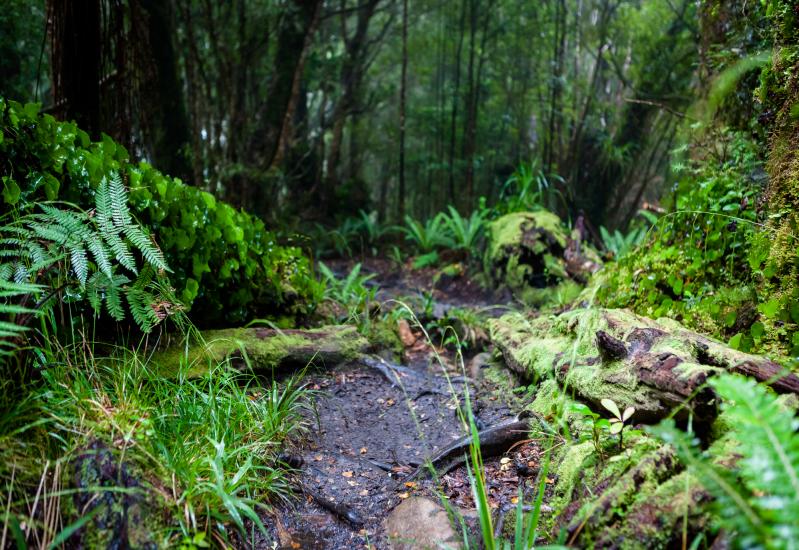 Even on today’s tramping tracks, you get a feel for the density of the bush. © Nicholas Allen

The forest was more dense and difficult than any of the settlers imagined. Slowly chipping their way through the bush, along old Māori paths, they lived in rough huts made of ponga and tōtara bark.

By all accounts, life was exceptionally difficult. Norsewood and Dannevirke had been surveyed and laid out on paper with roads named. However, when the settlers arrived, they found that the town sites were still buried beneath the virgin forest. In need of land to support the towns, they had to clear the bush quickly. Bushfires were the method of choice.

Naturally, this devastated the forest and the life it contained. Within 30 years, the majority of Seventy Mile Bush had been cleared. The resulting loss of habitat and introduction of predators had a significant impact on the local wildlife.

True to its roots, Norsewood has maintained a strong link to its Scandinavian heritage. Kids in the local school are taught Scandinavian folk dancing and the locals celebrate Norway's Constitution Day. For those visiting, there are several ways to enjoy Norsewood’s heritage.

For good coffee, take a break at Café Norsewood, a beaut café with a pleasant atmosphere. For a spot of shopping, pop into New Zealand Natural Clothing for free tea and coffee, and for good deals on wool, possum and merino clothing. 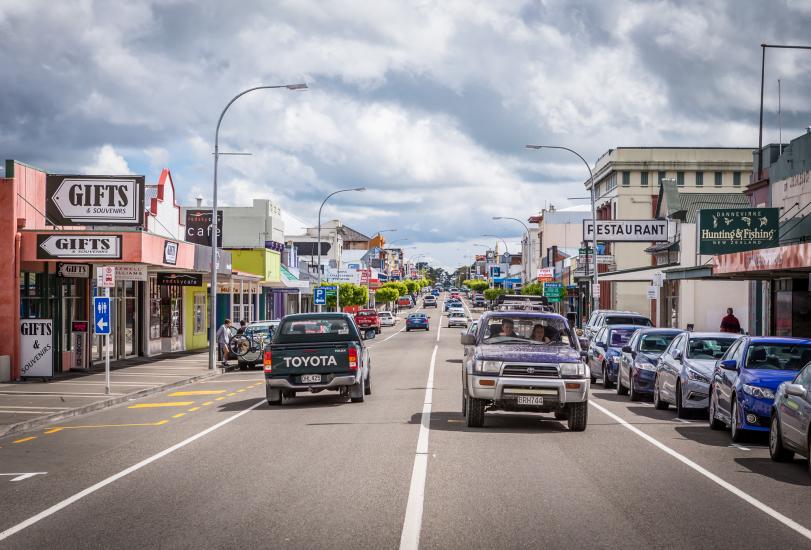 Looking down the main-street of Dannevirke. © Nicholas Allen

Dannevirke also shares Norsewood’s Scandinavian heritage, a fact made visible in the town’s Viking signs. Now the largest town in the district, the town’s name means, 'a work of the Danes'.

The railway arrived in the 1884 and by the 90s connected Napier with the Wairarapa and Manawatū. This gave Dannevirke a much-needed boost. The local abundance of tōtara birthed a booming milling industry as the town supplied sleepers for the Napier-Wellington railway. At one point, there were as many as 50 sawmills based in Dannevirke and the town because known as Sleeper Town. Clearing the forests allowed the establishment of the farmland. Dannevirke flourished as an agricultural hub and now supports dairy, deer, sheep and beef industries.

There are a number of food outlets in Dannevirke, but if you want a coffee, cake, and comfy couch, stop in at The Vault Café. 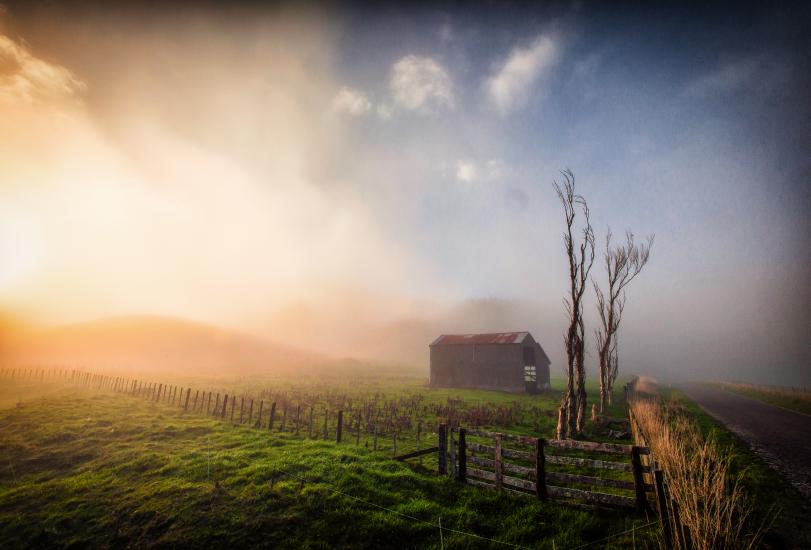 Woodville sits halfway between Napier and Wellington, at the junction of State Highways 2 and 3, and is the best place to stop. It seems Woodville has always been a good place to stop. Even Whatonga’s descendants choose to rest there on their way through to the Manawatū.

Established in the 1870s, the town still gives travellers many reasons to stop. First among them is Woodville’s antique, collectable and second-hand shops. If you are a bargain hunter or, like me, someone who enjoys looking at antiques and old knick-knacks, then Woodville is the place to shop.

If you are a lover of coffee, café food, or a good cup of tea, Woodville has some of the best cafés in Tararua and Manawatū. Check out Long Black or Yummy Mummy's for their famous housemade cheescakes. 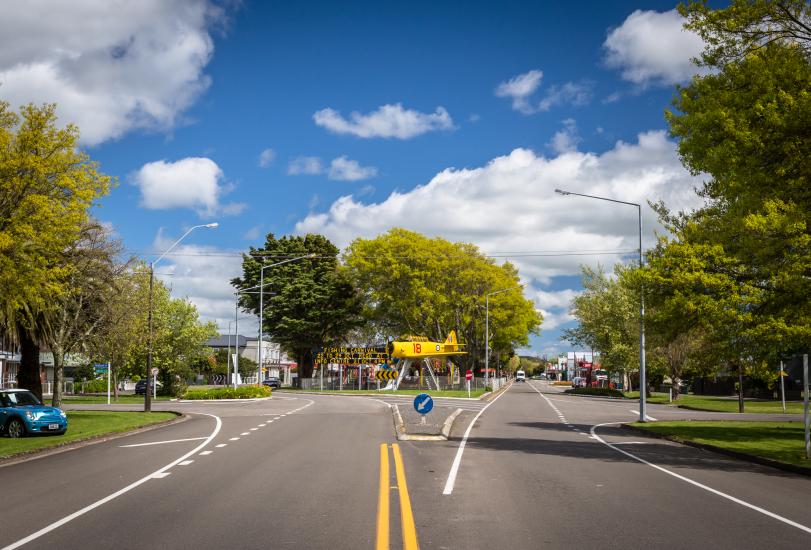 Pahiatua’s avenue of trees and park: a great place for a picnic. © Nicholas Allen

Pahiatua is a farming town with a beautiful avenue of trees down the main road. The town sports some of the best trout fishing in the country. A short distance from the confluences of five major rivers, rumour has it that there are more rainbow and brown trout per cubic metre of water than any other place in New Zealand. Each October, the town celebrates the Paihiatua Trout Fishing Festival.

Eketāhuna was established in 1872 on the southern end of the Seventy Mile Bush. Originally called Mellemskov, which means “Heart of the Forest” in Danish, the town is a farming centre that does not lack heart. Despite being synonymous with the wop wops, locals are excited about the town, which offers nice cafés and good shopping. 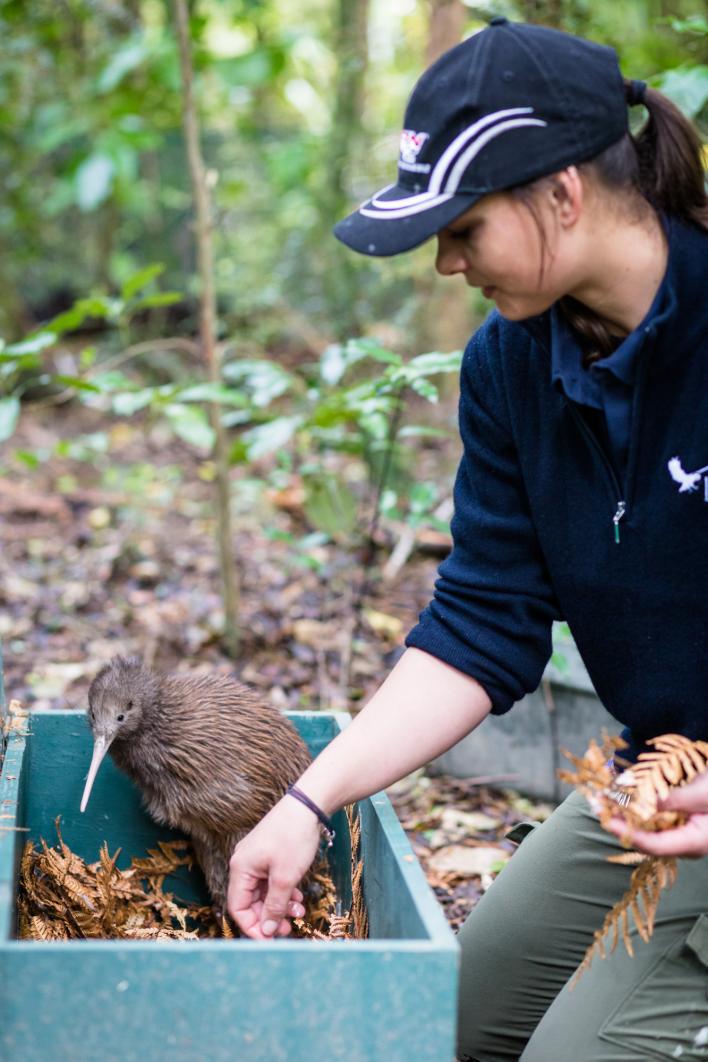 Most notably, Eketāhuna supports the nearby Pukaha Mount Bruce Wildlife Centre. In a moment of incredible foresight, the government decided in 1888 to protect a block of the Seventy Mile Bush in a reserve. This 942ha block of virgin bush is all that remains of Te Tapere nui o Whatonga.

Because of the block’s cultural and ecological significance, the Department of Conservation, Rangitaane O Wairarapa and the National Wildlife Centre Trust joined forces in 2001 to eradicate pests and restore the forest’s bird population. A few years on, the result is truly astounding with kiwi, kokako, kākā, kererū, kākāriki, whio and many other native species inhabiting the reserve. Every New Zealander should visit Pukaha Mount Bruce at least once in their lifetime, for the simple pleasure of enjoying an unforgettable picture of prehistoric natural beauty.

What's the weather doing in Dannevirke?

Greytown is so picture-perfect with its mantle of frothy spring blossoms, it’s like walking onto a well-dressed movie set. Read the story . . .

Loved by the locals: Tararua

Do what the locals do in Tararua. Read the story . . .

Rangitīkei: life off the beaten track

The Rangitīkei River and surrounding countryside are truly exceptional. The landscape here is often rugged and always spectacular. Read the story . . .

The Manawatū is a rich and deeply characterful part of the New Zealand landscape – perfect for a road trip. Read the story . . .

What's the weather doing in Dannevirke?