At Mangawhai Heads’ ocean beach we began with a glorious evening walk to where the cliff track rises to follow the edge of land above crashing surf, gliding gulls, endless views.

It was a walk shared by many – families, couples with dogs, solo walkers striding out at sunset – some better than us at sticking to the mission, resisting the temptation of rock pools, sand patterns, collectable shells. Near the surf club, a grey-haired couple played on boogie boards. They bounced about in the foam watching for what was coming then lunged into the rush of bubbles. Having a blast; having the best end-of-day going. We opted for a sedate swim in the estuary, just around the headland. It was full tide and calm and sheltered and the water was delicious. I’d been in the surf earlier in the day – and had been in the estuary the evening before, too. 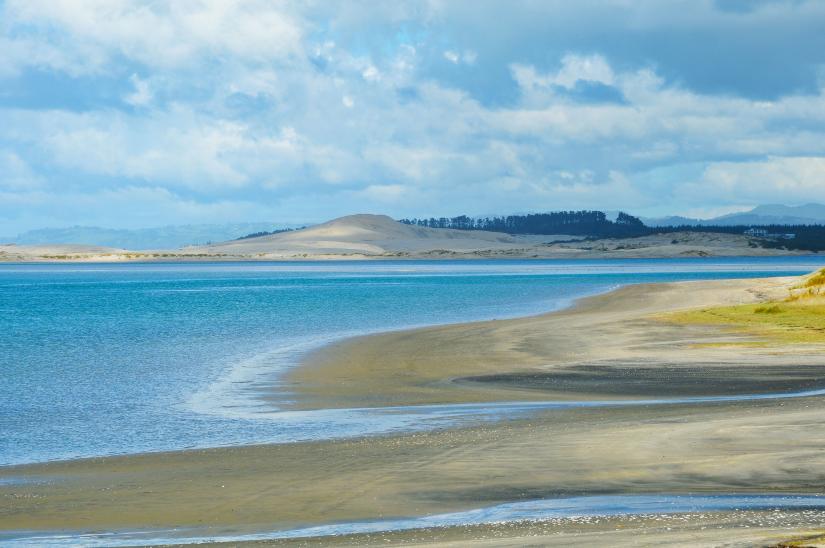 Late morning, we’d arrived at Mangawhai Heads with instructions on finding the rented bach. Right at the roundabout, up a steep drive, a sharp turn and up an even steeper bit... The steps up to the bach wobbled but the deck was solid enough and was wide and long and presented the view to great advantage – down the coast, over the sand hills, up and over the lagoon.

We watched ships, way out, creep along the horizon. Stars, brighter in the dark sky than ever in the city, spangled far and wide and deep.

The bach was a sweetheart. Faded striped curtains, art made from bunny tails and cats-eye shells, and an old valve radio on top of the fridge. The crockery and cutlery were mismatched, the wallpaper was classic 1970s. It smelt of heat and sand and held memories of thousands of holiday evenings, of families playing cards and charades, drinking cocoa from big ugly mugs and eating toasted sandwiches.

If it had rained, we would have happily stayed put, ensconced on the saggy old sofa, reading and snoozing and considering lunch options. But it didn’t rain, so we explored. 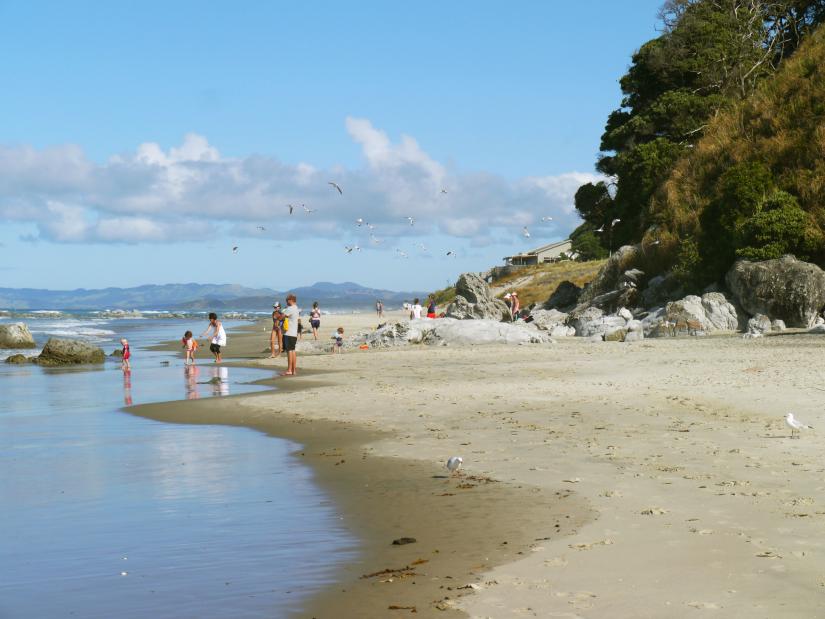 A few kilometres away, in Mangawhai village, we called into Bennetts to watch the process of boutique chocolate making and then, of course, to buy some. In the same honey-coloured complex we sat with excellent coffees to study the map and drove from there out of town a bit to check out the local wineries. Yes, Mangawhai has wineries. That adventure was a great way to see some backcountry, to get the lay of the land and to support the locals; well, I had to buy a bottle, it would have been rude not to. Millars’ pinot gris: very nice.

Back at the village we stopped at Smashed Pipi for a snoop around the craft gallery and called into Mangawhai Pottery, too, where I was tempted to buy a beautiful grey-blue bowl. Artists are in above-average supply in these parts. I was told the Saturday morning market is good for local craft, as well as for local produce, much of it organic.

Mangawhai village has a few shops and Mangawhai Heads, where we were based, also has a handful including a deli, takeaways and a couple of casual restaurants.

Further up, toward the heads, the i-Site provided maps and guides and friendly tips. Next to it, with some of the best views going, the local golf course buzzed with action. I don’t know the game so the fact it’s a links course and is sand-based and all-weather doesn’t mean anything to me but clearly I would have been welcome, regardless, going by the enthusiastic recommendations received from several locals.

Nearby, along a boardwalk through low bush, a short trail led to a lookout tower. We climbed the spiral for views across the golf course, out to the heads, the sandhills, surrounding farmland and out to sea. Funny to think that just down the coast was Auckland. Home was only an hour and a half’s drive but it felt like a world away.

Loved by the locals: Rodney

Hundertwasser Toilets: the loo that made headlines

The internationally renowned Hundertwasser toilet in Kawakawa has become one of New Zealand’s most photographed attractions. Read the story . . .