Waitākere: under the sunset

The west has stories to tell; there’s drama in those hills. The peaks and dark valleys hint at secrets, of wild lawlessness and abandon but there is peace and beauty out on the fringe, too.

It’s not the sort of place you don’t have an opinion on... Waitākere is more interesting than that.

It’s a genuine sort of place, with history, culture and edginess.

Defining it, the beautiful Waitākere Ranges provide a constant reference to wherever you are in Auckland. A bit lost? Well, there are the Waitākere Ranges, so that must be west. Head that way for the west coast beaches – Whatipu, Karekare, Piha, Bethells. Look that way for gorgeous sunsets. Drive that way to find arty Titirangi, Laingholm and Huia on the Manukau Harbour, Ōrātia with its orchards and lifestyle blocks.

Along the spine of the Waitākere Ranges runs Scenic Drive. Between Titirangi and Swanson, at its northern end, the road winds past intriguing architecturally-designed homes rising out of the bush for views of the city. Long stretches are empty of civilisation, with green curtains of rainforest lining each side of the road. There are a couple of cafés along the way and an excellent visitor centre – Arataki – where the rich human history of the area and the efforts to protect the very special natural environment are revealed.

Access to much of the ranges is currently restricted as a serious battle against kauri dieback disease is waged. Time spent at Arataki provides clarity on that important mission and goes some way to make up for the fact you can’t walk many of the tracks.

But while the big pull of Waitākere is its truly magnificent native forest, wild beaches and pockets of city-fringe rural delight, there are also village-like urban discoveries to make out west.

New Lynn has really taken off. A flash new transport hub links it easily to Auckland city and high-rise apartment buildings popping up around the railway station are softened by open green spaces and modern design elements encouraging walking and cycling.

Lynn Mall, the first American-style mall to open in New Zealand, dominates but that, too, has been refreshed ground-level restaurants and bars spilling onto courtyards. Snooping around the back streets of New Lynn can produce surprise bargains from op shops and outlet stores.

Classic ‘Westie’ territory, Henderson is a major suburb with a rail hub and modern shopping centre in support. A large mall with cinema, food hall and all the usual shops is always busy. Around it, streets bristle with second-hand stores, low-key cafes and surprising specialty shops such as one all about fishing, another all about old tools.

Nearby is Corban’s Estate, a vibrant arts centre with studios and galleries. The West Wave pool is a massive under-cover swimming complex. Henderson also has nicely-done public spaces, including an impressive walkway along a couple of restored streams. On Henderson Valley Rd, on the way out to the wilderness, is Whoa! Studios, a truly fabulous play and theatre attraction for kids.

Most of Glen Eden’s business goes on in the strip along West Coast Road, or around the back in a strange little cul-de-sac mall. Shops are of a genuine, unpretentious nature – dairies, florists, fruit and vege shops and a very good organic butcher. There’s also a handful of cafés and ethnic restaurants.

I still think this is one of the best views in Auckland . . . . #auckland #view #waikumete #cemetery #city #landscape #aklsummer #zmsummer

Over the road is the railway station. And uphill from Glen Eden, on Great North Rd, is the fascinating Waikumete Cemetery, the country’s largest and one of the oldest. Beautifully landscaped, it’s a place of peace and tranquillity, surprisingly welcoming and well worth a wander.

Getting to the southern end of Waitākere involves diverting off the north-western motorway, driving through suburbs and detouring New Lynn, then heading for Titirangi. Titirangi is a classy gem of a place, with beautiful homes surrounded by mature gardens. Various cafés, craft markets and Te Uru Waitākere Contemporary Gallery create a bit of pressure on the village’s parking so if it’s too hard, keep going.

The landslide winner of the 2017 Portage People’s Choice Award is Kiya Nancarrow for her piece Spacing Form. See this work and all the rest until 11 February. Thanks all for voting #peopleschoice #portageceramicawards #contemporaryceramics #closingsoon #teuru

At the roundabout with pod-like sculptures in its centre, zip up to Scenic Drive for an intriguing exploration north and great views, or drop down into Huia Rd for an encounter with Manukau Harbour.

Laingholm is a sea-side suburb with not much in the way of commerce but a lot in the way of character. Further west, Cornwallis is a lovely picnic spot and its wharf is popular for fishing. At Huia, a sweeping bay is pleasant for swimming at the right tide and the local store is famous for good supplies. At the end of the road, which does get lumpy and challenging, is Whatipu, at the mouth of the Manukau Harbour. Wild, remote, highly memorable. 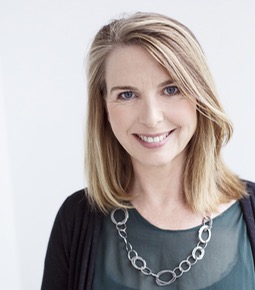 Loved by the locals: North Waitākere

From bustling markets to marinas, coastal walks, birdlife and literal gems – find out what the locals love about North Waitākere. Read the story . . .

Loved by the locals: Waitākere

From foodie finds to bushwalks and beaches, take the lead from the locals in Waitākere. Read the story . . .