The first time I laid eyes on Aoraki Mount Cook I cried like a baby.

New Zealand’s highest peak can have that effect on people. Frequently hidden amongst thick cloud, I had passed by it for years on road trips and adventures around Canterbury without ever actually seeing this iconic mountain. Lording over the Mackenzie region, Mount Cook has become a symbol for what could easily win the unofficial 'most beautiful region in New Zealand' competition. Big mountains meet big skies here with more turquoise lakes and braided blue rivers than you could shake a stick at, and around every bend in the road, you will likely have your jaw hanging open in awe. Clichéd I know, but it is more than true. Even on a rainy day, the Mackenzie Country is glorious. 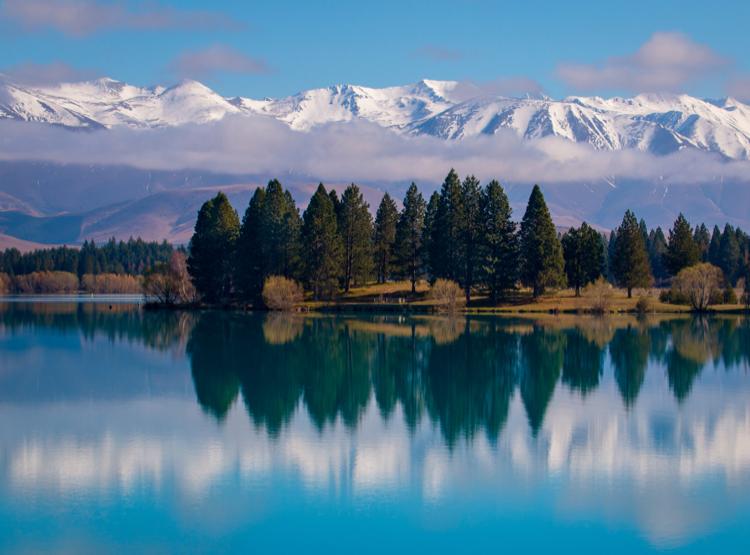 While the tourist trails around the Mackenzie are so well-trodden they might as well be paved, there are still plenty of ways to create your own journey. If you are intrepid enough and have an idea of where to look you can very easily get off the path and find yourself completely alone in a beautiful place. In spring the fields of canola flowers bloom into crazy hills of yellow against purple snow-capped mountains outside Fairlie that give you a teaser of what’s in store as you drive down the road from Christchurch towards Tekapō. Look beyond the crowds at Tekapō and get lost among the backcountry roads, and you might find yourself at some of the most classic old school caravan parks that would be the dream of today’s hipster travellers. 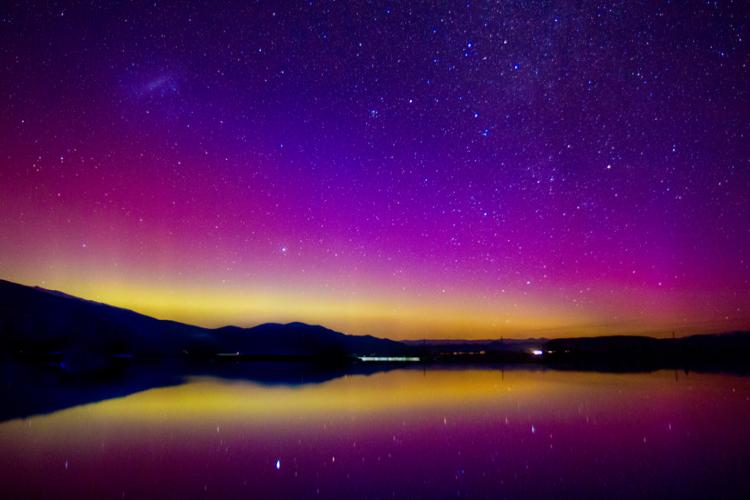 The aurora shimmering near Twizel in winter. © Liz Carlson

This part of New Zealand is a place so pure, with air so clean it’s one of the biggest dark sky reserves in the world. While Tekapō is famed for its stargazing with tours around its Mount John Observatory overlooking the town, Twizel, Mount Cook and other places around the Mackenzie also benefit from the complete lack of light pollution. So if you find yourself in this part of New Zealand on a clear night, be sure to go outside and look up – you will be blown away but how clear and bright the Milky Way looks here. And if you’re a very keen photographer or just interested in watching the heavens, be sure to look south because you will often see the Aurora Australis or Southern Lights glowing pink and green on the southern horizon line any time of year. 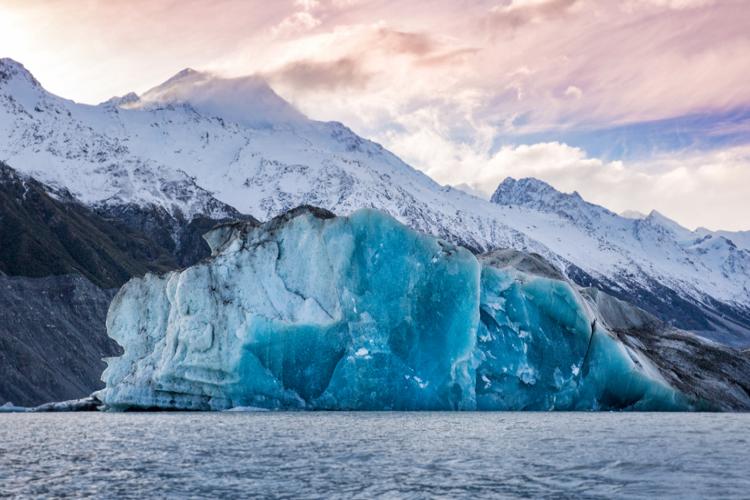 The Mackenzie country is a place whose beauty wows in all four seasons and all types of weather. Around April and May, all of the old farm trees turn a spectacular yellow and gold as the mountains get their first dump of winter snow. The days are often calm and crisp and the lakes turn into perfect reflections. Above all Twizel looks glorious in the autumn colours. Twizel has some of the best cafes too, where you can choose between Poppies, Shawty’s or the Musterer’s Hut. For being such a sparsely populated part of the world, it sure has its fair share of memorable characters and quirky businesses. 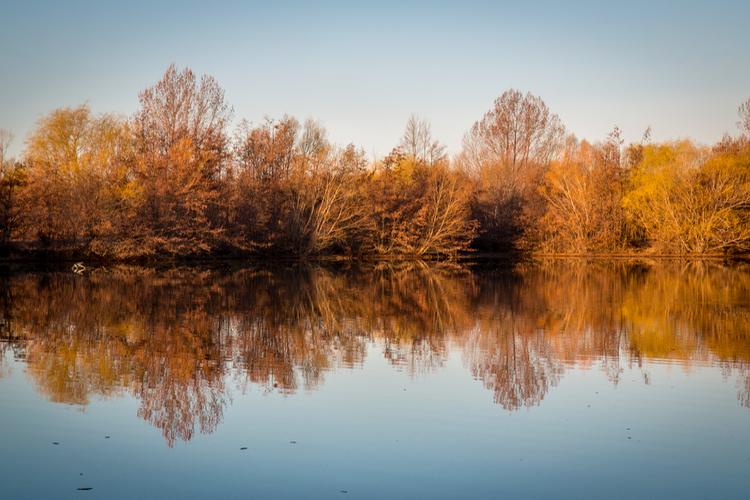 Golden trees near one of the many camping lakes in the Mackenzie country. © Liz Carlson

Twizel is often used as a gateway to the Southern Alps around Mount Cook National Park, and it’s a great location to base yourself, especially with more eccentric baches than you could ever want to choose from. Aoraki / Mount Cook National Park was the playground of legends like Sir Edmund Hillary, but you don’t have to be a mountaineer to appreciate its beauty and epic location.

To say it’s stunning doesn’t even begin to do it justice.

There are classic easy walks like the Hooker Valley which bring you to the Hooker Glacier Lake at the base of Mount Cook that almost anyone could do, to intense multi-day tramps like to the classic red Mueller Hut, which is perhaps New Zealand’s most scenic hut. 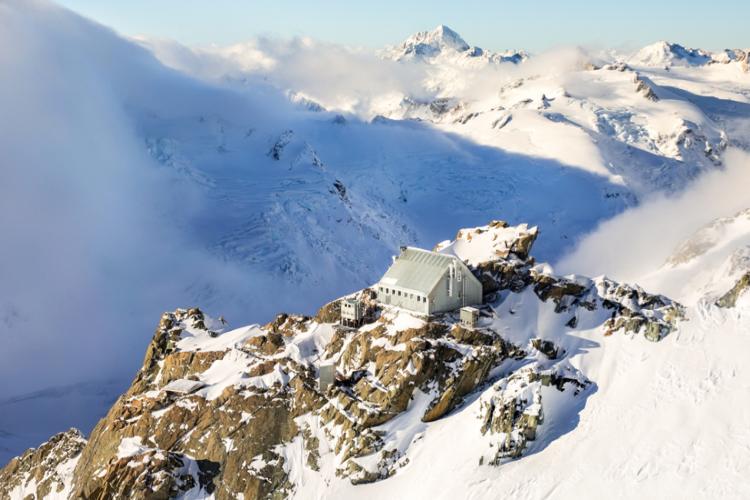 If you want to splurge, Mt Cook is the place to do it. Only from the skies can you really appreciate and begin to understand how vast and wild this part of New Zealand really is. There are plenty of scenic flights to chose from in the area but make sure you join one that lands in the snow or on a glacier. It’s worth giving yourself a bit of a time window in case of bad weather, but no matter what there is always something to do.

The Canterbury high country around the Southern Alps is famously beautiful. It's a place that deserves to be experienced by Kiwis at least once in their lives, if not on a regular basis.

There is so much to see, do and explore here, you could keep coming back and still feel like you’ve only scratched the surface. Whether you are a romantic traveller, an inspired creative, a hardy outdoorsman, or someone just looking for a kickass holiday in a spectacular location, Mackenzie has something for everyone. 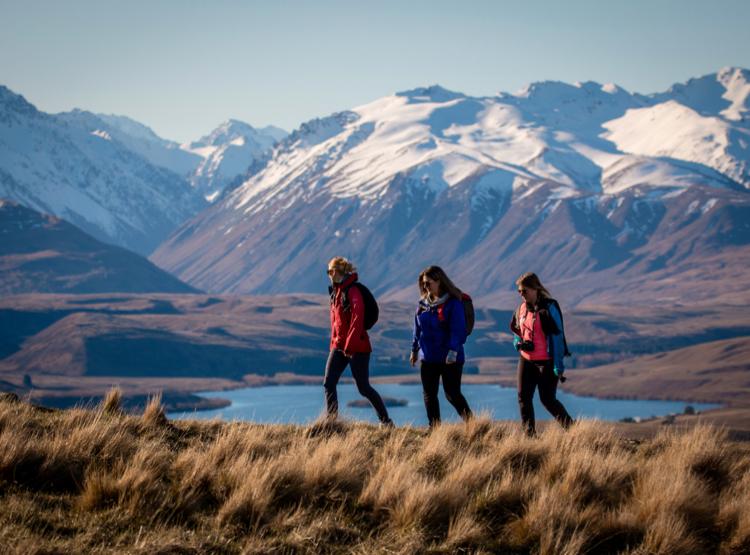 Be prepared for your day walk

Liz Carlson is the creator of Young Adventuress, one of the biggest travel blogs in the world.

Based in Wānaka and always on adventures around New Zealand, she is passionate about Instagram, strong coffee and saving the kākāpō.

Show me more by Liz Carlson

Check out more of the Mackenzie District...

Aoraki Mount Cook National Park: home to our own Everest

There are several fantastic walks around the village that provide views of Aoraki Mount Cook and the surrounding native alpine bush. Read the story . . .

By day, the view’s pretty spectacular – the arid splendour of the Mackenzie Country dominated by Aoraki Mount Cook. But you really want to be here when it gets dark...  Read the story . . .

Be prepared for your day walk

Liz Carlson is the creator of Young Adventuress, one of the biggest travel blogs in the world.

Based in Wānaka and always on adventures around New Zealand, she is passionate about Instagram, strong coffee and saving the kākāpō.

Show me more by Liz Carlson

Check out more of the Mackenzie District...